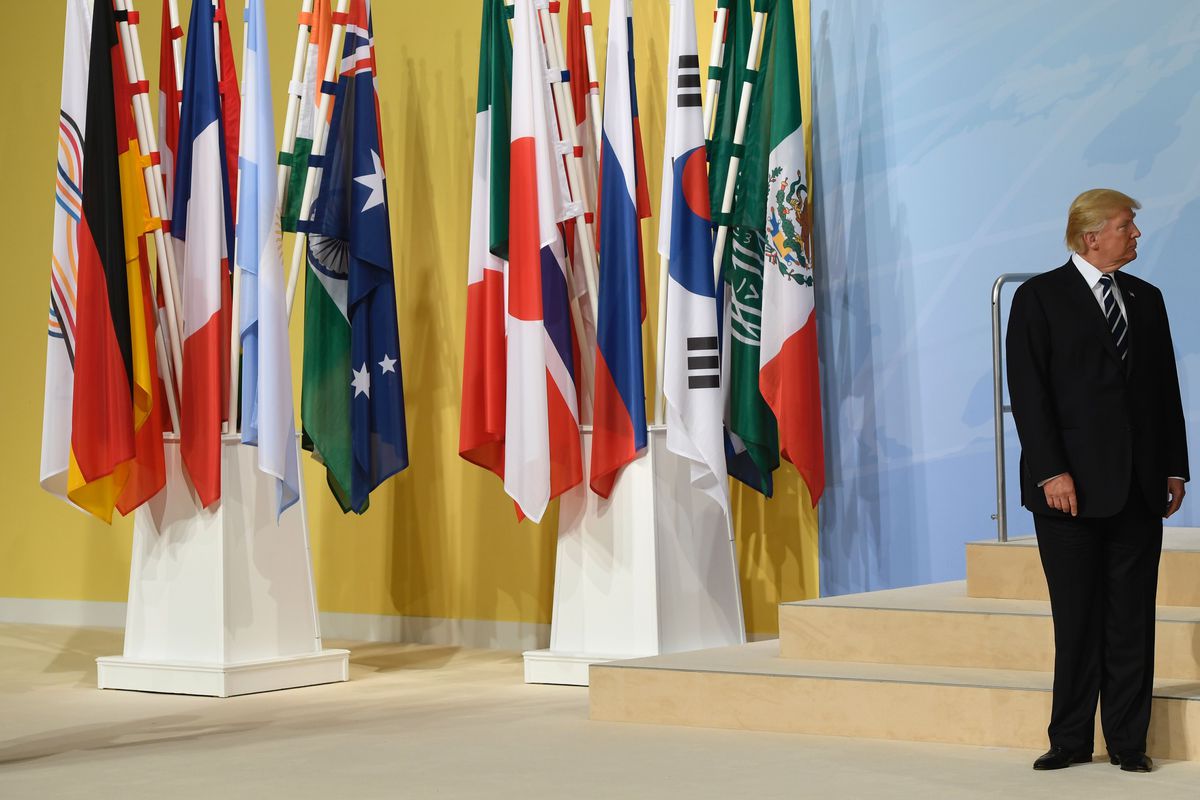 Despite its weaknesses and insufficiencies, the organization of leading rich and developing nations is one of extraordinary usefulness. The governments seated at the Group of 20 summit represent more than two-thirds of the global population, 85 percent of global gross domestic product and 75 percent of global trade. Between the elite of the club of leading industrial nations (where only the most advanced Western economies are seated), the ineffectiveness of many United Nations organizations (where all 193 members are seated), and the absence of a global government, the G-20 combines sufficient legitimacy and efficacy to be the stage from which the direction of global governance should be directed..

Multilateralism is the only way of ordering, albeit only to a limited extent, the complex world we live in, one plagued by tremendous obstacles, whether they be economic (trade and investment) or more political (climate change, immigration and terrorism). An opportunity exists for a globalization that works for everyone, and it is in forums such as G-20 where that possibility could materialize.

This understanding of the necessity for rules and agreements is shared far and wide, except in Washington, D.C., where Donald Trump governs with his “America First” slogan. He didn’t adopt this slogan casually; it comes directly from the 1930s when protectionism and authoritarianism thrived.

Ironically, in this contempt for the G-20 summit and multilateralism, this weekend we have discovered actors as disparate as Trump and violent anarchism, which has made Hamburg, not known for its ideals, purposes or principles, a city seized by street violence.

In Hamburg, Trump’s insistence on disassociating from the climate change agreements and reserving unilateral protectionist actions for himself has been, at the very least, impeding the finalizing of a joint statement. Unfortunately, the U.S. president has marked the global agenda by changing his mind and by his contradictions. After speaking in Warsaw on the West’s civilization crisis and being asked if he is ready to defend his values, he ignored all the problems the West has with Russia in his first interview with Putin and continued the unabated hostility toward Mexico with his promise to make it pay for the wall. Then, in the best Eastern style of governance, he sent his daughter Ivanka to wow the other leaders instead of the secretary of state, as protocol dictates.

The good news is that the G-20 will move forward, even if it’s as the G-19. Fortunately, everyone else has a direct interest in making sure Trump isn’t going to succeed in derailing globalization or global governance. The G-0, or the G-1 as Trump dreams it, isn’t going to happen. This week, Europe has signed a crucial free trade agreement with Japan, will ratify another with Canada and should continue fighting for multilateralism. With or without Trump.