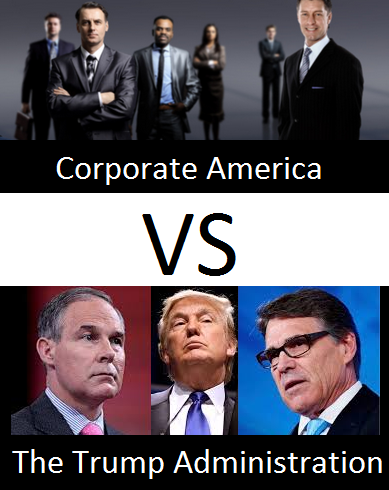 Everything has gone awry between American business leaders and Donald Trump. The president’s decisions to withdraw from free-trade agreements, his withdrawal from the Paris climate agreement and even the banning of nationals from Muslim-majority countries from entering the United States quickly left a number of executives disenchanted, as they had hoped that once the real estate king was sworn in, they could influence government decisions. But, as The Economist reported, “the Trump era has made it even harder to stay above the political fray.”

This is a big shift for companies which, in the past, did everything they could to remain apolitical. Their main objective was to increase returns for their shareholders and to focus, through lobbying, on lowering fiscal pressure and the number of regulations. Anti-Trump reactions only reinforce a longer-term trend by companies which, more and more, have societal and environmental objectives, namely the creation of benefit corporations in the last decade. This also takes into account pressure from employees and institutional shareholders (pension funds, asset managers).

The United States is not alone in this evolution. Unilever, for example, prides itself on how well it treats its employees and on respecting the environment. But the movement is particularly marked in the United States, not only because of the large number of multinational corporation headquarters, but “also because Trump is unique. He’s impossible to forget.”*

*Editor’s note: This quoted passage, although accurately translated, could not be independently verified.