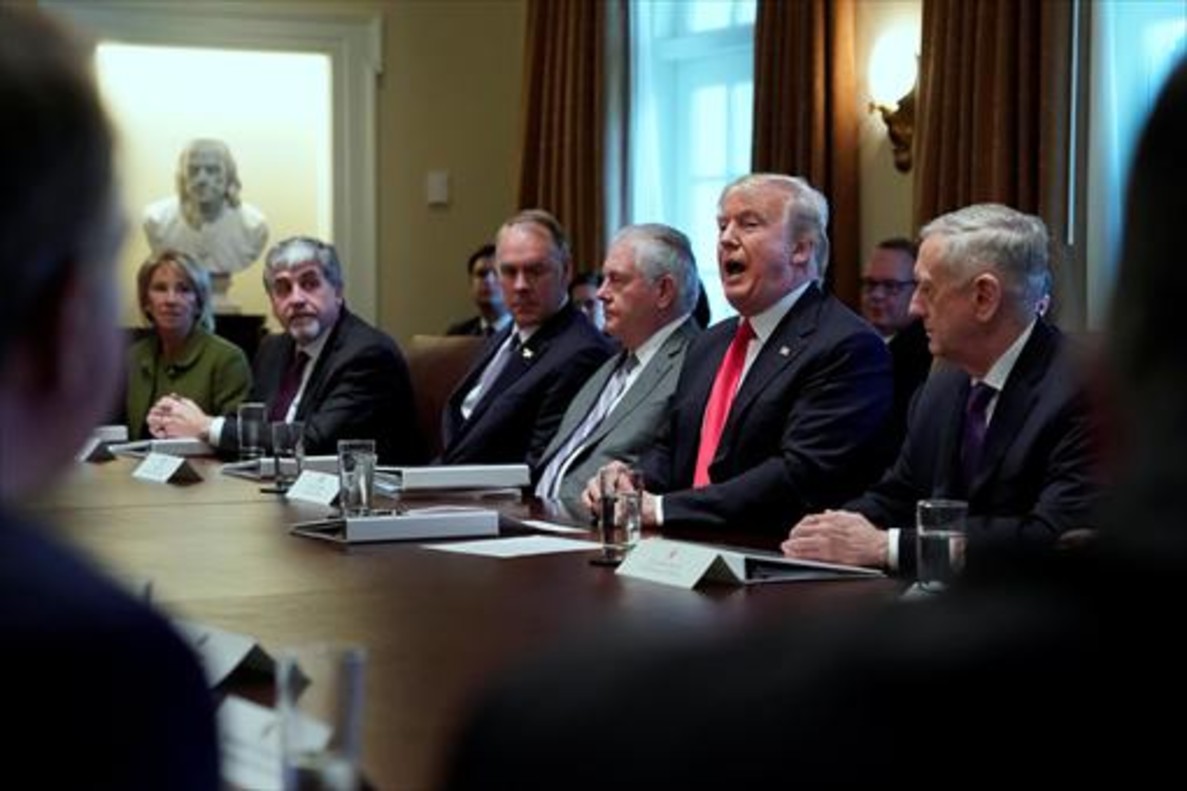 A global wave of shock and condemnation has been unleashed after the latest racist outburst by President Donald Trump, who referred to African and Central America nations as “shithole countries” in a closed-door meeting about immigration on Thursday. Even though on Twitter this Friday, Trump himself denied having used those exact words, Dick Durbin, the Democrat senator who was in the Oval Office, confirmed that Trump did use those words “not just once, but repeatedly.” None of the Republican members of Congress who attended the meeting have denied it either, although a couple of them claim they “do not recall” the exact phrase. And Trump’s lukewarm self-defense (he only admits to using “tough language”) has not deterred the complaints and demands for correction arriving from, among other places, the United Nations, the African Union, and the countries directly insulted, such as El Salvador and Haiti.

“There is no other word one can use but racist,” criticized Rupert Colville, spokesman for the United Nations High Commissioner on Human Rights, in Geneva. “You cannot dismiss entire countries and continents as ‘shitholes,’ whose entire populations, who are not white, are therefore not welcome.”

Once more, Trump has opened up a diplomatic crisis. The El Salvadoran government has sent the United States government a “letter of protest” and has demanded “respect for the dignity” of its people. In Haiti and Botswana, American diplomatic representatives have been summoned by the authorities to explain the words and sentiments of their president. And the African Union expressed being “frankly alarmed” through its spokeswoman Ebba Kalondo, with the reminder that “given the historical reality of how many Africans arrived in the United States as slaves, [Trump’s] statement flies in the face of all accepted behavior and practice.”

The condemnation has reverberated within the U.S. as well, with one remarkable and significant absence: no leader in the Republican Party has vigorously condemned Trump’s comments. House Speaker Paul Ryan merely said that the comments were “very unfortunate” and “unhelpful,” and only a handful of conservative members of Congress (including one with roots in Haiti and several from states with a strong Latin and African-American presence) have used emphatic terms such as “unacceptable” and “gross misrepresentation,” calling for clarification.

This is not the first time Trump has openly expressed racist sentiments, not by far. He has done this throughout his life, even before getting into politics. The Justice Department investigated his family business for racial discrimination in apartment rentals, and there is plenty of evidence of this racism, from his campaign against five young black men wrongly accused of rape in Central Park (a campaign which he continued to wage despite the men’s exoneration) to statements such as those included in a book by a former executive of one of his casinos, where it was reported that Trump complained about a black accountant by saying, “laziness is a trait in blacks. It really is. I believe that. It’s not anything they can control.”

Likewise, Trump has played the racism card ever since he launched his candidacy so as to (successfully) stir up the most radical and racist segment of the electorate. Not only did he keep alive the conspiracy theory that Barack Obama, the first black president, was not born in the U.S., but he launched his campaign characterizing Mexicans as “rapists” and “drug dealers,” made the Muslim ban one of his political proposals, and was slow to distance himself from a white supremacist leader.

Since arriving in the Oval Office, Trump has shown many signs of racism, from his position on the charged “neo-Nazi” demonstrations in Charlottesville to referring to the mostly black athletes protesting racist police brutality with the term “son of a bitch,” or his confrontation with the widow of a black soldier who was killed in Niger. His statements have often been interpreted as electorally-encoded messages to his base. On Thursday, however, when he asked “Why are we having all these people from shithole countries come here?” and displayed his preference for the arrival of immigrants from (mostly white) countries like Norway, he did so behind closed doors (like he did in June, when he said Haitians “all have AIDS” or when he spoke about Nigerians with disdain, saying that they would never “go back to their huts” if they arrived in the U.S.). Perhaps he never thought his words would become public. Just perhaps.