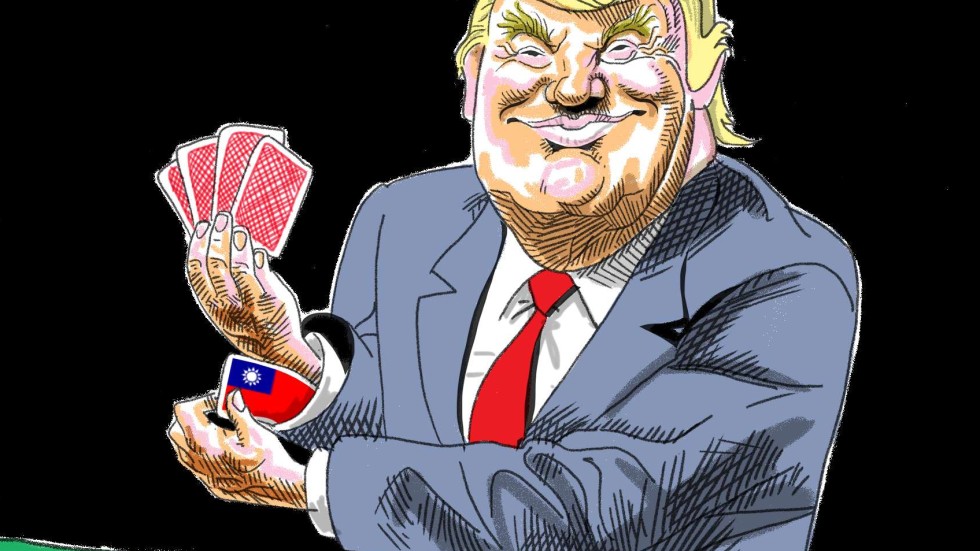 Izvestia newspaper commentator Natalia Portiakova talks about why the United States adopted bills on cooperation with Taiwan to spite China and what it will lead to.

New tension is brewing in China-U.S. relations. The reason for that concerns two bills dealing with the relationship between the U.S. and Taiwan passed by the House of Representatives last week.

One of the bills refers to official visits by American government officials and diplomats to Taiwan, and the return of visits by Taiwanese government officials to the U.S. Such visits have not exactly been forbidden, but have been diligently avoided since 1979 when Washington established diplomatic relations with the People’s Republic of China and broke off relations with Taiwan, in order not to anger Beijing. Now the U.S. intends not only to legitimize such diplomatic exchanges, but to develop them in every possible way.

The second bill expresses the United States’ intention to assist Taiwan to obtain observer status in the World Health Organization. Taipei has attempted to force its way into the United Nations’ structure since the 1990s; however, it has always been blocked by Beijing on the grounds that Taiwan’s membership in any international structure undermines the “One-China principle” given the fact that the People’s Republic of China considers Taiwan to be a breakaway Chinese province and an integral part of the territory of the PRC.*

These bills must still be approved by the Senate and be signed by President Donald Trump before they become law. However, China has already made it clear, and in very strict terms, that if the president signs these bills, it will, to put it mildly, not favor China-U.S. relations.

Obviously, China’s reaction is not surprising. Anytime Taiwanese officials are welcomed abroad, it irritates Beijing even more than meetings of foreign leaders with the Dalai Lama.

A year ago, Trump had already provoked a serious scandal by speaking on the phone with the leader of Taiwan, Tsai Ing-wen, contrary to protocol, thus clearly hinting that Beijing’s cherished “One-China” principle was not at all binding on the United States. In such a case, we cannot know for certain if this was some wild blooper by the U.S. president, who has famously taken the attitude of “my way or the highway” when he speaks.”

The U.S. political establishment generally leans toward Taiwan. Even after breaking off diplomatic relations, the U.S., as we know, did not relinquish its obligation to ensure Taiwan’s security, periodically supplying weapons to the island. However, the U.S. attitude toward the government of the island is clearly based not on sentimentality and general democratic values, but on cold calculations.

In January 2017, when the president of Taiwan requested a stopover in the U.S. on the way to the island’s few diplomatic allies in Latin America, she was greeted in a very elaborate manner in Texas. At the time, Sen. Ted Cruz stated in response to Chinese indignation about the visit that China does not have veto power over American meetings with foreign dignitaries, and that the United States will “meet with anyone, including the Taiwanese, as we see fit.”

This was the beginning of Trump’s presidency, when he threatened China with trade war. Americans actively played the Taiwanese card in anticipation of certain concessions before they started the dialogue with Beijing.

The current situation shows that this Taiwanese card was not conclusively played, and the U.S. might use it again as a bargaining tool in negotiations with China. A year since Trump entered the White House, the U.S. claims of “unfair” Chinese trade practices (for example, artificial undervaluation of the yuan rate and state subsidies to Chinese exporters) have not diminished. Moreover, the situation with North Korea, which cannot be resolved without cooperation from China, does not provide much ground for optimism either.

After all, despite what Trump wants from China, the PRC is unlikely to become more compliant if suddenly the leader in the White House suggests that he will not sign two pro-Taiwanese bills, or if he signs them, but will not implement them in practice.

First, no one likes to be pressured, and the Chinese have their centuries-old dogma about how it is unacceptable to “lose face”; their current leader, Xi Jinping, does not like pressure either. This is especially pertinent given the fact that under the new American concept of national security, China is officially a strategic rival of the U.S.

In addition, the support of the United States is a two-edged sword for Taiwan itself. Along with its elation over the fact that its long-time ally has not forgotten about the interests of the island, the island authorities fear that Taiwan risks becoming a subsidiary coin in the geopolitical games of the two powers.

For now, there is a certain status quo in the relations between the both sides of the Taiwan Strait, and economic ties are rapidly developing (Taiwan’s trade with the mainland, by the way, exceeds its trade with the U.S. three times over), which, according to China, will gradually pave the way for peaceful unification. Beijing plans to achieve peaceful unification by 2050. Specifically by then, according to Xi Jinping, there must be a “great revival of the Chinese people,” which includes the reunification of Taiwan with the mainland.

However, by actively playing the Taiwanese card, the Americans might push China to move up its deadline for unification. There is no telling whether it will be peaceful. After all, no one repealed the 2005 law “on preventing the split of the motherland,” which legally gives the PRC the right to use military force in case of a threat to the unity of the country.

*Translator’s note: Taipei, officially known as Taipei City, is the capital and a special municipality of Taiwan (officially known as the Republic of China or ROC). The “One China principle” is the principle that both Taiwan and mainland China are inalienable parts of a single China.