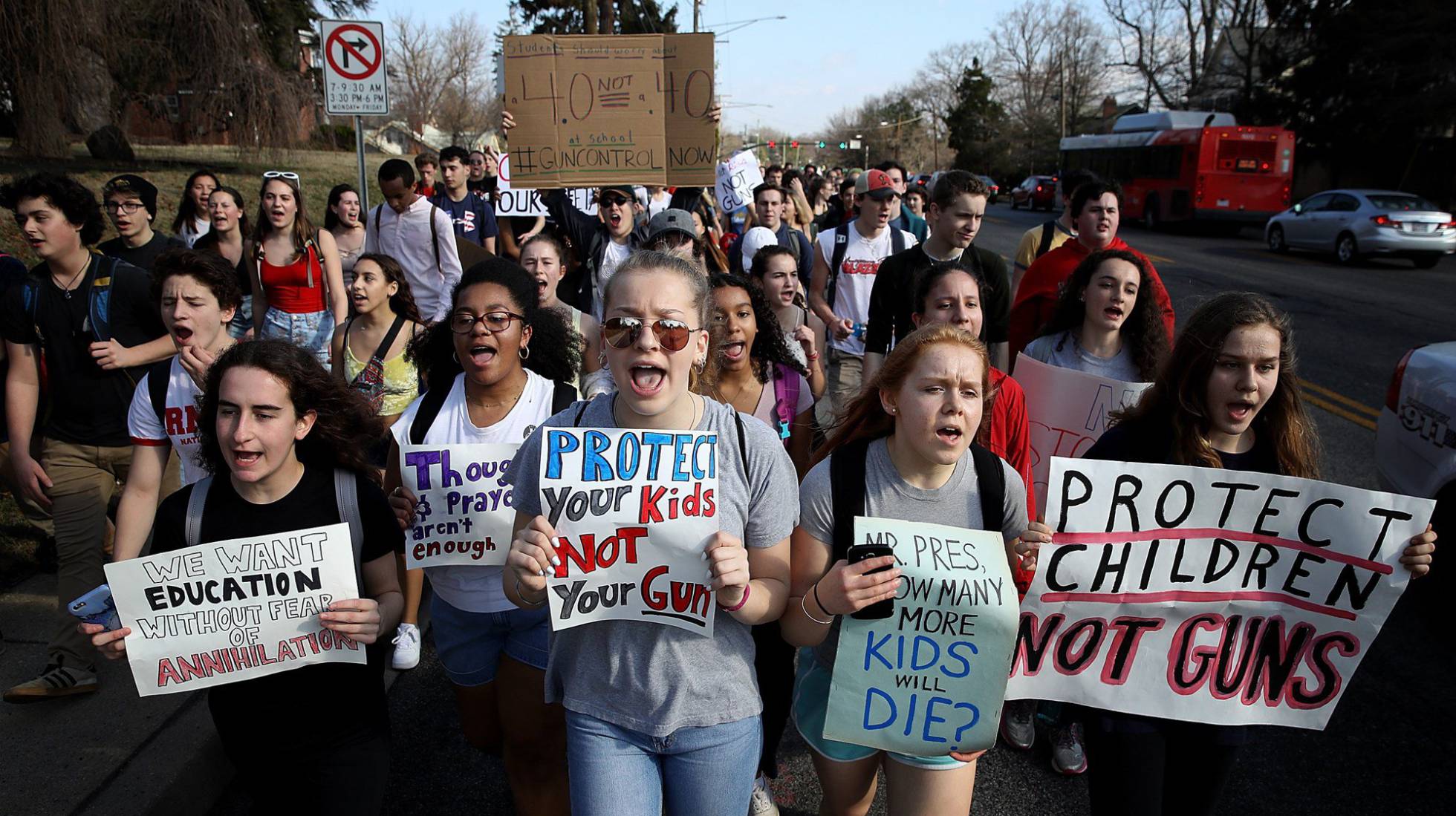 Following the feminist uprising, it’s now the turn of the schoolchildren, victims of firearms.

Not even one dollar of the budget will go to toward studying or promoting the control of the sale of firearms. Congress, which approved such measures two decades ago, is not only making an effort to maintain the open sale of firearms, it is also reluctant to let people see the effects of their complacency with respect to the powerful National Rifle Association, the lobby that dedicates huge quantities of money to paying for support of its organization, thus maintaining the biggest market for lethal weapons in the world.

Society, fortunately, has its own instruments for tracking the effects of political decisions — in this case, the shocking statistics provided by scientific associations. Each year in the United States, more than 7,000 children under the age of 17 are killed or seriously wounded by guns, a plague that affects schools and forces them to introduce armed guard protection and have students and teachers undergo security drills. When considering the most developed countries together, more than 90 percent of deaths by firearms are concentrated where access to them is easiest, which is in the United States — a country with more weapons in circulation than inhabitants.

This is already too well known, at least since the Columbine slaughter almost 20 years ago. As the equation demonstrates, the more arms there are, the more deaths there are, and especially of children, not only by mass slaughter, but also by domestic violence or suicide. There are no serious arguments on the table, except one that interprets the fight as part of a cultural war between right and left and which demands mutual respect as a prior step to the resolution of the conflict. “The people who defend gun rights believe that snobbish elites look down on their morals and want to destroy their culture,” conservative columnist David Brooks has written.

Easy access to firearms is an issue of public safety but also a cause for political polarity, as it raises the question of identity in all communities. The constitutional protection of free access to assault rifles is an identity sign that nobody has managed to reverse despite efforts that are made after every slaughter. That is, until Parkland, where it has been our own children, the most vulnerable of citizens, who intend to rise above the inaction and insensitivity of the politicians, go so far as to organize a march on Washington for March 24.

All tribes claim their arms in the tribal shifting of our democracies. The most dangerous tribes are the ones that need firearms that genuinely kill, rather than as symbolic weapons used by other tribes to distinguish themselves from the rest and carve out their identity. After the #MeToo movement against sexual harassment, now arrives #MarchForOurLives for the prohibition of assault rifles. Following the women’s uprising, comes the children’s movement, the voters of the future. It wouldn’t be strange if Trump begins to consider things carefully.