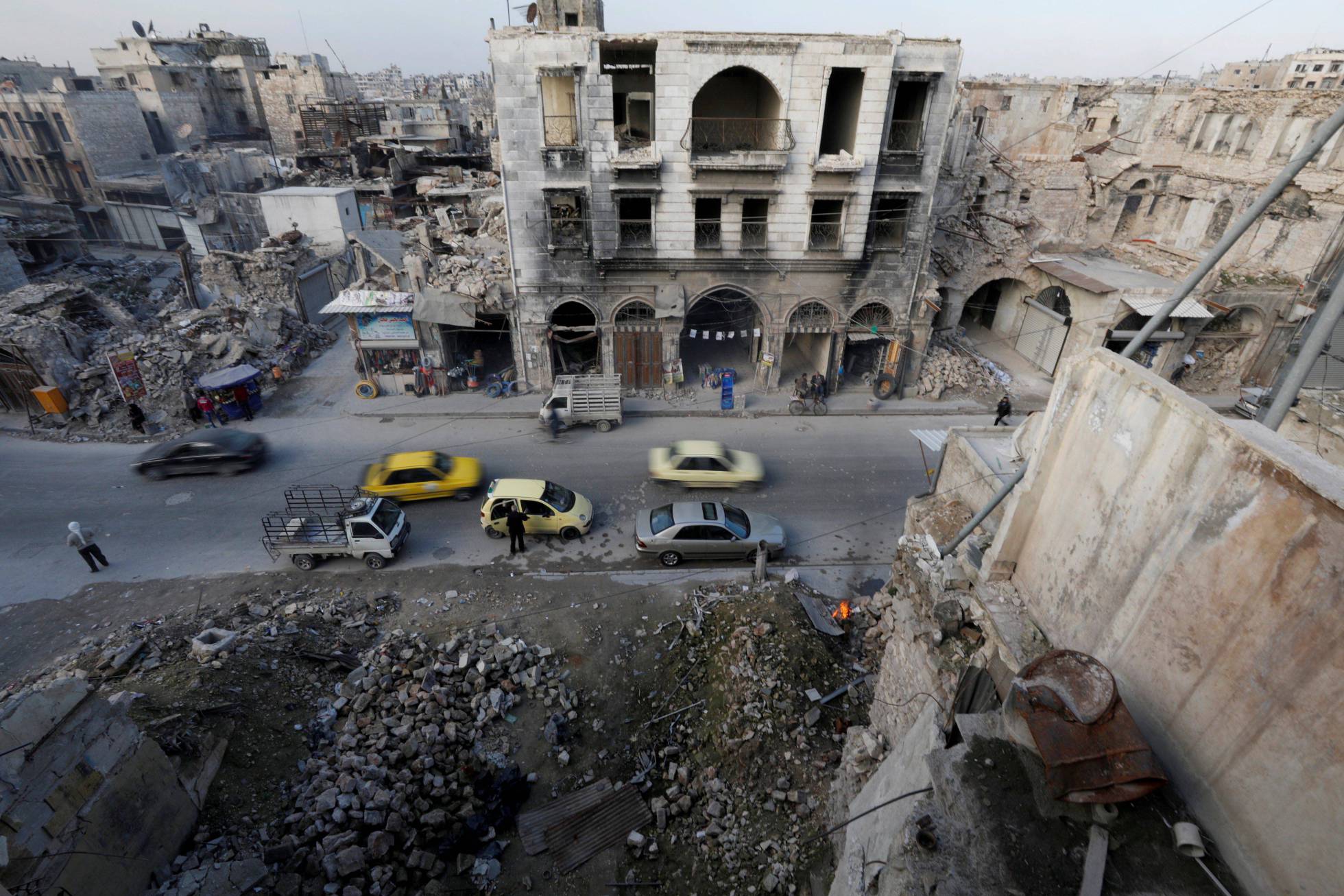 The Assad regime has achieved survival on top of a mountain of bodies, a river of refugees and a divided country.

The Syrian war is coming to an end. The eastern axis, the alliance between Iran and Russia that supports the Bashar Assad regime with which Turkey has conspired at the end, has the advantage over the West – U.S., Saudi Arabia and Israel – which is burdened by Washington’s diplomatic weakness at a time when the structure for peace is already being explored.

The adversaries are acting typically for the final stages of a war, when forces try to increase the territory that they control to be in the most advantageous position for the obligatory negotiations that follow the insanity of seven years of destruction and death. The cruelty and cynicism of this finale will exceed anything that we have seen until now and could last for as long as the combatants need in order to feel satisfied with the maps in their hands when it is time to distribute the spoils.

A new contest is spawned between a rising Eastern axis (Russia, Turkey and Iran) and a Western axis (U.S., Israel and Saudi Arabia)

This is a special war, different from others that we have known, given that there are not two sides but multiple sides, difficult to place on the map, and each one has at least two enemies to fight simultaneously. It is both a civil war and an international war, due to the origin of the combatants and the intervention of regional powers and two superpowers, Russia and the U.S. — the closest thing to a world war in scale. Furthermore, it has produced reversals in alliances and changes in the makeup of the conflict.

It began with a popular revolt against the regime, part of the Arab Spring of 2011. Later, it became a civil war and saw a war within a war with the ferocious Islamic State using it as a base for its global war against the West. It is finishing as an indisputably international contest between the regional powers of Turkey, Iran and even Israeli intervention, and with Russia and the U.S. acting initially through proxies and, later, with boots on the ground.

A variety of militias and armies are fighting on this field, creating terror. First, there are the Iranians, with recruits from Afghanistan, Iraq and Lebanon and high ranking command from the Revolutionary Guard. There are Russian soldiers, some through private contract companies, which have just suffered severe losses from American fire. There are around 2,000 U.S. soldiers intended for fighting the Islamic State group but prepared to remain and work toward containment of Iranian troops. Also, there are Turkish forces tasked with the conquest of the Kurdish enclave in Afrin. Finally, the international jihadi brigades, recruited from all of the Muslim world including Europe, whether it is al-Qaida or the Islamic State group, are much diminished after the defeat of the Islamic State group, but still present in and controlling pieces of territory. Chemical weapons have reappeared in the current escalation in at least two attacks by the Syrian regime against rebel forces.

The inventory of devastation is colossal, rivaling the peak of suffering in European territories devastated by World War II. Cities have been entirely destroyed, heritage archeological sites leveled, infrastructure and factories crushed, and above all, the death count is almost half a million, the large majority of which are civilians with no direct military involvement. In addition, there is the matter of displaced persons, more than 6 million within Syria and nearly 5 million outside, all out of a pre-war population of 21 million.

The appearance of a short-lived contestant, the self-proclaimed Islamic State group, has been another new development. They announced themselves in the Iraqi city of Mosul in June 2014 and were the first terrorist group to occupy extensive territory between Iraq and Syria, with control of oil wells, factories and large cities. The use of social media and videos to publish mass executions and terrorist proclamations has been a primary propaganda weapon for recruiting combatants throughout the world and terrorizing and mobilizing the international community.

If we pay attention to the military propaganda of the different adversaries, almost none of them escape the accusation of being complicit or even important in the consolidation of the Islamic State group. For the Assad regime and its allies, it is a direct creation of Israel, the U.S. and Saudi Arabia. Trump has contributed to this argument through his accusations about Obama and Clinton, as has the Saudi monarchy, by supplying money and weapons to jihadi rebels combating Assad who are ideologically close to the Wahhabi regime in Riyadh.

The accusation against Ankara is based on the fact that, for a long time, international combatants have entered Syria from Turkey after landing in one of its airports from all over the world. Also, Islamic State group troops received supplies arriving through Turkey, and injured troops were treated there. Recep Tayyip Erdogan has theoretically faced three enemies in this war, instead of two like the rest of the rivals: Bashar Assad, the Kurds and the Islamic State group, which he initially preferred to leave in the background. Finally, under pressure from Washington, which wanted to use the Incirlik Air Force base, he had no choice except to attack the Islamic State group, and the Islamic State group responded with attacks on Turkish soil.

Also, Assad has been accused of complicity with the terrorist caliphate, with whom he has had commercial treaties for oil and phone services, according to Time magazine. When he wanted to transform the civil rebellion into an armed uprising and later carry the civil war to the opposition in the interior in order to weaken it, the Islamic State group was the instrument for these operations so typical of the secret services of the region, according to a theory that has been defended in the U.S. Congress.

The final liquidation of the mysterious Islamic State group has been a matter for the guerrillas of the YPG or People’s Protection Units. They are armed and supported by the U.S. to the enormous disgust of Erdogan, who has reacted by invading the Syrian district of Afrin in order to block PKK-linked troops from securing territory on the border.* Two NATO countries, the senior partner, Washington, and the European partner, Turkey, which is second in military force, now find themselves on opposing sides at the end of the Syrian War, which puts an unusual strain on the Atlantic alliance. The war has also produced military contact for the first time between Israel and Iran, with the downing of an Iranian drone first, and later, an Israeli F-16, and finally, a large-scale Israeli army operation against Syrian and Hezbollah bases.

Chemical weapons have reappeared in the current escalation in at least two attacks by the Syrian regime against rebel forces. “This is the most dangerous time in my four years as special envoy,” noted U.N. Representative, Staffan de Mistura. The principal danger is that the war, until now contained in Syria, will extend to Lebanon, Jordan and Iraq instead of ending in a diplomatic solution, still improbable, in which Moscow and not Washington takes the baton.

*Editor’s note: The PKK stands for the Kurdistan Workers’ Party, an organization based in Turkey and Iraq which is engaged in an armed conflict with the Turkish state.