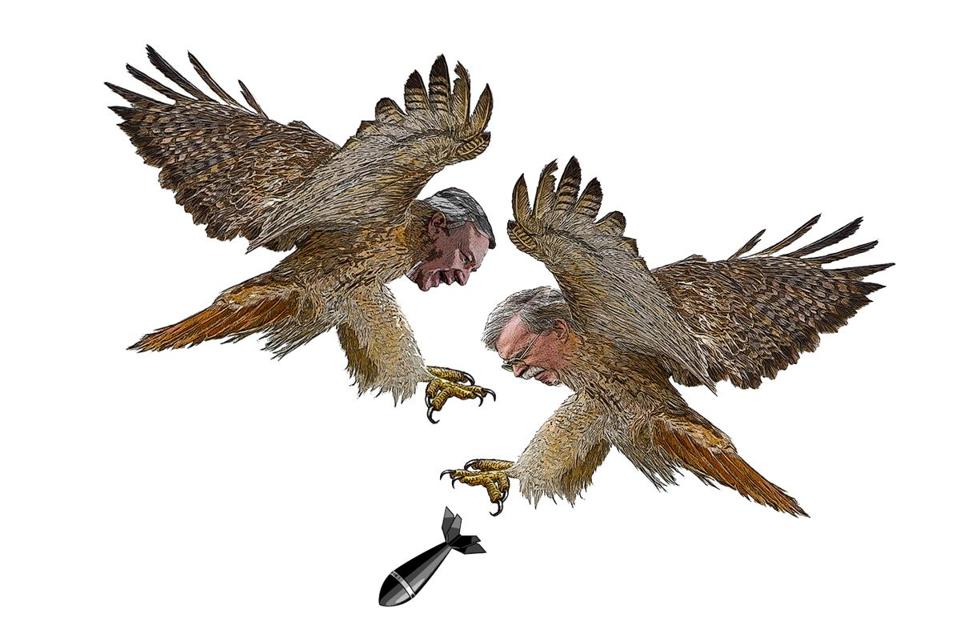 The world is holding its breath in anticipation of Donald Trump’s decision on the nuclear deal with Iran. It would be senseless if the U.S. chooses to pull out.

“If it ain’t broke, don’t fix it” is a good motto. In 2015, a deal was struck between Iran and the so-called P5+1 group (U.S., France, Germany, U.K., Russia and China) concerning the Iranian nuclear program. The deal includes, for example, giving the world insight into the program, as well as drastically reducing the number of centrifuges.

The deal is described as perhaps Barack Obama’s greatest foreign policy triumph. The International Atomic Energy Agency, carrying out the inspections, has put together 11 reports by now, all of them showing that the Islamic dictatorship is adhering to the agreement.

It is not a perfect deal, far from it. But it is a pragmatic agreement that is buying the world time and avoiding a military confrontation or nuclear arms race in the Middle East. That is good enough in a conflict-ridden region where compromises carry low value.

The Hawks Around Trump Are Strong Critics of the Iran Deal

But as we know this is not President Trump’s reasoning. He has for a long time been raging against the agreement, calling it “the worst deal ever.” In January, Trump explained that this was the last time he would extend the nuclear deal. The next deadline is May 12. Hence, the time to save the deal is about to run out.

The forecast is not looking brighter following some of Trump’s latest recruitments. The new secretary of state succeeding the fired Rex Tillerson will be CIA Director Mike Pompeo, who has previously been highly critical of the Iran deal. In terms of foreign policy critics, he is still outdone by John Bolton, Trump’s new national security advisor. Bolton has on numerous occasions stated that the only way of solving the problem of Iran’s nuclear ambitions is a military attack.

European leaders are doing all they can to save what can be saved. On Monday Emmanuel Macron, the president of France, is arriving for negotiations with Trump. Later in the week it is the turn of Germany’s Angela Merkel. The best-case scenario is that they manage to persuade Trump to change his mind at the last moment. Perhaps they can offer the American president some concessions, around Iran’s provocative missile program for example, something he could announce as a victory to his electorate. What possibly indicates such a development are Trump’s actions in Syria recently, where despite stinging rhetoric he chose a limited attack together with France and the United Kingdom.

What Is the U.S Signature on the Deal Worth?

The alternative is frightening. If the U.S. leaves the nuclear deal it is likely that Iran will as well. The threat of what this means came from Tehran over the weekend. In such a situation the region would be back to square one. There is a risk of a nuclear arms race with Iran and Saudi Arabia as the main players. Alternatively, the U.S. may feel forced to bomb Iran with all the dangers that would bring with it.

If the U.S. breaks the deal it would send a bad signal ahead of the meeting with the leader of North Korea. It would also seriously damage transatlantic relations between the U.S. and Europe.

This is certainly not how you make America “great again.”