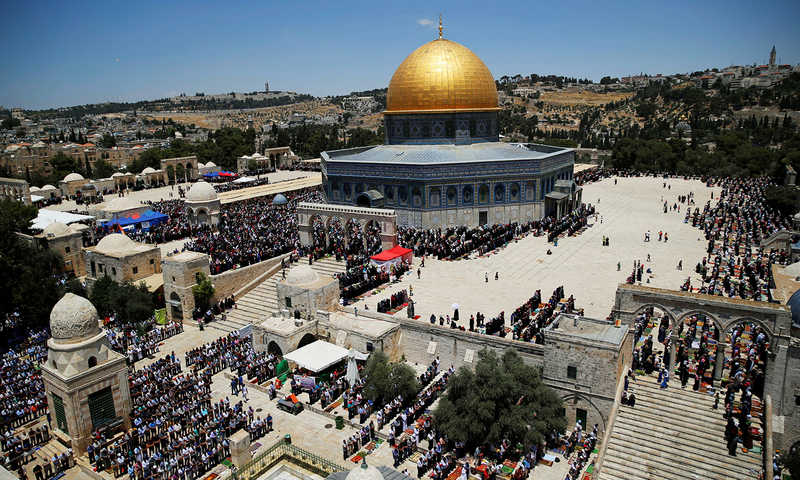 A little more than a month ago, a new consul general was appointed at the U.S. Consulate General in Jerusalem to deal with the Palestinians. Today, I will analyze several aspects of this new appointment and its repercussions.

It is important to mention that the new consul general, Karen Sasahara, is married to the previous consul general, Michael Ratney, who served from 2015-2016 during the Obama administration. Currently, Ratney holds a senior position as a consultant with the National Defense University.

Sasahara’s appointment did not come as a surprise. In addition to being the wife of the previous consul general, Sasahara also works in the U.S. State Department and is considered a seasoned veteran and expert in Middle Eastern affairs and Arab states specifically. She served in the diplomatic ranks in Iraq, Saudi Arabia and Beirut; in North Africa, including Egypt, Libya and Tunisia; and she took up the Yemen portfolio. On the other hand, she worked in the U.S. intelligence community. In addition to all of that, she accompanied her husband during his posting in Jerusalem and has sufficient relations with Palestinians, Israelis and other Arabs.

The U.S.-Palestine relationship has been stuck at an official level since President Donald Trump’s announcement of Jerusalem as “the capital of Israel.” Even the previous American consul general, Donald Blome, found himself unable to do anything about it after January, and he was forced to leave the country. His deputy, Mike Hankey, then assumed the consul general role. With this new appointment, I see that the U.S. administration has chosen a woman who enjoys a network of important relationships on the official level as well as across civil society and nongovernmental organizations. The Trump administration chose her in the hopes of potentially renewing the U.S.-Palestinian relationship. Sasahara is an expert with a long history of working in this region.

President Trump has invited President Mahmoud Abbas to meet on the sidelines of the United Nations General Assembly in New York at the end of this month. Many see this as an opportunity although we know the Palestinian position is already clear. In the event that President Trump rescinds his decisions regarding Jerusalem and refugees, recognizes the right of return and respects international laws regarding the peace process, the Palestinians would have no objection to dealing with the Americans on an official level. Yet everyone realizes that Trump does not care about Palestinian interests.

The “man of deals” realized this week that the Palestine-Israel issue is difficult! It became clear to this man that he doesn’t have any deals to make or information about this issue. Now he is trying to blackmail us with money, starting with cutting direct support funds for the United Nations Relief and Works Agency, which funds Jerusalem’s hospitals. Trump is busying himself with managing his domestic affairs, and thus, in the Middle East, he works only to implement the Israeli government’s plans. There is a recurring question heard in the Palestinian streets: are we able, and is it in our best interest, to continue to boycott the American side? This question is raised especially in light of the reluctance by countries to think about taking on the U.S. regional role or even forming an international coalition to intervene to resolve the issue, preserve peace and international security in the region, and preserve the Palestinian people’s rights. While it is true that this question is putting pressure on the Palestinians, we are not compelled to deal with the Americans. We are entitled to our own rights.

Diplomatically, the Americans are trying in many ways to reach the official Palestinian side. We see the appointment of the new consul general as a clever decision and an attempt by the Trump administration to restart networking with the Palestinians. It is a clear attempt to shake up the Palestinian streets and to refute the predictions that the consulate will be closed or merged with the embassy. Trump must remember that he recognized Jerusalem as the capital of Israel and he must rescind that resolution.