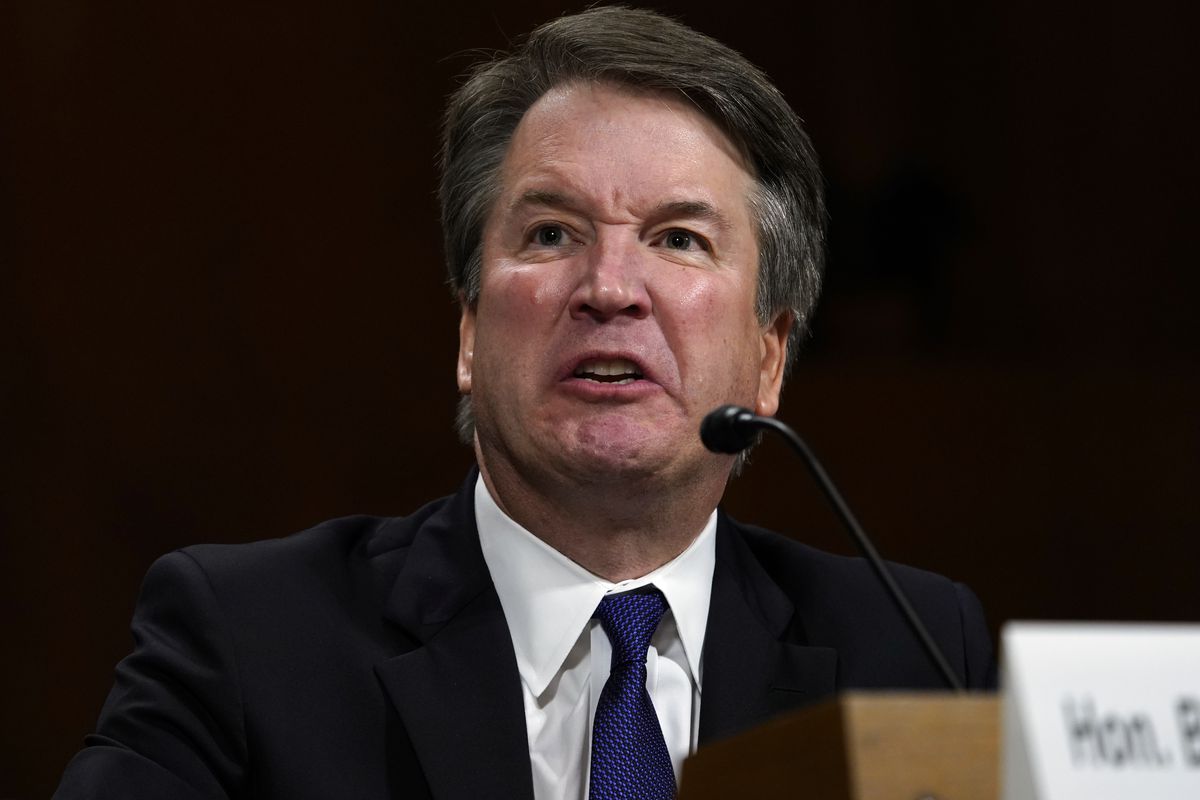 Beyond allegations of abuse, Democrats trust that his belligerence, partisanship and lack of honesty will prevent his appointment.

The extraordinary spectacle that was the scrutiny of the youthful deeds of Brett Kavanaugh − Donald Trump’s candidate for the Supreme Court − has shifted the path of the Democratic offensive in an attempt to derail an appointment that would tip the scales of the highest judicial body in the country to the right for a generation. The sexual assault allegations, which are more than 30 years old, have proven hard to confirm, and some are wary of a desperate exercise to dredge up the past, in which not everyone would come out unscathed. But the judge’s response to the allegations has provided new grounds for those who claim that the here-and-now Kavanaugh is not the right person for such a noble judicial office. His honesty, his temperance and his political independence − virtues that should abound in lifelong Supreme Court justices − have been, at the very least, compromised.

Inside a Senate which Trump’s party controls by a mere two seats, all eyes will be on three moderate Republicans and an undecided Democrat. If suspicions about the judge’s sexual conduct during his youth − which a very limited FBI investigation has not helped clarify − are insufficient for those senators to vote against Kavanaugh, Democrats trust that the spectacle he offered while defending himself against the allegations before the Senate committee last week may lead them to decide that he does not measure up to the position.

There are suspicions that Kavanaugh was not truthful about his alcohol consumption during his student years: Various witnesses assert that it was much less moderate than what the judge claims. There is also evidence pointing out that Kavanaugh was more socially connected to Christine Blasey Ford − the woman who accused him of trying to rape her − than he admitted, as well as with Deborah Ramirez, who alleges that he thrust his penis in her face during a gathering with friends. Furthermore, the judge asserted that the witnesses Ford claimed were at the party where she suffered the aggression “said that it didn’t happen.” But what those three people actually declared was that they had no specific recollection of such a party, not that it did not take place.

Beyond the potential lies, no one failed to notice the extremely emotional tone of Kavanaugh’s testimony. His aggressive, angry sneers were immortalized in the press halfway around the world. He went from tears to bitterly attacking his Democratic questioners, flippantly at times: He even asked a senator if she had ever blacked out due to alcohol, later apologizing to her.

“I didn’t like some of the more partisan references and the tone, particularly the interaction with some of my colleagues,” said Republican Sen. Jeff Flake. More than 1,700 law professors signed an open letter, presenting it before the Senate, where they argued that his “aggressive” and “partisan” testimony proves that Kavanaugh lacks the temperament required to be a Supreme Court justice.

Kavanaugh suggested that the investigation regarding the attempted rape reported by Ford is revenge on the part of the Democrats for the 2016 election and for his own role in the Bill Clinton investigation (Kavanaugh served as deputy to the independent counsel who initiated the investigations of the Clintons, which resulted in a process of impeachment). While many senators have expressed solidarity with the judge − considering that a great emotional burden is only normal when someone has their reputation questioned − others fear that his partisan interpretation of the situation is not a good omen for his ability to proceed independently in the sensitive cases where the Supreme Court must rule. Kavanaugh himself, during the first session of his nomination hearing before the Senate committee, tried to portray himself as a neutral umpire of the law and affirmed that the Supreme Court − of which he could very soon become the ninth justice − “must never be viewed as a partisan institution.”