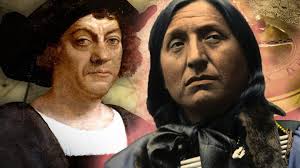 The Catholic University of Notre Dame will now cover up murals dedicated to Christopher Columbus, considered degrading to Native Americans, as requested by its president, the Rev. John Jenkins. The ideological shift of current progressive liberalism, which dominates academic culture in the United States, has reached the Catholic campus. It is accompanied by a certain universalism and totemic idea of diversity.

This ideology looks to the past with a different sentiment. It turns history into a gallery of horrors and subjugation that have to be repaired or become stigmatized. History is no longer the product of who we are, but the shame of who we are. Not only is the past detestable; the idea of difference is tolerable only if nothing is superior or inferior, if nothing is imposed upon something else. Legal equality is no longer the issue, it is an ecological, absolute and symbolic equality. Native submission to the superiority of the invader/discoverer is, therefore, an unacceptable idea, so much so that the Rev. Jenkins’ letter judges the murals in the context of the late 19th century as having been designed for the hubris of the Catholic emigrants of that time. That is, the work was justified as long as it served to integrate the Catholics among the Protestants. It was justified only to defend certain “marginalized” people. But nowadays, the Catholic Columbus is no longer highly regarded in America. America distrusts Columbus, as he does not have a history that respects its diversity. The ethnic comedians of Netflix laugh at him sarcastically in their monologues.

The unacceptable cannot be represented, so works of art are concealed, something that would be expected from religious fanaticism. Trying to avoid any form of discrimination (even in art), interferes with free expression and permits only neutral spaces that do not threaten the idea of universal and retrospective equality. The Rev. Jenkins believes Columbus repressed “vibrant cultures,” only because there is nobody to represent the point of view of those subjected to his brutality.

A liberalism that prevents freedom of expression in order to extend political correctness is no longer exactly liberal, it is anything but.