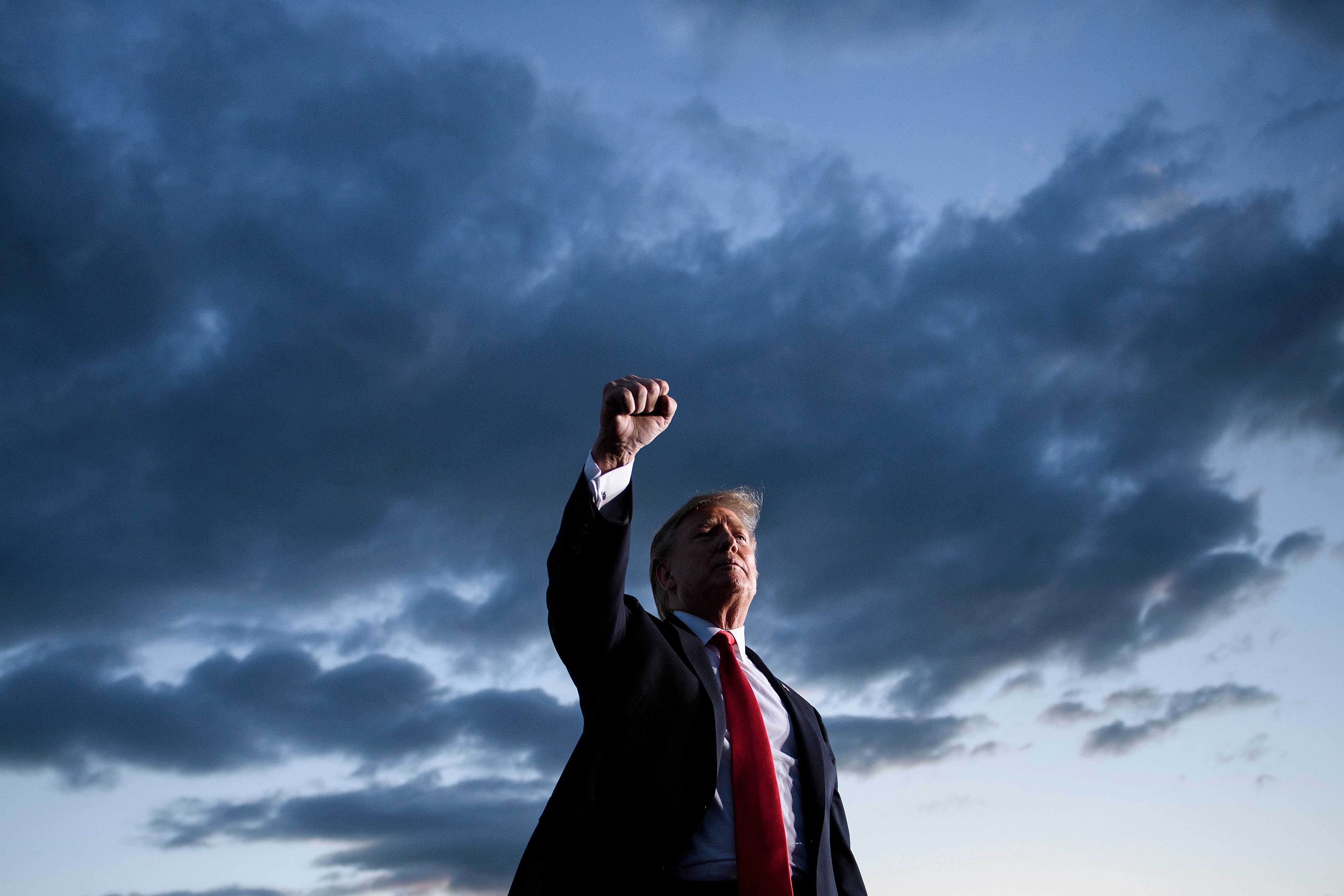 Europe must not sit out the problem with Trump; instead, it must resist. Like Angela Merkel in her speech at Harvard.

Reenactments of famous historical moments, possibly with the original uniforms, represent one of the greatest passions for American (as well as British) history aficionados. The return to the battlefield has to do with victors and the vanquished, the remembrance of heroic moments, the self-assurance of having been on the right side. In the coming week, however, when the celebration of Operation Overlord’s 75th anniversary will see bombers fly at Portsmouth in southern England and landing crafts bound for France, one decisive element will not add up: The American president does not belong there. Donald Trump is out of place at the D-Day celebrations because he does not support this trans-Atlantic building of bridges that began with the Normandy landings.

D-Day (the English term for what is called “Tag X” in German) has long arrived for trans-Atlantic relations. Even though the French president and now the British queen believe that they can win Trump over with a military spectacle, this man has long demonstrated that he neither thinks in terms of alliances nor respects mutual dependence between states. Threats and punishments are his diplomatic tools; he knows no political friendship. History lessons are a wasted investment.

It is important to remember this fundamental problem between Trump and Europe, because the attempt to ignore it and sit on the sidelines no longer works. Europe has sat the matter out for over two years: the withdrawal from the Paris climate agreement, threats of tariffs, attacks on NATO, ignorance of mutual assistance, the Iran fiasco, attacks on the European Union and multilateralism. Anyone who still wants to sugarcoat the situation does not understand the dynamics of politics. There will no longer be trans-Atlantic relations like the ones under Bill Clinton or Barack Obama.

Chancellor Angela Merkel has clearly expressed what this means in her speech at Harvard this Thursday. The meaning of listening, reflection, silence, truthfulness, the banal difference between truth and lies − Merkel has left behind sentences that could be carved in stone on Mount Rushmore, alongside the faces of the larger-than-life U.S. presidents.

With this in mind, it would have been good to send a clear message to the U.S. secretary of state during his first visit to Berlin. The U.S. does not owe its strength and importance to its economic and military power alone. It owes them especially to a stable network of allies with whom it can come to an understanding concerning rules and commonalities. This network has made America a world power; under Trump, the U.S. has shrunk again.

Now the time of the absence of rules and lack of understanding has begun. Commemorations are not the solution. Those who conjure the past still need to see the present.