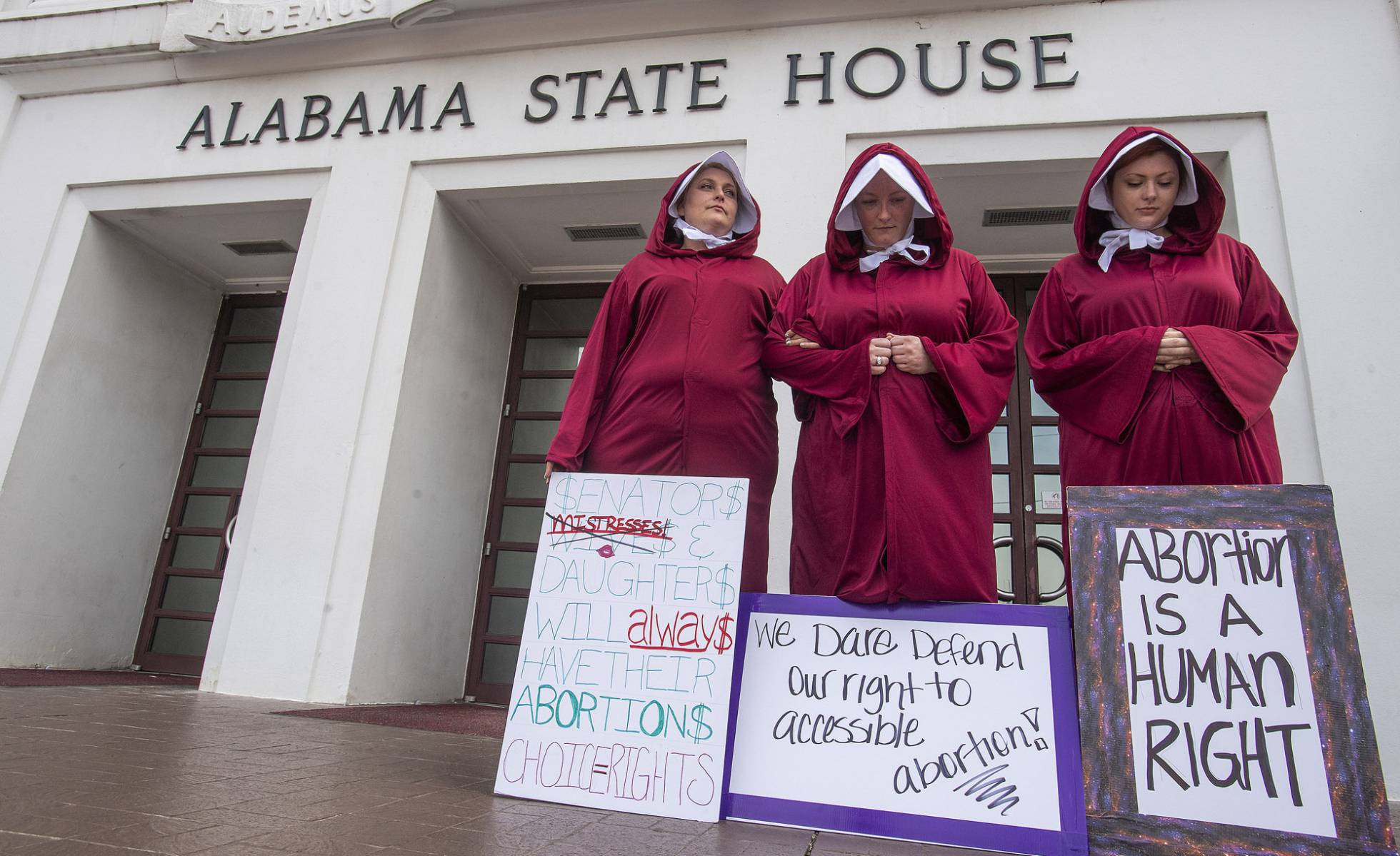 With the passing of a restrictive law against abortion in Alabama, women who have had abortions try to spark a new mobilization on social media.

Last Tuesday evening, the Alabama Senate passed a law banning abortion with just one exception, if a woman’s health is in danger. Very late the same night, the well-known actress and television host Busy Philipps (from Oak Park, Illinois, born in 1979) tweeted, “1 in 4 women have had an abortion. Many people think they don’t know someone who has, but #youknowme. So let’s do this: if you are also the 1 in 4, let’s share it and start to end the shame. Use #youknowme and share your truth.”

Thus, in 218 characters, the testing of a new #MeToo movement began, this time in favor of abortion. In less than 24 hours, there were more than 8,900 retweets, more than 44,700 likes and more than 2,000 answers. Philipps’s tweet, which she discussed on TV last week, was the beginning of a series of declarations on various social media networks by both anonymous and well-known women, declarations that also already had thousands of answers, shares and likes.

Among those who tweeted was Milla Jovovich, who wrote on Instagram about her own experience with going into preterm labor, which ended with having an emergency abortion two years ago. “It was one of the most horrific experiences I have ever gone through. I still have nightmares about it.” She stated in a long post that she had never wanted to speak about it but that the current situation did not permit her “to remain silent when so much is at stake … But we have to fight to make sure our rights are preserved to obtain a safe one if we need to.”

Lady Gaga also participated, publishing an image with a text in which she speaks of “outrage … all the more heinous that it excludes those who have been raped or are experiencing incest non-consensual or not. So there is a higher penalty for doctors who perform these operations than for most rapists? This is a travesty and I pray for all these young women and young girls who will suffer at the hands of this system.” And the first tweet by Democrat Hillary Clinton on the subject has already received more than 9,000 responses. “The abortion bans in Alabama, Georgia, Ohio, Kentucky, and Mississippi are appalling attacks on women’s lives and fundamental freedoms. Women’s rights are human rights. We will not go back.”

Recently, 16 states have passed or are working on legislation that would restrict abortion, a constitutional right protected by the 14th Amendment in the 1973 case of Roe vs. Wade. Laws such as Alabama’s, which bans the right to abortion at any stage of pregnancy, including pregnancy resulting from rape or incest, and in which a doctor who performs an abortion faces up to 99 years in prison, has brought American women once again to their feet.

In Brazil, an anti-abortion lobby has recently gotten stronger and gained fertile ground with the change of government. An organized group of legislators is trying to influence 35 projects on sexual and reproductive rights that are before Congress. One of them is trying to reactivate the so called PEC da Vida [a proposal to amend the constitution of life], which is meant to retract a Brazilian woman’s right to have an abortion in the case of rape, in the case of malformation of the fetus or where there is a risk of life to the mother.

On Oct. 15, 2017 at 10:21 p.m., these same women began to retweet as their own the Twitter remarks of actress Alyssa Milano, who initiated the #MeToo movement:* “If you’ve been sexually harassed or assaulted write ‘me too’ as a reply to this tweet.” She replied to herself and another 65,000 people did too, almost all women. That signified what later become known as “the end of silence,” and first 2017, then 2018 came to be called “the year of women.” In this social and political context, society always responds en masse when it senses that its rights are being attacked. Now, as happened with the scandal of producer Harvey Weinstein, there are also women who return to speak and share their stories, many of which relate to sexual violence and to what happened during teenage years, women whose boyfriends removed a condom without consent, minors who were forced by their classmates and women who could not afford to have another child, or those who simply did not want one. In any case, they all ask for autonomy and liberty and the ability to continue deciding about their own bodies.

About Jane Dorwart 161 Articles
BA Anthroplogy, Reed College Portland, Oregon, Composer in the BMI Musical Theatre Workshop under Lehman Engel., BS Musical Composition and Diploma in Computor Programming. I am delighted and honored to be working as a Translator for Watching America and have become a regular reader myself! I believe it is important to hear many points of view to get a glimpse of the truth of situations, and that no one person has a monopoly on that truth! That is what is so exciting about this site! I love the Portuguese language and have been speaking and studying for a number of years. I welcome the challenge of translating Brazilian and Portuguese newspaper articles and making them available to English reading readers!