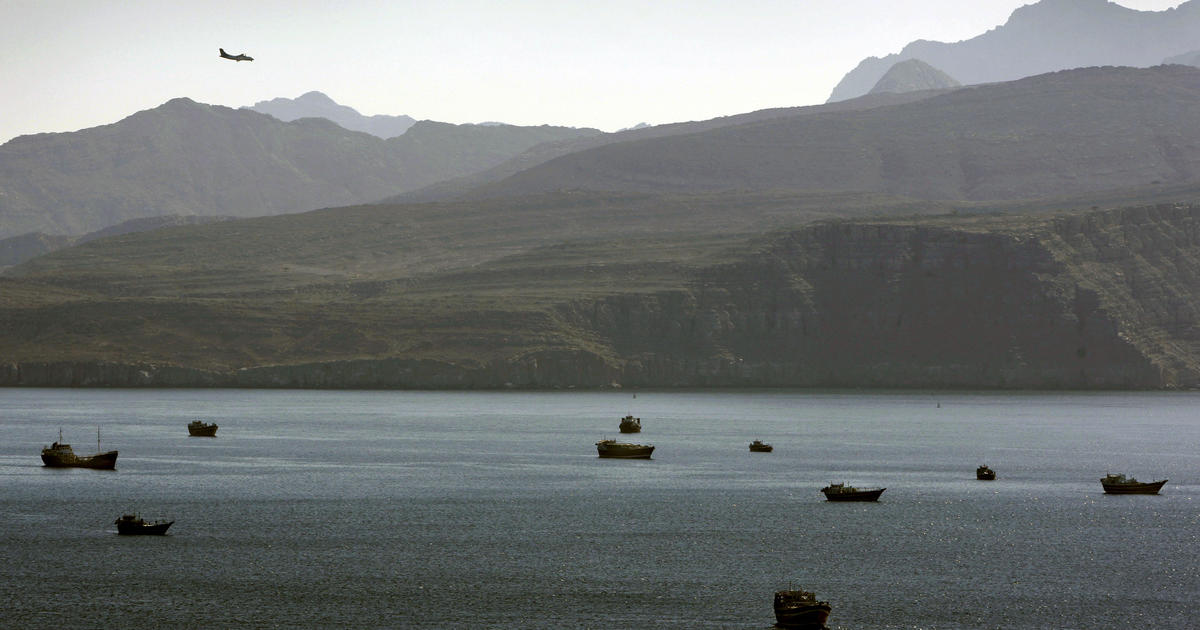 After the MQ-4C Triton reconnaissance drone was downed on a mission over the Strait of Hormuz yesterday morning, the USS Abraham Lincoln strike group, which had been ordered to station itself in the Arabian Sea before entering the Gulf and standing as a deterrent against the “imminent” Iranian threat, could go on course full-speed to cross to the middle of the strait, just as the commander in chief of the 5th Fleet dreaded, and thwart further threats or launch an attack. This would be in response to what may turn out to be an “illegal kill” by Iran, which may have traced and shot down the American military drone while flying over international waters, as reported by Reuters and U.S. military sources. If this extremely vital information is confirmed, Washington could order a response on Revolutionary Guard military targets over the next few days. The firepower available in the Gulf is already terrifying. A preemptive strike on Iranian targets, supported by several high-ranking officials, such as National Security Advisor John Bolton and CIA director Gina Haspel, had already been arranged that night before a “pull back,” for which no explanations were given.

In the event of an escalation, the USS Lincoln strike group can count on the deployed force of the aircraft carrier and cruise missiles of the escort ships that includes missile destroyers USS Bainbridge (DDG-96), USS Mason (DDG-87), USS Nitze (DDG-94), missile cruiser USS Leyte Gulf (CG- 55) and almost certainly a pair of Los Angeles-class attack submarines. All the units mentioned are armed with Tomahawk cruise missiles, for a total of at least 200 BGM-109 missiles that could be launched from the cells of the MK 41 Vertical Launching Systems of the surface units, and from the launchers of the submarine units that can maneuver close to the coast. Added to this rain of guided firepower which can hit targets in a radius of 1,550 miles within an accuracy of just a few yards, would be the power of the Nimitz USS Lincoln nuclear-powered aircraft carrier, carrying four squadrons (12 aircraft) of F/ A-18 Hornet and Super Hornet fighter-bombers, equipped with electronic warfare systems that “turn off the enemy’s lights” by preventing them from using radar and anti-aircraft defenses. The Hornet and Super Hornets are single-seater aircraft with operating ranges of 1,200 miles that can carry a wide range of air-to-surface missiles. There would also be a hunting squadron E/A-18 Growler Plus several squadrons of aircraft for logistical support.

From land bases in the Middle East, such as those in Qatar, there could follow the strategic B-52 “Stratofortress” bombers, often spoken of but rarely used in a first and second strike. The durable four-engine bombers are, in fact, considered a “political” presence, not a weapon to be used against an adversary like Iran, which could easily bring down a bomber of the size and guaranteed air performance superiority of the Stratofortress. For this reason, a possible strike against military targets requiring an air raid would undoubtedly be entrusted to the strategic stealth B-2 Spirit bombers, which, however, would take off from bases extremely far from the Gulf. They would probably take off directly from the continental United States.

President Donald Trump said “Iran made a big mistake” in destroying an American military drone, although the Tehran government reported that the aircraft had violated its airspace. Russian President Vladimir Putin promptly issued a warning, underlining that any U.S. military intervention against Iran would lead to “catastrophic” consequences both in the Middle East,and throughout the entire world. What everyone hopes is that Washington will confirm the drone was out of position because of a malfunction and accept the kill by Tehran’s missile defense, by virtue of the rules of engagement to be taken lawfully when an enemy aircraft violates the airspace of a sovereign state. If this is not the case, U.S. retaliation will not be delayed. By tonight, President Trump will have approved an attack that had been suspended, as reported by The New York Times. And over the next few nights, the ships en route to the most important sea strait in the world could receive the order to actually open the missile silos and bring the escalation to a point of no return.