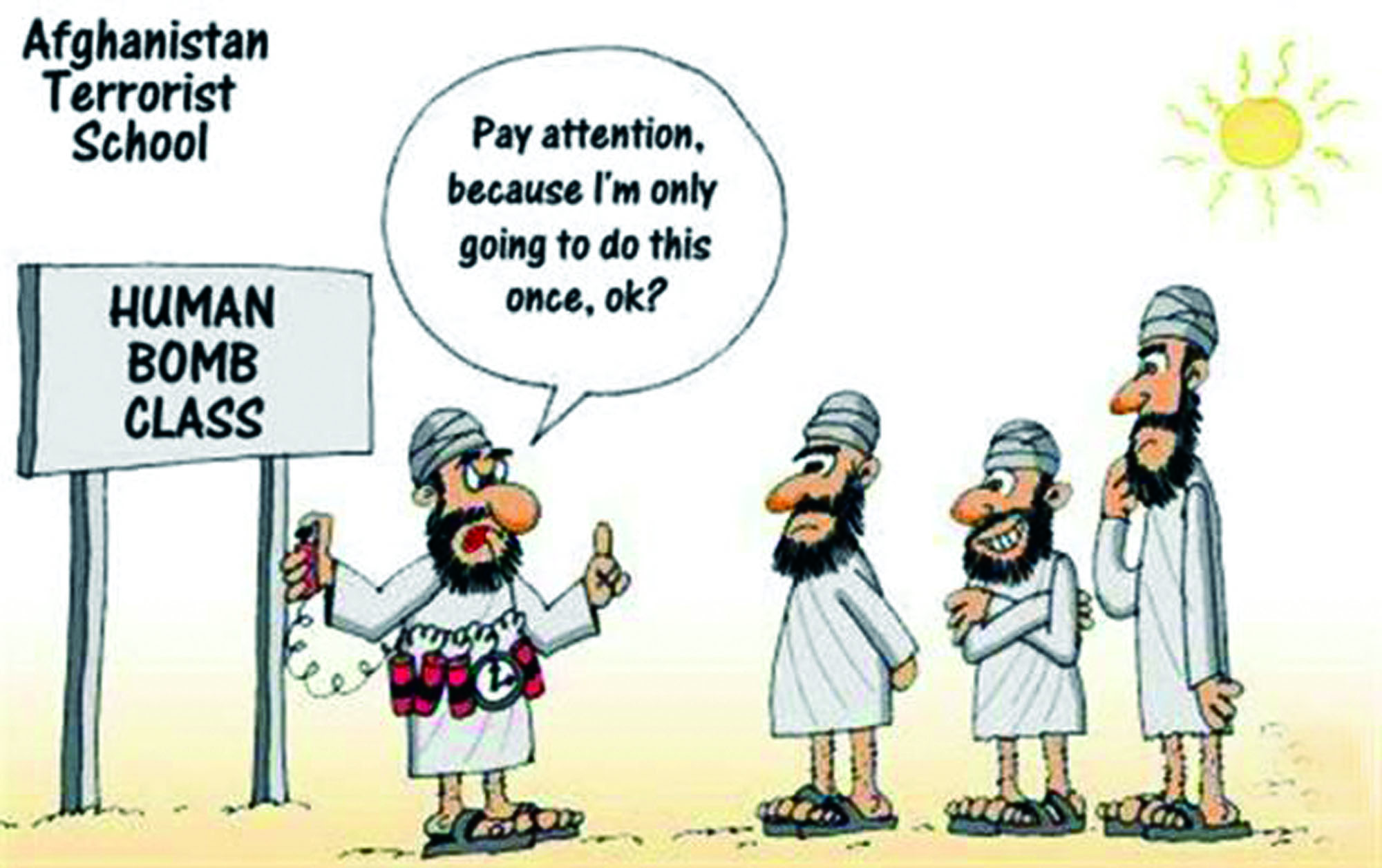 When President Donald Trump spoke to Fox News a few days ago, it seemed as though he was handling publicity for one of his country’s most famous universities.

While speaking to the news station and defending his troops in Afghanistan, he said that Afghanistan, with time, has become the “Harvard of terrorists.”

Harvard is not only the most famous university in the United States, but is the strongest in terms of the quality of education it offers to its graduates. It has ranked number one among all universities globally multiple times over the years. A student from Harvard only need mention that he studied at Harvard and everyone else immediately understands what that means, with no need for elaboration or explanation.

Thus, the president intended to convey that someone who graduated from Harvard is considered to be the best student in the world. Similarly, the terrorist who graduates in Afghanistan is the most dangerous terrorist on earth, someone who cannot be beaten by another terrorist at their level of evil and belief in violence as a way of dealing with people.

If this is true, Trump was silent about the most important thing. The Afghan Harvard was the creation of the United States itself, because the Afghans were not the ones who founded it. It was Washington, which wanted to take an early stand against the Soviet invasion of Afghanistan, and tempted many of the youth from the Islamic world to go there, with the enticing argument that they were going to defend Islam in the face of the communists who came from Moscow and who did not believe in God.

Thus, Harvard University was established in Afghanistan, and it spread its graduates over different continents. This was the beginning, as there was no other beginning, and thus its graduates were victims of American policy which turned them into America’s instruments for many years, and perhaps even until now.

It was hoped that Trump would correct the mistakes in the policies of many previous administrations and seek to close this university. In doing this, he would rectify the mistakes of previous administrations. Instead he talked about keeping his forces in Afghanistan as they were before … It’s as if he decided to expand the work of the university, instead of closing the door on admissions!