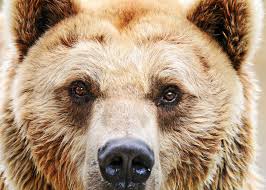 A few days ago, Daniel Ortega presented Russia with the gift of a valuable piece of property in Nicaragua, located in Las Colinas, one of the most exclusive residential neighborhoods in Managua. The property has an area of 5,656 square meters (60,881 square feet), according to yesterday’s edition of La Prensa, and its value is more or less $800,000, according to the online magazine Confidential.

This fact is representative of Nicaragua’s intense relationship with Russia, under the authoritarian regimes of Ortega and Vladimir Putin − a relationship that, because of strategic implications, is a source of great concern to the United States.

With this in mind, it is worth remembering that a ground station of the Russian Global Navigation Satellite System was installed in Managua, in the area around the Nejapa Lagoon. Domestic and foreign security analysts expressed their suspicion that this base would be used for Russian espionage. The former U.S. ambassador, Laura Dogu, warned that this fact would give impetus to approval of the Nicaraguan Investment Conditionality Act* to sanction Ortega’s regime, as indeed has happened.

The situation does not seem to concern Ortega; the relationship with Russia has strategic value for his goal to remain in power permanently. It means having the protection of Russia’s imperial power against a United States that advocates and presses for democratic change in Nicaragua.

Nicaragua was subordinate to Russia when the latter was part of the Soviet Union. During the years of the Sandinista Revolution, the dictatorship of the Sandinista commanders placed the country in the orbit of Soviet geopolitical interests. The Sandinistas had relentlessly condemned Yankee neocolonialism, but when they seized power they replaced it with Soviet neocolonialism.

After the Soviet Union disappeared, and after a brief but chaotic democratic period, power in Russia was assumed by the nationalist autocrat, Putin, who has revived the imperialist appetites of Russia. He has managed to expand its sphere of influence in different parts of the world − including the Western Hemisphere, where it has important political and strategic support bases in Cuba, Venezuela and Nicaragua.

There are those who underestimate Russia, not believing that it could once again be a great hegemonic power, as it was during the Cold War era when it battled with the United States over control of the planet. However, the recognized academic and international analyst, Moisés Naim, asserts that Putin acts with the conviction that “if the United States intervened against Russia in its armed conflicts in Ukraine, Georgia, Abkhazia and South Ossetia, then why can’t the Kremlin intervene in Washington’s backyard?”

Russia, as a dominant power in ostentatious relationships with the subordinate regimes of Nicolás Maduro in Venezuela and Ortega in Nicaragua, provides evidence that Naim is right. There could be consequences.

At the beginning of the 17th century, Western Europeans designated the ferocious brown bear as a symbol of Russia, an allegory for the brutal Russian colonial annexation of surrounding regions.

Beware: Submission to Putin’s Russia may turn into a bear hug for dictator Ortega.

About Patricia Simoni 82 Articles
I first edited and translated for Watching America from 2009 through 2011, recently returning and rediscovering the pleasure of working with dedicated translators and editors. Latin America is of special interest to me. In the mid-60’s, I was a Peace Corps volunteer in Chile, and later lived for three years in Mexico, in the states of Oaxaca and Michoacán and in Mexico City. During those years, my work included interviewing in anthropology research, teaching at a bilingual school in the federal district, and conducting workshops in home nursing care for disadvantaged inner city women. I earned a BS degree from Wagner College, masters and doctoral degrees from WVU, and was a faculty member of the WVU School of Nursing for 27 years. In that position, I coordinated a two-year federal grant (FIPSE) at WVU for an exchange of nursing students with the University of Guanajuato, Mexico. Presently a retiree, I live in Morgantown, West Virginia, where I enjoy traditional Appalachian fiddling with friends. Working toward the mission of WA, to help those in the U.S. see ourselves as others see us, gives me a sense of purpose.