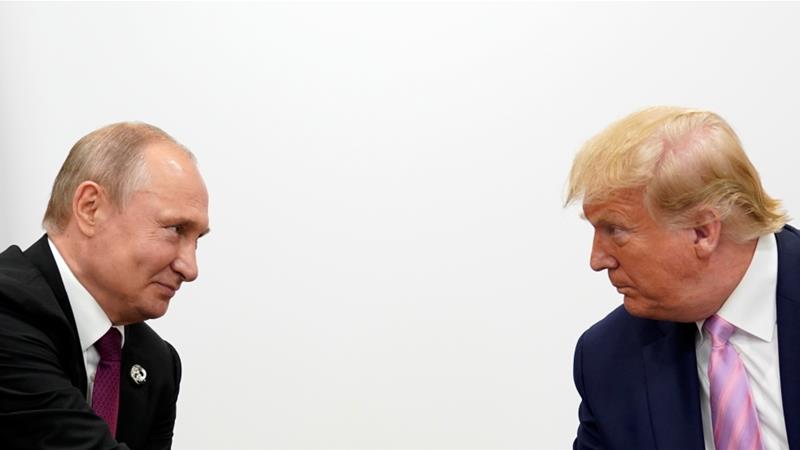 On Friday, the United States pulled out of the Intermediate-Range Nuclear Forces Treaty. This withdrawal reshuffles the deck on nuclear equilibrium.

The now official death of the Intermediate-Range Nuclear Forces Treaty, announced by Donald Trump six months ago and implemented on Friday, August 2, is a worrying new sign of growing disorder in international relations. The last of the major Soviet-American treaties from the end of the Cold War, this agreement, signed in Washington on Dec. 8, 1987 by Ronald Reagan and Mikhail Gorbachev, put an end to the Euromissile crisis, which was one of the apogees of the rivalry between the two blocks on the “Old Continent.” At that time, the INF Treaty authorized the destruction of all nuclear missiles with a range between 310 to 3,417 miles.

The mortal blow was dealt by Trump, but the Obama administration had already been displaying increasing doubts about this agreement, which Russia has violated for years. The members of NATO, starting with France, were also well aware of the limits of a 30-year-old text increasingly at odds with new geostrategic realities. Notably, it did not account for the rise to power, or even the hubris, of a China, which massively developed this type of weaponry.

In denouncing this agreement that they had been complying with, the United States wanted to free itself up to again develop and produce these types of intermediate range missiles, particularly in the face of the Russian 9M729s, mobile missiles with an effective range of 1,550 miles, even though Moscow insists, against all evidence, that they do not exceed 300 miles. All European cities are therefore susceptible to a hit by these missiles fired from Russian territory.

A Return to Forgotten Tensions

These American arguments are understood. But once again, it is Trump’s method, with that mix of improvisation and intuition, but above all a distrust of his allies, that is questionable. The American administration did not try to renegotiate the text, or open it to other countries, first and foremost China. To their eyes, treaties like this are nothing but fetters curbing U.S. interests, and Washington will not do anything, either, in all likelihood, to prolong New START, the treaty with Moscow on inter-continental ballistic missiles, which expires in 2021.

The end of the INF Treaty will not automatically bring about an arms race on the “Old Continent,” nor a massive deployment of intermediate range missiles. The modernization of nuclear arsenals had, in fact, already begun as much in the United States as in Russia or France. The planned end of this treaty is the consequence of it rather than the cause. The risk of seeing the equilibrium of nuclear capabilities called into question is nonetheless real.

To be sure, today’s arsenals are no longer those of the Cold War era, where the two major powers were in possession of some 60,000 nuclear warheads. Today, the total represents no more than 14,000 units. Nevertheless, 30 years after the end of the Cold War, nuclear disarmament has stalled, even reversed, with the return of tensions that had been forgotten for years. Hence the concern of U.N. Secretary-General Antonio Guterres. This is even more understandable in that, in other areas, from North Korea to Iran, the efforts exerted to prevent nuclear proliferation are all showing their limits.