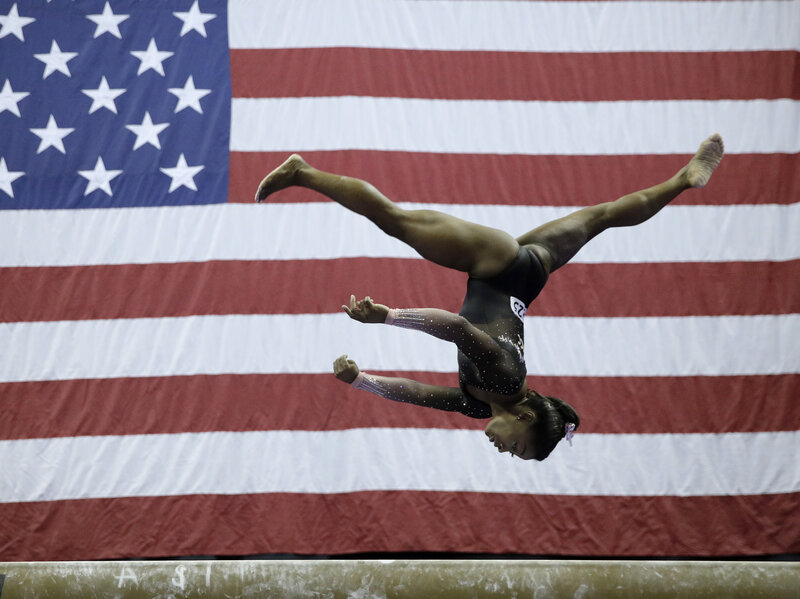 Simone Biles soared before the gaze of prime-time television audiences in the United States, performing a new, historic triple double. Then she soared into specialist gymnastics magazines and newspapers around the world. Biles is a revolution. The first reason for this is that she has had no real rival since 2013, even when she makes mistakes. But more importantly, it is because she is changing the sport of gymnastics forever.

It is a phenomenon similar to what happened when Nadia Comaneci achieved the first 10 in history at the 1976 Olympic Games in Montreal. Perfection existed. The Romanian 14-year-old catapulted into international fame, and gymnastics would never be the same. Grown women disappeared and acrobatic girls, less than 5 feet tall, serious and focused, began to populate the sport.

Biles’ revolution, though, is bigger. Besides bringing a style of gymnastics that is strong, precise, spectacular, fun and so risky that she often provokes gasps from the audience – and this style is on show throughout the world – she has claimed her fame as a superstar. In the United States championships, she wore a leotard with her name embroidered on the back in crystals, like football or basketball players do. Also printed on the back of her leotard was a goat, symbolizing the acronym “Greatest Of All Time.” This design was a claim on the place she has carved out for herself with her work, as well as a joke directed toward those who have criticized her for being the first gymnast to compete with her name on her back. In any case, it says a lot about how different this gymnast is. She takes each step carefully, and she never stops.

At 22 years of age, Biles is aware of her influence, and wants to transform the sport that has too often been eclipsed by physical, verbal and sexual abuse against young female athletes. Since she spoke out about the abuse she suffered at the hands of the Olympic team’s doctor, Larry Nassar, she has been fighting a personal battle to improve her sport. Last weekend, tearing up, she reminded USA Gymnastics, “You had one damn job and you failed to protect us.”

Biles is fighting another battle that is important for sport in general, and not just for female athletes. She wants to show that she can be both the best gymnast in the world and a normal woman. She’s got a boyfriend, bills, problems and medals.