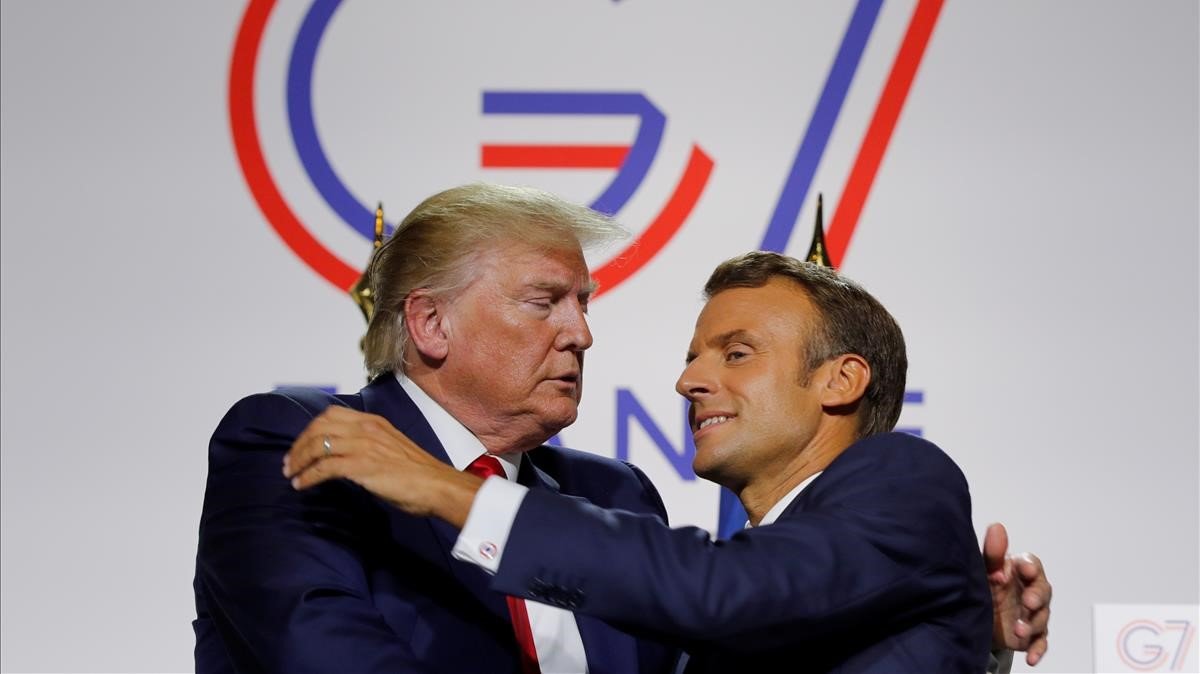 While the president of the United States, Donald Trump, lavished gestures toward detente in several directions at the close of the meeting of the Group of 7 leading nations, suspicions abounded that all the fine talk was little more than a last-minute act. Not even the announcement that China is willing to negotiate a trade agreement to put an end to the tariff war or readiness to defuse tensions with Iran under certain circumstances was able to reduce the feeling that the summit in Biarritz was unclear in its aims and meager in its results. It would have been difficult for the outcome to have been any different after the meeting’s tempestuous preparations, in the midst of the global trade crisis and in light of great uncertainty concerning the usual major subjects: Syria, the struggle for hegemony in the Persian Gulf, North Korea, an endless Brexit, environmental disasters and many others.

There is no lack of precedent giving reason to doubt the depth of Trump’s latest proposals and statements. They all contain massive doses of improvisation and sensationalism, there is no basis for them to translate into tangible results, and it is unlikely that things will transpire differently this time around. As has been said so frequently since Trump moved into the White House, the president has blown up the very concept of multilateralism and moved toward disposal of the reasoning that has traditionally guided U.S. foreign policy.

Although markets have received Trump’s statements positively, it is unlikely that he will accept a dismantling of tariffs that entails reviewing the main lines of his economic plan from top to bottom. It is equally unlikely that a mere declaration of intent coming from Iran will persuade Trump that the ayatollahs’ republic has no aspiration of owning a nuclear arsenal. It is frankly far-fetched to presume that he will give up on admitting Russia to the G-7 club—morphing it into the G-8—despite the opposition of European allies, an issue that was hardly discussed in Biarritz, yet both Emmanuel Macron and Angela Merkel believe there are no two ways about it. And it is likewise unrealistic to imagine the president reprimanding Jair Bolsonaro on account of his disastrous management of the Amazon fires, a topic like so many others in which the relative unanimity of those gathered in Biarritz conceals insurmountable differences between both sides of the Atlantic. This is all the G-7 had to offer.