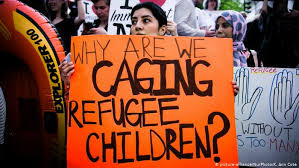 Nobody doubts that in the last presidential campaign, President Donald Trump won the election in good part because of his ability to divide and polarize his voters, centering the debate around the issue of illegal immigration and its effects on the U.S., from his perspective.

It was at that time that he railed indiscriminately against Mexicans with a series of adjectives that are not worth repeating. In any case, he also proposed to build a wall on the U.S.-Mexico border, at the expense of Mexican taxpayers, in order to stop immigration from the south.

Nearly three years have passed since the speech that launched his campaign, and soon the electoral process will start again, this time replacing or reelecting the president and a good part of Congress. Given the above, it’s worth asking if Trump’s campaign promises turned into concrete actions. Let’s see.

The wall has not been built, but for the 2019 fiscal year, the president urged Congress to authorize $5.7 billion, of which only $1.3 billion was approved. In order to make up the remainder. Trump exerted presidential power to use funds that were originally intended for military and anti-drug trafficking purposes, close to $6.7 billion. According to wide-ranging reporting by the media, construction of the wall is to begin this October, financed with U.S. taxes for now. It is interesting to note the coincidence of Trump’s campaign launch with the start of construction on the wall.

Almost from the beginning of his administration, Trump has initiated several migration programs which have increasingly tightened the rules and public policy for immigrants with and without documentation. Accordingly, the administration implemented a zero tolerance policy, which allowed the separation of entire families that were arrested and deported. As part of the policy, minors were placed in shelters where there weren’t minimum standards of protection for their health and well-being. This program was so controversial and criticized that it was recently ended.

Recently, Trump took executive action to terminate the Flores agreement, a doctrine that established time constraints so that immigrants in this country without documentation would not spend more time than is strictly necessary in a detention center before their deportation hearing. In this case, I understand that there are various social activists and nongovernmental organizations that will question this action, which they believe is unconstitutional. And of course, due process under the American constitutional system provides for procedural safeguards available to all people so that they can have confidence and certainty in any judgment, that is, if human rights and justice mean anything at all.