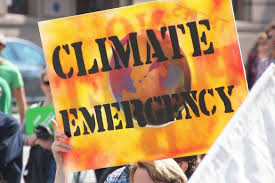 The president will not attend the United Nations General Assembly summit on global warming. The U.S. leader’s big push for deregulation rolls back environmental protections.

On Monday, Sept. 23, while the world is gathered at the United Nations General Assembly in New York for a summit hosted by Secretary General António Guterres to draw attention to the climate crisis and demand action and solutions, Donald Trump will also be at the organization’s headquarters, although at a different meeting. The United States set up a last-minute meeting on religious persecution. The president of the second greatest polluting country who withdrew his country’s commitment to the Paris climate agreement (which will not become official until next year for logistical reasons) and who failed to show up for a discussion about emission reductions and a response to the fires in the Amazon at the Group of Seven summit in Biarritz this summer, has once more found an alternative concern. Which is not surprising. Or it should not be.

Even though Trump defined himself as an “environmentalist” in France and had no qualms about saying he knew “more about the environment than most people,” all of his actions since he took office contradict his words and portray him as a president who is anti-nature. The push toward deregulation from a leader who went so far as saying that “The concept of global warming was created by and for the Chinese in order to make U.S. manufacturing non-competitive” is brutal. And Trump has targeted at least 85 laws signed by his predecessors, especially Barack Obama, and by state and local authorities.

According to a New York Times analysis of the count kept by research centers specializing in climate and environmental law from Harvard and Columbia universities, Trump has eliminated 53 laws that regulated emissions and drilling, the protection of endangered species, and water, food and air quality. There are another 32 rollbacks in process. Although in many cases his efforts have been stalled either permanently or temporarily by the resistance of nonprofit organizations and groups of activists in court and by local businesses and authorities, Trump’s administration is moving forward with an aggressive onslaught on environmental protection that shows clear financial and electoral interests as well as utter disregard for science and contempt for the documented costs of public health.

The Border with Mexico

This week, construction began on a section of the border wall with Mexico that will endanger a UNESCO biosphere reserve. Meanwhile, the president was visiting (and signing) a different section of the wall in California. This was also the week when he escalated his confrontation with said state of Mexico—one of the most progressive and advanced states with regard to environmental legislation—and announced that he will revoke the waiver California was granted in 1970 to set its own (stricter) emissions rules independently of the federal government. Trump also announced he would revoke the license Obama granted California in 2013 so that it could negotiate with the auto industry for the manufacture of more efficient and cleaner vehicles.

On Friday, attorneys general in California and another 23 states, including 13 that follow California’s rules, as well as lawyers for three cities, filed a lawsuit against Washington’s decision, a battle that will have profound implications and may go all the way to the Supreme Court. And although automakers have also expressed their opposition to Trump’s plans, the White House is putting pressure on four auto manufacturing giants and even threatened to prosecute them for alleged violations of antitrust laws.

This could be the future’s most crucial struggle, given that transportation emissions are the greatest contributor to global warming, although not the only one. The last few months are a clear reminder of Trump’s escalating crusade against Obama’s legacy and his effort to advance the interests of the fossil fuel industry and other sectors that will be vital to his reelection, like the agriculture sector.

After dismantling the carbon emissions rules for power plants in Obama’s Clean Power Plan, the Trump administration announced in August that it would relax regulations on methane emissions, a step which faces opposition even from some oil and gas industry giants. And in September, the Environmental Protection Agency, which is run by Andrew Wheeler, a former coal industry lobbyist, announced that it will repeal the expansion of government water quality regulations granted by Obama, returning federal oversight of pollution in wetlands, rivers and other bodies of water to 1986 standards.

Also in September, the Interior Department ruled that oil drilling in Alaska would have hardly any environmental impact, which opens the floodgates to the controversial mining of protected areas in the Arctic. And last month, Trump also gave instructions to dismantle Tongass National Forest protections in Alaska, opening the world’s largest temperate forest to the timber industry, as well as to extraction, mining and infrastructure development businesses.

All this would have been impossible without other actions taken by Trump’s own administration, such as when it weakened the Endangered Species Act in August, making it easier to take species off that list and reduce protections for the ones considered to be “threatened.”

If Trump ends up being a one-term president, many of his actions and proposals may remain trapped in legal limbo or end up in the courts, as was the case with some of Obama’s actions, which the current administration stopped defending. But Trump’s escalating efforts, which also include eliminating efficiency standards for light bulbs or pulling back on regulating the use of some pesticides or asbestos, and eliminating surprise inspections in chemical and power plants, have already caused a real regression.