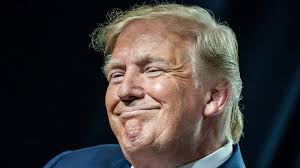 Donald Trump, a full-blooded power politician, requires a different approach from that used with his predecessors. And Angela Merkel understands this well, according to Luuk van Middelaar: Moral reproaches do not bother Donald Trump.

It’s official. President Donald Trump will be pulling 9,500 American soldiers from Germany — shortly after Merkel’s cancellation of a Group of Seven major industrial nations meeting in Washington. Certainly, she had valid COVID-19 reasons for not making the trip right now, as well as having no desire to give the host great campaign photos. He was already toying with the idea of pulling troops out of the federal republic, which was failing NATO standards. Yet the action seems a bit like, “If you don’t come to my party, I want my toys back.” Sandbox diplomacy.

That is precisely the communication Trump uses with allies: America is in charge. Choices have consequences. We offer security, but you have to pay — on time. That takes some getting used to, after 70 years of hiding behind America as Big Brother. But this big brother can no longer be relied upon to stand ready; he is tired of excuses and he begins to wonder, “Are those folks overseas really family?“

The continuous amazement and outrage at everything Trump does is becoming tiresome. The man is only unpredictable to those who, despite three years of evidence to the contrary, continue to expect him to play the role of the patient White House father instead of a full-blooded power politician. In the book, “The Strongmen,” to be released this fall, Hans Kribbe explains that the American president behaves consistently and unabashedly according to strongman rules: the Code Duello (a set of rules for a one-on-one combat). Trump is at ease in the company of Vladimir Putin, Xi Jinping and Philippine Duterte. For democrats like Merkel and Justin Trudeau he feels only condemnation (and that is mutual).

After what transpired in Minneapolis, foreign rivals wasted no time in exploiting the bleak spectacle of Trump’s America. The lock down was barely over in the land of liberty, hit hard by COVID-19, when the curfew was implemented. Calling protests “domestic terrorists” and invoking the military under the motto “When the looting starts, the shooting starts” — it’s a script that Beijing, Moscow and Tehran know only too well.

Because the U.S. wants to promote freedom and democracy worldwide, the president leaves himself wide open to accusations of hypocrisy. When a spokesperson for the U.S. State Department recently said that the Chinese government had committed “a blatant breach of their promise”* to the Hong Kong people with the introduction of a new security law, his Chinese counterpart could simply counter on Twitter with “I can’t breathe,” George Floyd’s last words. And while Western governments and human rights organizations criticize Beijing for the plight of the Uighurs in Chinese penal camps in the Xinjiang region, the Chinese are now striking back with their concerns about African Americans in the U.S., many of whom are in prison.

Accusing the U.S. of double standards is not new. Putin is a master at it. You call the Crimea invasion a disgrace? Well what about Iraq? Do you believe territorial integrity is being violated in eastern Ukraine? Well, what about Kosovo? The argument is always, “Look at yourself.” That’s not to say that Russia itself is so pious, but rather that we are all sinners; everyone equally so.

Therefore this mirror of hypocrisy especially affects those who deem themselves to be better, those who would teach the lessons. It disrupts the self-image of America and the West as moral beacons and global examples, as George W. Bush and Barack Obama still put it.

Organization of Own Power

What’s new is that all this doesn’t bother America’s current president. Moral reproaches do not bother him (nor Putin). Unlike both his predecessors, and the Hollywood-raised American public, Trump does not live in a moral universe in which the U.S. fights Evil; he lives in a purely political environment of power against power.

So dealing with Trump requires a different strategy: not moral criticism, but the organization of one’s own power. Merkel now understands this. The German response to the event in Minneapolis was restrained. After the American decision to pull the troops, there was no panic in Berlin. That was very different from the attitude after Trump’s election at the end of 2016, which shook Germany. With his blunt attack on the German trade surplus and his refusal to guarantee NATO solidarity, the new president erased the basis of the mutual arrangement from which the federal republic has derived its security and prosperity since 1949. Merkel draws her conclusions step by step. She takes German transparency into account. As early as May 2017 (after the first G-7 summit with Trump, then in Sicily, then a NATO summit in Brussels), she spoke the now famous words at a party conference: “The times in which we could completely depend on others are, to a certain extent, over. I have experienced that in the last few days. That is why I say: We Europeans truly have to take our fate into our own hands.” A strategic turn, realizing that history is made in the present.

Her recent pivot in the European solidarity debate, her open conversation with the leadership of China, a new emphasis on industrial autonomy: so many deliberate moves by a country that has overcome the initial shock and now acts accordingly. Big Brother is going home and Germany does not want to be left orphaned. It sets an example for neighboring countries.