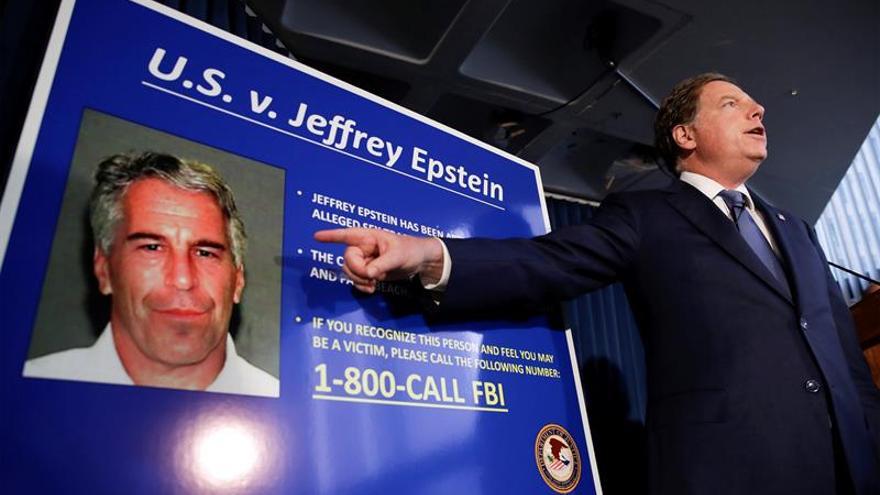 It’s hard sometimes not to believe in a conspiracy theory like the one surrounding the death of Jeffrey Epstein. We have a millionaire pedophile, notorious for organizing parties with powerful men and young girls, who appears to have hanged himself the night before his trial. The man who had been a friend of several celebrities, businessmen and even two U.S. presidents. The same person who, years before, had pleaded guilty to prostituting a minor and, inexplicably, reached an agreement with the prosecutors to serve a sentence of barely 13 months on probation instead of 42 years in prison.

The most recent chapter of the Epstein saga was revealed less than a week ago. Headlines read: “Hitman Kills the Son of the Judge in the Epstein Case.”* Now it seems that it wasn’t a hitman and the case in question was not the “Epstein Case.” Still, social media platforms are on fire because of the shooting. Thousands of people are accusing Donald Trump of orchestrating everything so that he won’t be revealed as a pedophile, and others claim that it’s the Democrats trying to protect Bill Clinton. The reality, as usual, is much more complex.

Assault on the Judge’s House

On July 15, a shareholder of Deutsche Bank sued the bank arguing that its decision to do business with Epstein in 2013, when Epstein had already been sentenced for the sex trafficking of minors, had negatively affected his investments. The action was filed in federal court and assigned to Judge Esther Salas just three days before an assault in which Salas’ son was killed at her home.

At 5 p.m. on the day of the shooting, a man dressed as a delivery man knocked on Salas’ door. Once inside, he shot and killed Salas’ only son and injured her husband. Salas, who was in the basement at the time, remained uninjured. Thousands of people assumed immediately that it the shooter was a hitman hired to intimidate her, but initial investigations don’t show that was the case. The police believe the murderer was Roy Den Hollander, a 72-year-old lawyer and “anti-feminist” activist, who had appeared before Judge Salas. Hollander had described her as a “lazy and incompetent Latina judge appointed by Obama,” and had accused her being dismissive of his case seeking equality for men.

The police found photos and information concerning at least one other judge among Hollander’s possessions. Hollander had told certain people that he had terminal cancer and lamented that “the only problem with a life lived too long under Feminazi rule is that a man ends up with so many enemies he can’t even the score with all of them.” Now investigators believe that a few days earlier, also dressed as a delivery man, Hollander killed another “anti-feminist activist” whom he had confronted in the past. Just a few hours after the crime at the Salas family residence, Hollander took his own life, another death that has been incorporated into the conspiracy theory.

If thousands of people believe that Epstein didn’t commit suicide and was instead “silenced,” it is because his death was perfectly avoidable. According to the regulations of the New York prison where Epstein hanged himself, the guards were supposed to check his status every 30 minutes. But according to prosecutors, they were napping and browsing the internet, so they only noticed what happened when they brought Epstein his breakfast in the morning. He should not have been alone in his cell either, because he had attempted to kill himself a few days earlier. Despite this, his cellmate was transferred two days before Epstein’s suicide.

Did I say he attempted suicide? Epstein was found on the floor of his cell with marks on his neck. The prison confirmed that he had tried to take his life, but Epstein said he had been attacked. Security camera footage could tell us more about the incident, but the recordings from that night were erased “by mistake.” Fuel for conspiracy.

The truth is that the coroner declared that Epstein committed suicide. But the questions about his death raise other questions about his life: if he was a Wall Street millionaire investment manager, why didn’t anyone at the New York Stock Exchange remember doing business with him? Could it be, as it has been insinuated, that his real business was attracting important people to his parties with minors only to blackmail them later? This would support the argument suggesting that “powerful” people wanted to take him out.

Clinton has admitted to flying on Epstein’s private jet several times, and we have seen Trump having a good time with Epstein at his parties. Now both are distancing themselves from the dead man, but there is a war on social media with many of those who believe the conspiracy theory that Epstein was killed, though they disagree about who organized it all.

For some Republicans it’s a perfect argument because for years, they have spread conspiracy theories about large networks of child prostitution rings run by Democrats. In Epstein, they have finally found the piece that supposedly links the Clintons to these exploitative networks. Trump himself has helped to spread these theories, although the results have been very dangerous. Shortly after his election, an armed man with a machine gun showed up in a pizza store in Washington, D.C., to “investigate” if there were any children in the basement, as he had read online. He was convicted and sentenced to four years in prison.

The left, meanwhile, shows photos of Trump with Epstein, and remarks by the president that have not aged well. “He’s a lot of fun to be with. It is even said that he likes beautiful women as much as I do, and many of them are on the younger side,” Trump said. The president bragged in the past about knowing him for 15 years and now says he “is not a fan.” At least he doesn’t hold a grudge against Epstein’s ex-girlfriend and supposedly, personal female pimp, Ghislaine Maxwell. Now that she’s been arrested, Trump sends her his regards from the White House: “I wish her well,” he said.