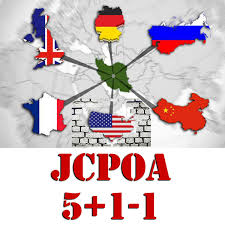 Andrei Baklitskiy, a political scientist, talks about how the ambivalent state of the Iran deal will come to an end.

In quantum physics, superposition is a state where two particles exist in two mutually exclusive states. An electron is localized in two different spaces at once; the nucleus of a radioactive element has and has not disintegrated, and the famous Schrödinger’s cat is both dead and alive at the same time. The latter example is just a thought experiment and does not work on a macro scale, which is not governed by quantum laws. However, one cannot help but find analogies in the sphere of international security. The Joint Comprehensive Plan of Action and U.S.-Iran relations are cases in point.

On the one hand, the JCPOA does exist. In 2015, Iran, Russia, China, Great Britain, France, Germany and the United States signed the deal, and later the U.N. Security Council endorsed the agreement with Resolution 2231. Despite the withdrawal of the United States in 2018, other negotiating partners insist that they continue to abide by their commitments. They hold regular meetings of the JCPOA Joint Commission and have announced that they are working on the dispute resolution mechanism within the deal. On the other hand, the sanctions imposed by the United States made the majority of multinational companies stop trading with Iran. They caused Iran oil exports to crash, and de-facto destroyed economic benefits guaranteed by the nuclear deal. Tehran responded by halting the restrictions concerning its nuclear program, and now it is slowly headed back toward the pre-JCPOA state.

The ways other sides of the JCPOA (especially the three European members) oppose the U.S. policy are also reminiscent of superposition. On paper, everything looks good: The EU has updated its blocking statute in support of the Iran deal, which prohibits European companies from complying with the U.S. sanctions. It also protects the EU states from third-country laws in court. They have developed a separate mechanism for trading with Iran, which works in isolation from the U.S. financial system. At the same time, European companies have chosen to leave the Iranian market and ignore the protective measures. The EU has also designed the INSTEX financial mechanism to bypass U.S. sanctions and allow trade with Iran, but for the past two years since its implementation, it has not gone much further than performing test transactions. China has not met mutual expectations either: Even though it had made big announcements and signed a few deals, it reduced its trade with Iran after U.S. sanctions were implemented.

Finally, there is a lot of uncertainty in the military sphere, which is the most unstable realm. Tehran and Washington, D.C., as well as Iran and Israel, are not formally in a state of war, and there is no direct military action. However, the United States took responsibility for killing General Qasem Soleimani, and the Iranian Armed Forces launched a missile attack against the U.S. base in Iraq. Furthermore, the less obvious cyber attacks, mysterious explosions on Iranian territory, and the use of non-state military groups never stop in the region.

Such international superposition has both pros and cons. The main advantage is that as long as the JCPOA framework exists, it can always be returned to. Tehran has announced multiple times that if the United States decides to fulfill its obligations under the JCPOA, Iran will reciprocate. It is easy to roll back an undeclared war and act as if nothing happened. The disadvantage is that the superposition can come to an end once one of the configurations is realized. Both the U.S. and Israel would prefer the scenario where the JCPOA ceases to exist.

Finally, there is evidence that certain actors are planning to escalate military conflict. The ongoing campaign to sabotage Iran is now far beyond the nuclear security issue. Rather, it is aimed at the whole infrastructure of the country. Iran’s aggressive response concerning either nuclear or military spheres might serve as a justification for dialing up the pressure. A direct military confrontation in the region could bury all hopes for going back to the JCPOA.

Yet, the key event that will end the superposition is the U.S. presidential election in November. The Democratic candidate Joseph Biden has signaled that he is ready to return to the Iran deal. Rejoining the deal is not going to be an easy process — a lot has changed in both the United States and Iran in the last four years. But there is still an opportunity. In the case where Donald Trump gets reelected, Great Britain, Germany, France, and even China are not going to be happy about four more years of uncertainty regarding the JCPOA. They will have to make a choice to either challenge the United States and expand their economic relations with Iran or admit that the JCPOA is dead and will have to face Iran’s unconstrained nuclear program and the war-torn Middle East.