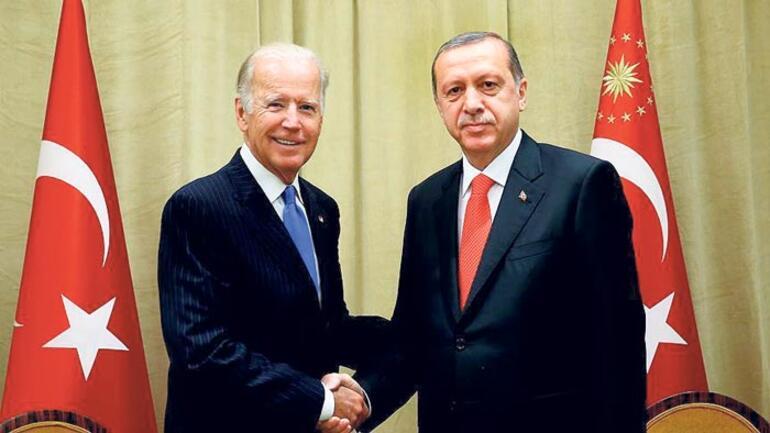 Tensions between President Donald Trump and his Democratic rival Joe Biden have come to a head before the November election. It is no secret that Biden leads in the polls. Although many believe it is an easy win for Biden, we should exercise caution, and rightly so, as there is a long way to go before Nov. 3.

Among all of Biden’s policies, his foreign policy is of particular interest. We should not have high expectations, since Biden is likely to implement a foreign policy similar to that of Barack Obama. Under the Obama administration, Biden played a prominent role in issues concerning Afghanistan, Iraq, Ukraine and even Cyprus. Let’s not forget that as a senator from 1973 to 2009, Biden served on the Senate Foreign Relations Committee and his foreign policy experience is widely recognized.

During a talk at a New York university in 2019, Biden said, “Foreign policy is domestic policy, and domestic policy is foreign policy. They are a deeply connected.” He added that “America’s security, prosperity and way of life require the strongest possible network of partners and allies working alongside us.”

It seems that Biden will take a more global approach by lifting quotas on some products and imposing sanctions on China according to international trade rules. The U.S. is expected to revive its naval presence in the Asia-Pacific region and establish closer ties with Indonesia, Japan, South Korea and Australia. A condemnation of China at the United Nations Security Council for its persecution of 1 million Muslims is also on Biden’s agenda.

Biden plans on maintaining diplomatic relations, but insists that North Korea give up its nuclear weapons. However, he vows that he will not meet with its leader, Kim Jong Un.

Biden, who describes himself as a Zionist, wants to keep good relations with Israel. However, he believes in a two-state solution with respect to Israel and Palestine, and has expressed his support for keeping the American Embassy in Jerusalem. He opposes Israel’s annexation of certain regions in Palestine, and is open to providing financial support to Palestine.

He favors a revival of the nuclear deal with Iran in coordination with the European Union. He considers that the way Iranian commander Qassem Soleimani was assassinated has escalated tensions with Iran.

He believes that the Kurdistan Workers’ Party and the People’s Protection Units should be supported financially and morally. Biden disagrees with the withdrawal of a large number of American soldiers from Syria, considering that it will benefit the Islamic State.

Biden, who supported the U.S. invasion of Iraq under George W. Bush, wants his country to be more active in Iraq if he is elected.

He thinks that Saudi Arabia is responsible for killing journalist Jamal Khashoggi and for the civil war in Yemen. Biden has not had much to do with the Saudis since 2014, and if elected, Washington will have a distant relationship with the Saudis.

He has expressed concern about President Vladimir Putin’s attacks on Western democracy and attempts to weaken NATO. He is calling for the creation of a special investigation commission with respect to Russia’s attack on U.S. democracy, and seeking increase pressure on Russia with the support of NATO and the EU. He also seeks to intimidate Russia by providing military aid to Ukraine.

He knows what Athens is demanding and has solutions to the problems in the region. Americans of Greek descent and Turkish Greeks support Biden.

Biden is against storing nuclear weapons at Incirlik Air Base, and against Turkey’s military operations in Syria, which he considers a betrayal of the Kurdistan Workers’ Party and the People’s Protection Units. He says he is concerned about freedom of the press and human rights, and he supports the isolation of Turkey together with America’s Eastern Mediterranean allies.

His foreign policy team is in favor of imposing sanctions on Turkey if it does not abandon the S-400 missile systems.

Biden criticized the conversion of Hagia Sophia into a mosque, and announced that he would recognize the so-called Armenian genocide.

Let’s not forget that during an interview with The New York Times in January, Biden stated that he would consider intervening in Turkey’s domestic politics and providing support to certain political forces as has been done in the past.

In October 2014, speaking at Harvard, Biden called Turkey the most problematic ally in the Middle East. In response to the reaction from Ankara, he called President Recep Tayyip Erdogan and apologized.

He traveled to Turkey four times. In December 2011, he made his first visit during the Arab Spring. In November 2014, he visited right after the U.S. launched its first airstrikes against the Islamic State group. In January 2016, Biden participated in anti-Islamic State group meetings with nongovernmental organizations. And in August 2016, he traveled to Turkey after the attempted coup.

The Department of Defense released a report by the joint task force “Operation Inherent Resolve” covering the period of April 1 to June 30. The report asserts that the Syrian Democratic Forces (the terrorist organizations Kurdistan Workers’ Party and the People’s Protection Units) detained young children from refugee camps in northeastern Syria and enlisted them at a young age. The report also states that in June 2019, the SDF adopted an action plan required by the United Nations Security Council, and then took steps to end the use of child soldiers and demobilize children. However, the report also included allegations that the children were still being forcibly recruited into the military and that a 14-year-old child was killed in Baghuz in early 2019. The report alleges that the Pentagon brought this problem to the SDF administration, and defended it as a “limited practice”!

What’s Going on in America?

Deaths from COVID-19 in the United States country have reached 170 000. Schools will reopen in New York in the fall and students will be required to wear masks in the classroom. Facebook has extended its work from home policy until July 2021 due to COVID-19. The State Department announced that a $10 million reward for anyone who provides information about Russia’s cyber operations in the presidential election. The United States has assigned a level 3 advisory (“Reconsider travel”) to Turkey. Arms sales in the United States increased by 13 % in July. The most sophisticated tunnel in U.S. history was discovered at the border with Mexico. The unemployment rate in the U.S. fell from 11.1% to 10.2% in July. Los Angeles announced it would shut off water and power to homes hosting large parties or gatherings.