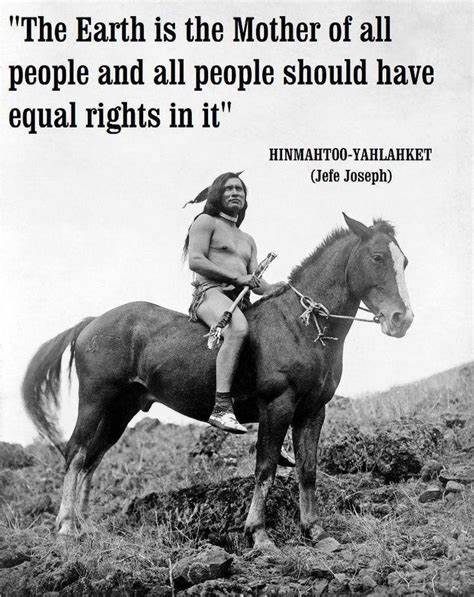 On Aug. 25, Politico reported that the U.S. is weighing formally calling China’s so-called brutal repression of Uighurs a “genocide.” It seems as though U.S. politicians are fabricating the world’s biggest lie. Instead of inventing lies, they should take the time to reflect on their own country’s dark history of genocide and resolve the recurring problem of racism within the U.S.

Behind the successful America of today is not only a past full of the primitive accumulation of capital but the accumulation of human life, all of which reeks with blood. Some believe the U.S. massacred the impoverished American Indians, which then enabled it to shrug off all responsibility and take large quantities of land and resources to freely develop its own economy. The history of U.S. development is riddled with the blood and tears of American Indians and minorities. People are left wondering, could it be that the U.S.’ so-called beacon of human rights is made of bones?

After the American Revolution ended, a century-long period of westward expansion began to take place. White settlers slowly began expanding their territory by encroaching upon American Indian land. In 1850, the president wrote a letter to Chief Seattle, the chief of the Northwest Indian Tribe, asking to purchase the tribe’s land. Seattle knew he was no match for their weapons; he had no choice but to give in. The letter he wrote in return contained these famous words, “Every part of the earth is sacred to my people. … the earth does not belong to man, man belongs to the earth.” This idea, considered absurd by western conquerors, is still used as a guiding principle for those who explore the relationship between humanity and the earth. When self-righteous “civilized people” laugh at and expel “barbarians,” they are unable to understand the sorrow, philosophy and compassion of the “barbarians” they are driving out.

This wasn’t the end of the so-called civilized barbarism. In order to destroy the American Indian’s means of survival, U.S. government officials ordered the massacre of American bison, a vital resource for Indians. By 1890, less than 20 years later, the number of bison in North America, which had been more than 13 million, plummeted to less than 1,000. But they didn’t stop there. In 1814, President James Madison referenced the 1703 North American Colonial Assembly’s Indian slaughter incentive policy; he then stipulated that the government would award $50 to $100 for every Indian scalp turned in. These notorious incidents are known as the “bison” and “scalping” policies.

Actually, a number of America’s former presidents have pushed for a similar Indian extermination policy, including George Washington, Thomas Jefferson, Theodore Roosevelt and Abraham Lincoln. According to statistics, at the beginning of the 20th century, the population of American Indians in the U.S. went from 5,000,000 to 250,000, one twentieth of the original number; at the same time, their conquerors attempted to use the ideals of “freedom,” “democracy” and “human rights” to draw attention away from the truth.

Nazi Germany modeled itself after the racist practices in America. In his book, “Mein Kampf,” Adolf Hitler spoke highly of these U.S. practices, even drawing inspiration from its segregation laws to revise his Nuremberg laws.

You could say the U.S. issue of racism, which has been around since the nation’s inception, has been hard to do away with. Even with the arrival of the modern era, the U.S. has yet to completely shake itself of its ingrained racist habits. The Genocide Convention was adopted in 1948 by the United Nations, but America didn’t ratify the convention until 1988.

America’s systemic racism has grown more severe under the Trump administration. Voting restrictions imposed on American Indians and other minorities, the failure to reform discriminatory practices in law enforcement and the statement of George Floyd (a young Black man), “I can’t breathe,” have become signifiers of an American society that is being ripped apart. After the COVID-19 outbreak, President Donald Trump dubbed it the “Chinese virus,” causing Asian Americans to face intense discrimination. Additionally, research shows that minorities in the U.S. are also facing inequality when it comes to receiving proper medical treatment, with the number of minorities who have tested positive and died as a result of COVID-19 being much higher than that of whites. Finally, Trump’s move to pull out of the U.N. human rights council has caused the so-called beacon of human rights to topple down completely.

What also needs to be mentioned is the awful prejudice toward and persecution of Muslims by the U.S. Every election season, anti-Muslim views are expressed everywhere. Surveys show, “Conspiracy theories targeting Muslims have increasingly entered the political mainstream. … More than a third [of elected officials or candidates] have claimed that Muslims are inherently violent or pose an imminent threat … Just under a third of the candidates considered have called for Muslims to be denied basic rights or declared that Islam is not a religion.” In January 2017, Trump signed an executive order banning citizens from seven predominantly Islamic countries from entering the U.S., an event in the history of human rights that many in the international community have condemned. Moreover, the Los Angeles Times revealed that a Muslim Pakistani man was mistaken for a terrorist and locked up without trial in Guantanamo for 14 years, where he was repeatedly tortured.

U.S. military forces in Iraq, Syria, Afghanistan and Yemen have been known to abuse Muslim prisoners of war and kill large numbers of local Muslim civilians and children. It is a matter of concern whether or not the U.S. Muslim community will meet the same tragic fate as that of the American Indians.

U.S. politicians butt into Chinese affairs and spread rumors about Xinjiang and attack China. All of this is laughable!

Everyone knows China is a multiethnic country. The law states that all ethnicities are equal and prohibits any prejudice toward and/or persecution of other ethnicities; a striking contrast to the U.S. history of genocide, segregation and prejudice. China has established ethnically autonomous regions and allowed for religious freedom. The 56 ethnic groups, including Uighurs, are tightly held together like the seeds of a pomegranate, nurtured by Chinese civilization, and each sharing in the nation’s glory.

Faced with the dangers of terrorism and extremism, Xinjiang launched new policies to combat these problems and secure to the maximum extent basic human rights for all, such as the right to live and thrive. Through the joint effort of all its ethnic groups, Xinjiang’s fight against terrorism and radicalism has brought about significant progress. Now Tianshan, from its northern to southernmost end, is at peace. In 2019, Xinjiang’s gross domestic product increased by 6.2%, and the entire region’s disposable income increased by 7.5% compared to income from the previous year. Cultural undertakings and cultural industries flourished, and the cultural heritage and religious practices of all ethnic groups were protected. In the decades since the founding of New China, the Uighur population has grown from about 2 million to more than 10 million. Judging from this alone, the so-called genocide China is committing against Uighurs has proven to be nothing more than a lie.

In regard to human rights, everyone in Xinjiang has freedom of speech. Xinjiang’s efforts to combat terrorism and radicalism have also been widely recognized by the international community, including Islamic countries. In March 2019, the Organization of Islamic Cooperation held a meeting in Abu Dhabi where they wrote in their resolution, “[The OIC] welcomes the outcomes of the visit conducted by the General Secretariat’s delegation upon invitation from the People’s Republic of China; commends the efforts of the People’s Republic of China in providing care to its Muslim citizens; and looks forward to further cooperation between the OIC and the People’s Republic of China.” Those who are set on maliciously starting rumors just got a big dose of reality!

Whether we’re talking about China’s religious policies, or Xinjiang’s effort to combat terrorism, both can be used as a model. The U.S. ought to settle down and realize these efforts are worth studying closely. If the U.S. chooses to seek out help earnestly, China is willing to freely share its experience because China, like all the people of the world who truly respect human rights and love freedom, doesn’t want a repeat of the tragedy that occurred to the American Indians. We don’t want minorities in America to continue to face difficulties. We wish for every American, including minorities, to be able to breathe freely.