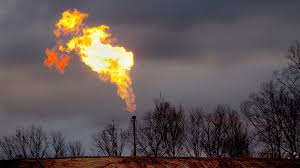 Joe Biden’s new climate plan is truly ambitious. Some welcome it, while others doubt its realism. It’s certain that the Democrat is a climate change hero compared to Donald Trump; however, there exist conditions that must be fulfilled if he can keep his promises.

Joe Biden has announced his new climate plan in which $2 trillion will be invested across four years, making it by far the most ambitious program for the climate ever proposed by an American presidential candidate. In fact, Biden’s plan aims at both reinvigorating the American economy as well as solving climate change. His objectives are to modernize American infrastructure while promoting renewable energy and upgrading housing with strict energy standards. He claims that millions of new jobs will be created by investing in green infrastructure and renewable energies. He also wants to put America back in the Paris Accord to achieve zero carbon emissions by 2050. To accomplish that, he wants an emissions free energy sector by 2035, and four million buildings to be made energy efficient over four years.

The audacity of Biden’s plan slightly resembles the Green Deal put forward by Elizabeth Warren and Bernie Sanders during the Democratic primaries. It also echoes an economic study done by Nicholas Stern and Joseph Stiglitz several months ago urging a green initiative that would engender an economic recovery. Moreover, Biden is aware from an electoral point of view that the climate is central to election debates and thus critical to his campaign, with a Yale University study showing that two-thirds of registered voters are concerned about climate change. It should be noted that this is not the first time that Biden has been involved in the climate change issue. Indeed, in 1986 he was the first to introduce a climate law to Congress. To some, he appears to be one of the architects of the Paris Accord, and the League of Conservation Voters awarded him a score of 83 percent for his involvement in environmental matters across his political career.

Nevertheless, if Biden wins the presidency then putting his plan into effect might become highly complex. For one thing, he would have to find public financing for it. He proposes raising business taxes from 21 percent to 28 percent, but such measures would require the agreement of the Senate and the House. It is therefore necessary for the Democrats to capture both in the coming election, since the Republicans are resolutely opposed to such ideas. For another thing, certain aspects of Biden’s plan seem overreaching, such as achieving zero emissions for electricity generation by 2035 when it’s a fact that natural gas and coal constitute 60 percent of that sector’s energy sources. Even if the costs from the renewable energy investments have fallen significantly in recent years, they would still require massive funding to change the overall picture. According to a new study by UC Berkeley, for 90 percent of electricity generation to become carbon-free by 2035 without raising costs to consumers, $1.7 trillion would have to be invested by the U.S. government. This objective is not impossible to reach, but making the whole sector carbon-free by 2035 appears improbable.

Achieving his plan would also make it necessary for Biden to disassociate himself from the gas and oil lobbies. In fact, during his years as vice president to former U.S. President Barack Obama there was a large boom in gas and oil production, and he can still be criticized for not having done enough to limit fossil fuel companies. For example, Biden neglects to mention the highly controversial fracking issue in his plan, and he has often been condemned for his ties to the natural gas industry, chiefly through his son Hunter, who sits on the board of the gas company Burisma.

A Change of Direction for America

For Biden to realize his far-reaching climate objectives, he will need to change the course of history by making America play the lead role in the Paris Accord. He must at the same time be prudent in implementing his plan, which is now only a campaign promise to appeal to voters that must be seen to be believed. On the other hand, a second Trump term is something to be feared; let’s not forget that during his first term he has defunded the EPA and supported fossil fuels. Trump’s first term has been a catastrophe from an environmental point of view. If Biden is elected, he will have the chance to demonstrate his truthfulness with his plan and upon achieving it become the first U.S. head of state to have taken radical actions to combat climate change while restoring an economy weakened by the coronavirus crisis.

About Hal Swindall 51 Articles
A California native, Hal Swindall earned an MA in English from Claremont Graduate University and a PhD in comparative literature from UC Riverside, majoring in English and minoring in French and Italian. Since then, he has wandered East Asia as an itinerant English professor, mainly teaching writing and literature. Presently, he works as an English teacher trainer in the Faculty of Education at the University of Malaya in Kuala Lumpur, Malaysia. Hal's interests besides translating, editing and literature include classical music and badminton, as well as East Asian temples.