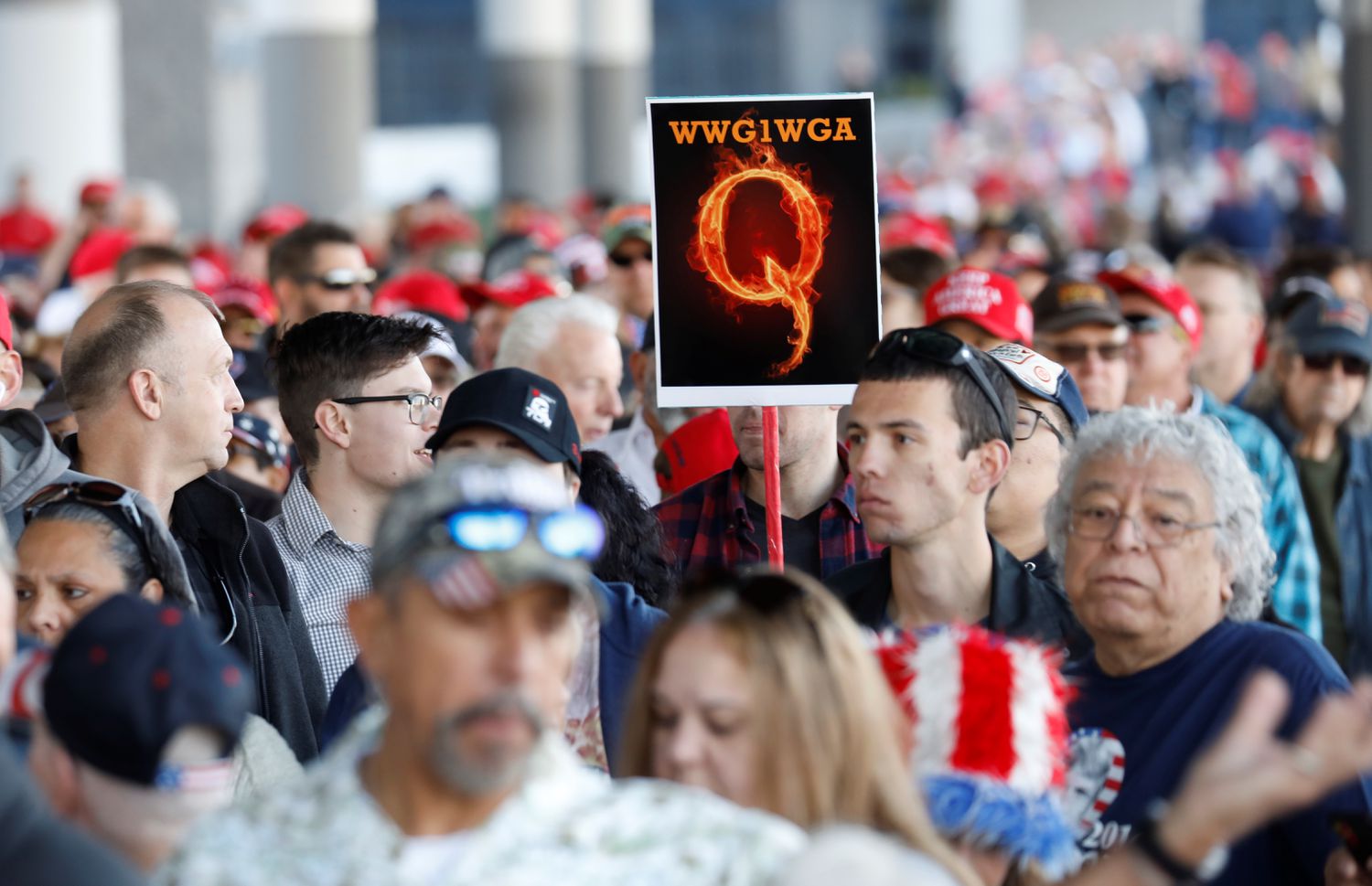 It is not easy to decide the best course of action to take at any given time, but we must not shirk our responsibility to defend reason and science.

In an era of transparency, when you can deconstruct any idea in five minutes, it seems logical that theories as crazy as QAnon’s would have naturally withered away from starvation by now. Or at best, they would have survived only in minority hotbeds of eccentric anti-establishment sentiment. But the logic of the internet has caused the opposite to happen, causing the spread of some of the most outlandish conspiracy theories to spread across borders and reach millions of followers in very little time. And in a short amount of time, QAnon has positioned itself to influence the upcoming U.S. presidential election.

Those holding up the letter Q, some of whom we have seen in anti-mask protests, are convinced that there is a global conspiratorial ring of pedophiles who kidnap and rape children, and that those directing this ring are evil people who occupy strategic positions of power. They call this conspiracy the deep state, whose goal, they say, is to control the world.

Oddly, the theory arose in the United States in 2017 in a most banal way. A comment was posted on the internet forum 4chan by a user who claimed to be a member of the United States Secret Service. Immediately, ultra-right forums jumped on the comment, which they used to support Donald Trump. They said that he was a hero who could put an end to this deep state conspiracy, ignoring the fact that Trump himself was one of the most erratic and powerful politicians. What is shocking about this conspiracy is that it has provoked real acts of violence. In addition to the normal targets like Hillary Clinton, Barack Obama, Bill Gates and George Soros, the conspiracy also targets ordinary people and local businesses, both of which have become objects of attack.

The details of QAnon’s theories are unimportant, they could be anything. What is really dangerous is the speed with which they are propagated. Anonymity on the internet and algorithms that prioritize controversial content in order to increase traffic are excellent allies for conspiracy theories, but there is more to the story. Conspiracy theories have always fed on the idea of a secret power. They direct blame and responsibility onto an enemy that is the source of evil. In the present moment, such theories have found very fertile ground in the uncertainty provoked by the profoundly shifting historic moment. We cannot control these changes, and frequently, neither do we understand them. Erosion of the collective means of security that we have enjoyed thanks to state-based social safety nets is aggravating fear of the future. Additionally, democracy has been eroding, transmuting into a degradation of the values that used to protect us, values that we shared. Until recently, we prioritized respect for the truth. Now, the social status of truth has plummeted such that we no longer notice when politicians tell boldfaced and obvious lies. All the consequences for doing that have vanished. Nowadays, the bite of the law is weak because when a powerful person breaks the law, he or she always finds a loophole to exploit and leaves the law ever more toothless. This systemic decomposition has made it open season for absurd ideas to proliferate, as polls have been telling us for quite some time.

The problem is that we are unable to find the right antidote. When we speak of particular conspiracy theories, we publicize them. As the German philosopher Carolin Emcke said, conspiracy theorists are not interested in debate, instead they want to create controversy in order to gain notoriety and some sort of legitimacy, with the goal of entering the public conversation. Another option of ignoring conspiracy theories also gives them free rein to grow and feed manipulation and falsehood. Those who feel anxious about being powerless in their own lives often seek powerful placebos to mitigate the uncertainty, and are receptive to these types of theories. Holding on tight to them, such people may also feel that they are privileged to have access to a truth that others cannot see. Any message that is meant to reveal the errors of their beliefs are merely considered to be part of the conspiracy they believe in. It is not easy to decide on the best course of action to take at any given time, but we must not shirk our responsibility to defend reason and science.