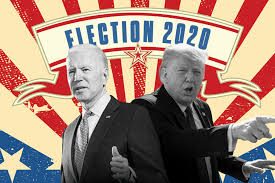 Thanks to how effectively the moderator controlled the final presidential debate, it was not the same mess that we saw in the first debate. Donald Trump and Joe Biden both performed relatively well; therefore, it was a debate with strong performances from both sides.

Despite the fact that Biden holds a slight lead in the polls, I like to use the 2016 election as an example of how Hillary Clinton was both ahead in the polls and won the popular vote by more than 2.86 million votes, but still ultimately lost the election. In the case that Trump is reelected because he wins the most electoral votes, what will this mean for the U.S.?

First, this would demonstrate that is has become common in America to have a president elected by a minority, something which shows the fundamental meaning of “American exceptionalism.” The U.S. is able to project hegemony and unilateralism on the international stage, and has overturned the principle of democratic majority rule, allowing a minority-elected candidate to become president. This is extremely ridiculous to international observers who see that even a minority winner has a “winner takes all” system. Furthermore, the U.S. will no longer be a model of a free democracy, and will instead be a scornful and arrogant nation which expects the rest of the world to fulfill its limitless demands.

Second, many Americans will no longer see the U.S. as an extraordinary nation and some will even prepare to leave given their doubt about America’s international standing. Trump is also asking the American people why his approval rating among African Americans so low, not event reaching 10% when he is so good to them. Trump is asking if behaving better toward lower class white Americans would be beneficial? Thanks to this, American social polarization will only worsen.

As a result, there will also be political deadlock between two opposing Americas. White Americans, Anglo-Saxons, and Protestants will retain political hegemony, which sustains the support of Canada, the U.K., Australia and New Zealand, countries which, with the U.S., form the Five Eyes alliance against China.*

Furthermore, the U.S. will become more isolated internationally. Trump is willing to do anything for the benefit of the U.S., whether it means stirring the pot and abandoning international agreements or rejecting international responsibilities and global justice. This will ultimately lead to the fall of America’s reputation and turn it into an international bully.

Of course, this kind of domineering strategy will undoubtedly backfire and may even result in sanctions against the United States. Trump, however, will not admit his mistakes, and will instead stick with his “America can do no wrong” position, blaming his rivals, particularly China. He will do this in just the same way he fought the COVID-19 pandemic, dealt with his failure to manage the outbreak and caused more than 200,000 Americans to die, and still blamed China instead of himself or the United Nations.

These are the personality traits of populist leaders: avoiding conflict, avoiding responsibility and blaming everything on enemies. In the eyes of his supporters, however, Trump can do no wrong and has no need to abide by any moral constraints. Because a leader just needs to be out there, having charisma alone reassures Trump’s supporters. This is why Trump has been able to maintain his support; his charisma hasn’t faded. This is also the key to maintaining a populist movement, and is simultaneously a test for American freedom and democracy.

The author is a professor at the Graduate Institute of National Development and Mainland China Studies at the Chinese Culture University.

*Editor’s note: The Five Eyes is an intelligence alliance comprising Australia, Canada, New Zealand, the U.K. and the U.S.

About Jaime Cantwell 39 Articles
I'm a rising senior at New York University Shanghai interested in international relations, music, and anything language-related. I'm originally from the Seattle area, but have spent the past few years in Shanghai, Taiwan, and New York!