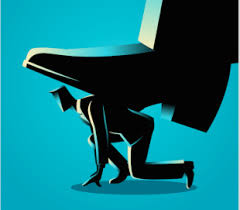 The government’s intentions for electoral reform go far beyond making tweaks to the current regime.

The U.S. election taught us a lot. It’s not only confirmed the perverse effect of polarization on the stability of democracy, but also on electoral systems that are considered the most reliable in the world. If, even today, the losing party stays on the offensive with legal challenges and never-before-seen policies in order to undermine Joe Biden’s victory, one must conclude that no country is immune from the risk of the delegitimization of its electoral rules and procedures.

Donald Trump displayed that it’s not difficult for sectors of the extreme right — who, in general, have little respect for democratic institutions and customs — to launch an attack, motivated by their desire for power, capable of severely harming the credibility of the electoral system. Extremists around the world, with their authoritarian and hegemonic inclinations, will very likely be tempted to follow Trump’s lead. Let us prepare in case the Trumps of the world lose fair and square and do not accept it as gallantly as democratic convictions demand.

Trump’s grotesque schemes to stay in power must serve as a wake-up call. In Colombia, during periods of extreme polarization, it has not been unusual for electoral manipulation efforts to intensify. We seemed to have moved past the times when it was said “he who scrutinizes chooses,” or when thousands and thousands of votes suddenly came in from abroad making Misael Pastrana president, or when Laureano Gomez argued that there were hundreds of thousands of fake ballots in liberal hands.

I’m not so sure. What happened in the United States shows that, if there is a sufficient degree of irresponsibility, warlordism and disdain for the will of the people, those seemingly outdated things could happen again. And whenever suffrage is distorted and manipulated, the next step is, undoubtedly, mass protest and armed insurrection. In this context — in which it was demonstrated that not even the Americans could stop the delegitimizing offensive, and that an innovation as reliable as mail-in ballots was used to generate a fraud accusation — the Duque administration and his allied parties are trying to get creative by modifying the electoral system to guarantee a win.

In Colombia, the electoral system has evolved in a surprising way in terms of its ability to produce fast and accurate results. The refurbishment and modernization of the registry office has made citizens confident in the quantitative legitimacy of elections. Now, they want to get their hands on it. The adoption of digital voting — which Rodrigo Lara has rightly opposed — and the effort to dismantle the Electoral Guarantees Law, among many other articles containing the electoral reform project that are underway in congress, are proof that the intentions of the government and the democratic center go far beyond making tweaks to modernize the current regime. Their resolve isn’t surprising after Uribe’s movement experienced an evident decline in popularity and took an electoral downturn, as confirmed by local and regional elections. With small changes here and there to the electoral code, there is a real risk that minorities might compensate for what they aren’t getting through the popular will.

This dangerous electoral reform, undertaken by Uribe’s supporters, is brewing beneath the country’s surface. Without real public debate and without the citizens realizing what is at stake, this law is advancing in secret, camouflaged by the pandemic and delightfully supported by the executive branch.