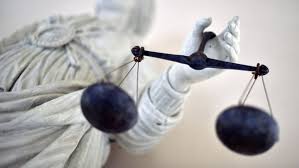 The arrival of Justice Barrett at the Supreme Court has overturned a decision to limit religious services in New York, originally taken to curb the spread of COVID-19.

“A few minutes before midnight on Wednesday, the U.S. got its first glimpse of how profoundly President Donald Trump has transformed the Supreme Court,” wrote The New York Times. The arrival of “ultra-conservative” Amy Coney Barrett to a seat previously held by “liberal” Ruth Bader Ginsburg presents a real challenge for Supreme Court Chief Justice John Roberts Jr.

Last week, Justice Barrett tipped the scales with her vote on a 5-to-4 decision to repeal the restrictions on religious services imposed by Governor Andrew Cuomo in New York to fight the rampant COVID-19 epidemic.

According to the Worldometer site, the death toll per 1 million New York inhabitants was 1,768 as of Nov. 27. Wednesday’s vote for California and Nevada also reverses court rulings made in September, before Justice Ginsburg passed away.

For The New York Times, Wednesday’s decision is a foretaste of what is to come. Justice Roberts had voted along with the four liberal judges (including Ginsburg) on a decision that repealed a restrictive abortion law in Louisiana, another blocking a Trump initiative to remove protections for young immigrants (the Dreamers), and another decision which made it possible to save Obamacare.

In the months to come, Justice Barrett’s voice will be decisive in many decisions, which will give a majority to the conservatives of the court. But court magistrates don’t always follow their political instincts. The fact remains that Trump has also changed the composition of Federal Courts of Appeal by appointing conservatives at their heads. Even with Trump gone, Trumpism is likely here to stay for a long time yet.