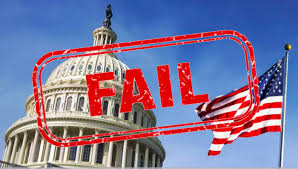 Some 306 out of 538 electors voted for Joe Biden on Monday, Dec. 14, which brings him one step closer to the White House. America’s problems have only begun.

Last week, Donald Trump tweeted that this situation will abruptly worsen because of the threat of a “dangerous moment” and a supposed coup.

“People are upset, and they have a right to be. Georgia not only supported Trump in 2016, but now. This is the only State in the Deep South that went for Biden? Have they lost their minds? This is going to escalate dramatically. This is a very dangerous moment in our history … The fact that our Country is being stolen. A coup is taking place in front of our eyes, and the public can’t take this anymore,” Trump wrote.

“How can a country be run by an illegitimate president?” he tweeted earlier, referring to Joe Biden.

This is how the outgoing U.S. president refuses to admit defeat. Most likely, he will not attend the inauguration of his successor on Jan. 20. By doing so, he will sabotage one of this country’s traditions: the peaceful transfer of power from one president to another. This is unprecedented in recent American history, but the situation itself is also unprecedented.

Among voters, Trump has massive support. According to data from a national opinion poll by Quinnipiac University on Dec. 10, 77% of Republican voters think that there was widespread fraud in this election.

They support Trump and Republican leadership in state government, the Senate and other factions in Congress. On Friday, Dec. 11, the court dismissed a lawsuit filed by Texas and joined by 17 other states, headed up by Republicans, which sought to declare Biden’s victories in Pennsylvania, Wisconsin, Michigan and Georgia illegitimate. Almost two-thirds of the 196 Republicans in the House of Representatives signed a petition in support of Trump’s statement about this case before the Supreme Court. But, as we now know, the Supreme Court dismissed the Texas lawsuit, so perhaps it would have been more reasonable to accept it and then debunk it, if possible. Now the field is open for continuing the “they are stealing the country” campaign.

Such support suggests that many conservatives in the U.S. are increasingly thinking that they cannot win elections because liberals will always find a way to rig them.

This position by his Republican Party colleagues gives Trump the opportunity to retain control over the party despite his defeat in the election. This once again contradicts established practice in the U.S., in which a new party leader replaces the loser. This is also horrible news for Biden, who has been hoping for a peaceful tenure through bipartisan compromise with Republicans in Congress.

Trump will not surrender, not just on the legal field of struggle, but in the streets. A few hundred members of the extremist group Proud Boys marched at a recent weekend rally in Washington, D.C., and clashed with liberal supporters, including antifa, which is no less of an extremist group than others.

The main thing is that the difficult atmosphere in the country will work for Trump. Democrats have taken the country amid the COVID-19 pandemic and they do not have a plan for how to get the country out of it. On Monday, Dec. 14, vaccinations for the coronavirus began, but at best, it will take about five months to bring the coronavirus substantially under control. Until then, America will continue to endure an economic and social crisis that is unlikely to be overcome in four years.

Societal divisions will increase without hope for any consensus because the media went all-in to support Biden. It ignored serious accusations of corruption against him and his son. This loss of an objective press is currently overlooked in the U.S., but it will hinder the search for consensus for decades to come and could lead to a secession crisis.

The election and popularity of Trump is not the collapse of a nation and the defeat of democracy, as the American media write, but a population’s attempt at democratically eliminating immoral priorities imposed on it by liberals who have long lost connection to many of their fellow citizens. This is an attempt to return the economy from the centralized financial sector to the real sector.

In 2020, the Democrats won, but it was a costly victory, for the country has turned into a failed state.