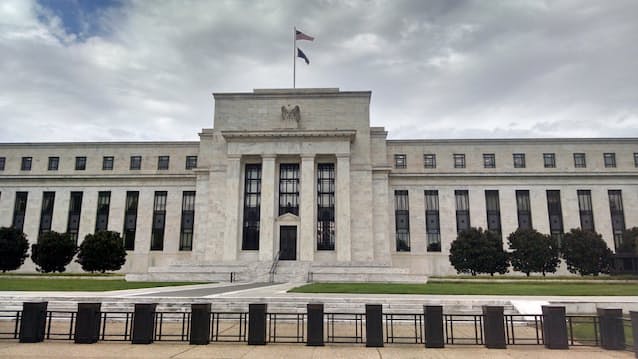 Can a central bank solve any kind of economic problem? Although we acknowledge the limits of a monetary policy that sticks to zero interest rates, there is a continuing request for a new role for central banks, with a particular focus on rectifying inequality. It is emerging as a new mission for America’s Federal Reserve Board.

With former Democratic Vice President Joe Biden’s victory in the U.S. presidential election, his party platform’s “support [for] making racial equity part of the mandate of the Federal Reserve” has caused a stir among markets and experts.

The redistribution of resources, such as levying taxes or paying subsidies, is the job of elected politicians. If a central bank which oversees the overall economic climate and price of goods steps into this territory, it raises a debate over the bank’s legitimacy and function. This is common sense.

It would be expected for the Federal Reserve to resist. Instead, under Chairman Jerome Powell’s leadership, the Fed itself is actively involved in the inequality issue.

The key issue is the new framework for financial management introduced in August. Its pillar feature is an average inflation target of 2% over the long term. Since a 2% drop has continued for a long time, even an increase of more than 2% right now will not tighten finances. With the economic crisis brought on by COVID-19, markets expect zero interest rates to continue.

When the Fed proposed its new framework, it published some 10 papers to bolster its argument. One of these, “Distributional Considerations for Monetary Policy Strategy,” concluded that introducing an average inflation target would have a particularly beneficial effect on the lower class. Research on the connection between the inequality issue and monetary policy has thrived in recent years. This is because it has become difficult to ignore inequality when analyzing the economic climate or drawing up a prescription for an optimal financial policy.

The aforementioned papers also emphasized that managing monetary policy has become more difficult with widening inequality. This is why: As wealth concentrates in the upper class, which saves more, the trend toward a “savings glut” accelerates and interest rates are forced down. It is easy for interest rates to reach zero, tying the central bank’s hands. On the other hand, when the lower class, with its limited means for saving, grows, unemployment leads directly to a sharp drop in consumption, and economic recession grows in severity. At the Federal Open Market Committee’s November meeting, concerns were expressed over worsening finances and a decline in consumption among the middle and lower class.

Previous evaluations of monetary policy treated countless households’ expenses as having the same cookie-cutter qualities. The assumption was that there was no gap in income or wealth. When the Heterogeneous Agent New Keynesian model was developed, which uses households of varying income and capital baselines and structures as its premise, financial policy and inequality could be analyzed in more detail.

How does the HANK model explain a severe economic recession in a zero interest rate environment? The papers report that under normal interest rate manipulation, the unemployment rate would shoot up from an average of 6% to 14%. A situation that ensures a prolonged zero interest rate with an average inflation target produces about 12% unemployment. This may only be a two-point difference, but when restricted to Black men and men without high school diplomas, the result appears to roughly double.

Some experts complain that the long-running low interest rate environment that the Fed engineered was itself a spur for the price hike and made the rich even richer. As addressing inequality becomes more of a global concern beginning with the American presidential election, the impression that the Fed is an enemy of the inequality problem might get stronger. It seems that instead, the Fed is making the opposite case – that new methods of analysis show long-term relaxation itself is effective against inequality.

The point of the average inflation target is not to stop zero interest rates once the economy recovers, but to stimulate economic activity. With its new framework, the Fed announced that, in fact, “we are not concerned by an overheated labor market because there is little anxiety about a sudden jump in prices.”* If the Fed continues to prioritize relaxation and lowering the unemployment rate, these benefits will accrue even more to the lower class.

Stimulating the economy through an overheated labor market was former reserve chair and labor economist Janet Yellen’s idea, that of a “high-pressure economy.” She has been nominated to serve as America’s next treasury secretary. It doesn’t appear that will apply excessive pressure to the Fed just because she is so well versed in monetary policy, but as the Biden administration aims to rectify inequality, the sense that former and current Fed chairs have combined policies will likely increase.

Anxiety is also rising among those involved with the central banks in other countries. Otmar Issing, a former chief economist at the European Central Bank, writes online that “Powell’s intervention in the inequality debate will eventually backfire.” This is because, in the future, when groundwork is laid for restraint, “[the Fed] will come under immense political pressure not to hurt the poorest members of society.”

Some also claim that “there is a lack of balance with financial stability” (according to a Bank of Japan alumnus). If we shine a light on lessons from the past, the destination of long-term financial relaxation is a bubble and collapse. Capitalists are also wounded when bubbles pop, but because many low-income people lost their homes in the 2008 American financial crisis that originated with a housing bubble, questions linger over whether long-term relaxation is advantageous for the lower class at the end of the day. Even after prolonged relaxation over concerns about inequality, it can’t be said that the possibility inequality will eventually increase is zero.

As monetary policy further merges with finance, through large-scale buying of government bonds, for example, the risk that it will be treated merely as a convenient wallet for politicians will increase. Central banks obviously must face the inequality problem, but until a targeted treatment for inequality is found, scrupulous caution will be indispensable in responding.

*Editor’s note: This quotation, although accurately translated, could not be independently verified.