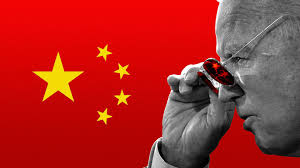 “Dear Heavenly Father, please keep the leader of China, President Hu Jintao, healthy and on an even keel … And Father, forgive us for all the bad words we used in recent years to describe China’s leaders — terms like ‘Butchers of Beijing.’ We did not mean it … May China’s leaders live to 120, and may they enjoy 9% GDP growth every year of their lives. Thank you, Father. Amen.” In 2004, The New York Times published a column called “Let Us Pray.” At the time, the global stock market was succumbing to panic as China rolled out economic austerity reforms. The piece was written by columnist Thomas L. Friedman.

The column points out, “The world is getting hooked on China — its cheap labor, its voracious appetite for commodities and capital,” and “[t]he more hooked we become, the less the world can tolerate any sort of prolonged instability there.” As a result, Friedman advises the leaders of America, the European Union, Japan and other influential countries to recite the prayer each night before bed that the Chinese economy will have a soft landing. It is a prayer that says, “China’s stability is our problem.”

This was the way in which China was important in 2004. China supplied cheap products, lowering the burden of American consumers. China was buying the world’s raw materials in bulk. America’s capital was invested in China so American lenders could reap returns. All this merited the article’s claim that “China’s stability is our problem.”

However, the tables have turned. “Let us Pray” has become an artifact of the distant past. Donald Trump may no longer be president, but it appears America has no intent to change from its “China Offensive.” America is pulling “allies” into the fray in hopes of besieging and pressuring China. Joe Biden is cautioning, “If we don’t get moving, [China is] going to eat our lunch.” This can be seen as an insinuation that someone will either triumph or be defeated.

A strategy of “toughness” is also emerging, as China is labelled a “strategic adversary” and sanctions are left on the table if circumstances require them. The situation is enough to create anxiety that America and China’s “cold war” is a greater cause of worry than COVID-19.

The reason for this is that China is becoming increasingly prickly. China is predicted to rise to the world’s number one economic power, outstripping America, by 2026 in earlier estimates. Originally, the year was expected to be 2028 or 2032, but this threshold has moved up by a few years. Attesting to this outcome, in the global economic plunge caused by COVID-19, China was an exception as other countries worldwide experienced a contraction in economic development.

“Shows of force” are not out ruled out. The U.S. Defense Department was reported to be establishing a counter-China national defense strategy. There was also news that, within three days of Biden’s inauguration, Chinese bomber jets carried out a “mock strike exercise” targeting an American aircraft carrier in the South China Sea.

Phone calls are also a “power struggle.” According to reports, Biden’s first formal call with Chinese President Xi Jinping is said have lasted around two hours. These kinds of marathon phone conversations are said to be unprecedented. For a phone call, there was no shortage of words to exchange. Biden pressed “human rights and trade,” while Xi pushed back with the issue of “domestic intervention.”

As of 2019, China reportedly accounts for 23.3% of South Korea’s trade. America accounts for 12.9%. It is inevitable that the both countries will be of great importance to us. The notion that South Korea is caught in the nutcracker of China and the U.S. is taking on a renewed relevance.