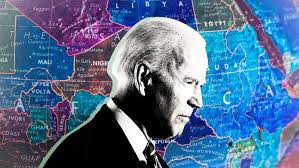 Appointments of Black figures to key positions, conciliatory speeches, “normal diplomacy.” The Biden administration is keen to reconnect with Africa, which was ignored by Trump.

This is probably not a Herculean task; given the contemptuous indifference Donald Trump showed the continent, where he never set foot, the new administration will benefit a priori in Africa, especially since it has already indicated a clear change in intentions and ambitions.

In a speech addressed to the participants of the 34th African Union Summit and released on Feb. 7, Joe Biden outlined his general foreign policy, saying, “America is back. Diplomacy is back at the center of our foreign policy.” Biden added that the U.S. would be “renewing our role in international institutions, and reclaiming our credibility and moral authority.”

Biden then focused on Africa, stating that the United States stood ready to be its “partner, in solidarity, support and mutual respect. We believe in the nations of Africa.” He spoke about a “shared vision of a better future,” and evoked the economy, security and human rights for “women and girls, LGBTQ individuals, people with disabilities, and people of every ethnic background, religion, and heritage.”

The president also mentioned the crises of the moment: the pandemic and global warming, the prospect of adequate funding for vaccine factories and the Green Climate Fund. Finally, he announced that restrictions mandated by Trump on visas for refugees would be repealed, and that racial equality and the fight against white supremacy were priorities for his administration. Clearly, Biden’s purpose was to highlight a clean break from the Trump administration and, in turn, to underscore the continuity with the policies of Barack Obama, under whom he served as vice president.

To understand a little more, we can see a series of very significant appointments by the new president, including the promotion of a number of African American officials. Enoh Ebong was named acting director of the U.S. Trade and Development Agency. Born in Nigeria, Ebong has solid experience within the Trade and Development Agency, where she served from 2004 to 2019.

Mahmoud Bah, originally from Guinea, another distinguished figure, was appointed acting chief of the Millennium Challenge Corporation. Created by Congress in 2004, the MCC is a development program designed to provide grants to countries that have demonstrated their commitment to promoting good management practices and economic reform. Bah also has a solid 10-year track record with the MCC, including three years as head of the MCC in Côte d’Ivoire.

There are additional appointments of African Americans at the highest level. They, too, mark a symbolic and practical break with the Trump era. Although the vice president is not African American (her parents were of Caribbean and Indian descent), Kamala Harris presents herself as a Black woman, with whom many Black women and men identify. Lloyd Austin, a four-star general, also took office as the new defense secretary, a first for a Black man.

U.S. Rep. Marcia Fudge of Ohio is now Housing and Urban Development Secretary, while Susan Rice, former U.S. ambassador to the United Nations, was named director of the U.S. Domestic Policy Council. And Linda Thomas-Greenfield, a veteran diplomat who served as assistant secretary of state for African Affairs between 2013 and 2017 before she was dismissed by Trump, now represents her country as U.S. ambassador to the United Nations.

If we add Hispanic and even Native American figures to this list, the current Biden Cabinet is by far the most diverse in the country’s history. (Half of its members are people of color.) This is what is significant, and which was welcomed by anti-racist organizations in the United States: representation, who embodies a position, is something that counts in politics!

Of course, the impact these appointments will have on policy that is implemented remains to be seen. On the part of Africa, the general trend is a return to normal diplomacy, marked by a respectful relationship between the United States and the continent.

The main difference with the Obama administration seems to be found in a greater focus on environmental investment, which Biden insisted on so much during his campaign, and on prioritizing health care, since Africa has not been spared by COVID-19, even if the consequences of the pandemic are not comparable to those experienced in Europe or the United States.

On other subjects, Washington will, as is traditional, combine its own mostly economic interests with strategic interests (leaving the leading military role to France in the Sahel, while providing logistical support) and humanitarian concerns. But historians are well aware that what seems predictable may be thwarted by the events themselves, and the ability of African and American leaders to respond!