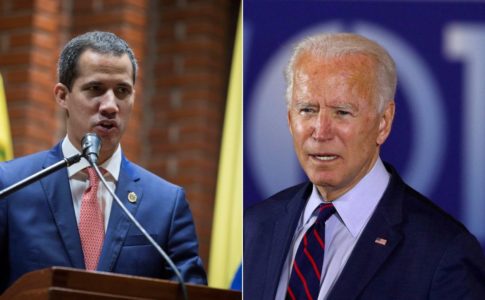 Clearly, authorities in the United States are concerned for the restoration of democracy in light of President Joe Biden’s phone call to Venezuelan interim president Juan Guaidó, during which Secretary of State Antony Blinken raised the matter of a return to democracy in Venezuela through “free and fair elections,” because it is necessary to return to elections and demonstrate an effort to unite, due to the “urgent … needs in Venezuela.” Likewise, a bipartisan group of members of Congress have asked Biden for the urgent designation of a new special envoy to Venezuela in the person of Elliott Abrams.

For his part, Guaidó lobbies the opposition for more unity in facing potential elections in order to restore institutional democracy. Biden endorses Guaidó’s claim by recognizing him as “president-in-charge (firm support) to protect him and prevent him from being arrested.”*

Biden also confirms his support for and solidarity with Guaidó by extending the national emergency decree on the basis that “[Nicolas Maduro] continues to pose an unusual and extraordinary threat to the national security and foreign policy of the United States.” The decree continues because the socioeconomic and sociopolitical situation in Venezuela is worsening, inexorably, with no improvement in sight, in virtue of the far-fetched policies of the Maduro regime, which is not accepted by almost every nation in the world, except China, Cuba, Iran, Russia and those states that make up the Petrocaribe. But the U.S. plans to put a lot more pressure on Maduro.

Fundamentally, the political moment demands abandoning individualism and personal ambitions, inspired by longing for power for the sake of power and not for service, under penalty of wearing the Chavo-Maduro-Castro-communist yoke for an even more indefinite time. The die is cast! And it would be a mistake to ignore our political reality, because we are not goats in a pen but rational beings seeking and caring for the freedoms and human rights that the regime brags so much about and evades.

Thus the leadership that Guaidó embodies is proven in spite of the dirty war that tries to provoke him.