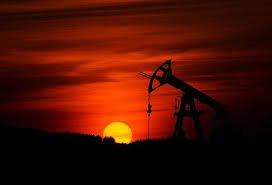 Analyst Alexander Frolov talks about how the problems of the United States oil sector will affect the OPEC+ members.

The OPEC Joint Ministerial Monitoring Committee is scheduled for March 3 this year. The OPEC+ members are meeting the next day. The current market conditions are favorable for increasing OPEC production quotas.

In April 2020, when members of the OPEC+ were signing the extraordinary agreement, they expected that they would have to adjust their production in the following two months. After that, they projected an increase of their output by 2 billion barrels per day, and in January 2021, they planned to do so by another 2 billion barrels.

Yet, at the beginning of April, no one could predict the depth of the rabbit hole where oil demand was falling. No one could forecast when and how fast the demand would stabilize. In the second half of April, the oil market hit a few all-time lows, including the lowest demand and the worst oil price plunge in absolute terms. Before these events, the world had experienced something similar in the 1900s and the 1930s, when one could buy an oil barrel for just 2 or 3 cents. However, until 2020, no one could have imagined that oil prices would drop below $40 per barrel.

As a result, oil prices drove the U.S. oil producers from the world energy market, which had to decrease their output by 2 billion barrels per day even though the U.S. had not participated in the OPEC+ agreement. Yet, according to OPEC, about 1.5 billion barrels of oil were accumulated in surplus stocks in the first six months. Even though the demand had started to stabilize in the summer, the gigantic amount of surplus prevented the OPEC+ from implementing its plans on production. That is why the members decided to extend production restrictions until August.

Furthermore, the producing countries could not increase their oil production because some OPEC+ members did not fulfill their obligations and the demand was sluggish. On the other hand, the most pessimistic scenarios predicting that oil demand would drop during the “second wave” of COVID-19 did not turn out to be true either. In the second half of 2020, in some countries, like China, the demand did not just grow but surpassed pre-pandemic levels.

If oil demand continues to recover, the OPEC+ members might even consider increasing production quotas beginning in April or May. Another reason to do so might be the recent events happening in the United States.

The U.S. has been the major troublemaker in the world oil market since 2012. For the most part, the U.S. is responsible for the 2014-2016 and Oct. 2018 crises. This is not because there is some convoluted plan plotted by the American energy sector; the reason is the inconsistency and spontaneity of the U.S. market amid abundant financial and other resources. At the same time, the American market is always the first one getting hit by the crises it starts. This time, it suffered not from financial shocks but relatively moderate weather changes (by Russian standards). Freezing conditions (-20 Celsius) in the largest oil-producing state paralyzed the energy sector, running water, sewage system, oil and gas production and the work of refinery companies.

In January, crude oil imports in the United States were at 5.9 million barrels per day on average (the highest number since July 2020). At the same time, exports of “black gold” from the United States were at 3.1 million barrels per day. Considering this, we can think of yet another failure in American oil production as a positive event for the members of the OPEC+ agreement and the world oil market in general. This is especially true in terms of selling oil surplus (even though the influence of demand fluctuations in the U.S. on the world oil market is yet to be analyzed). According to the United States Energy Information Administration, the expected length of the recovery period for the affected market players is still unclear.

Furthermore, the dynamic of world economic development looks quite promising. Obviously, with some countries (India, for example), we cannot ignore the fact that their economy is recovering from the sharp economic slowdown of last year. Yet, we can also look at China, which in 2020 managed to somehow increase its GDP by 2.3% and is expecting further growth by 6.9-7.4% in 2021.