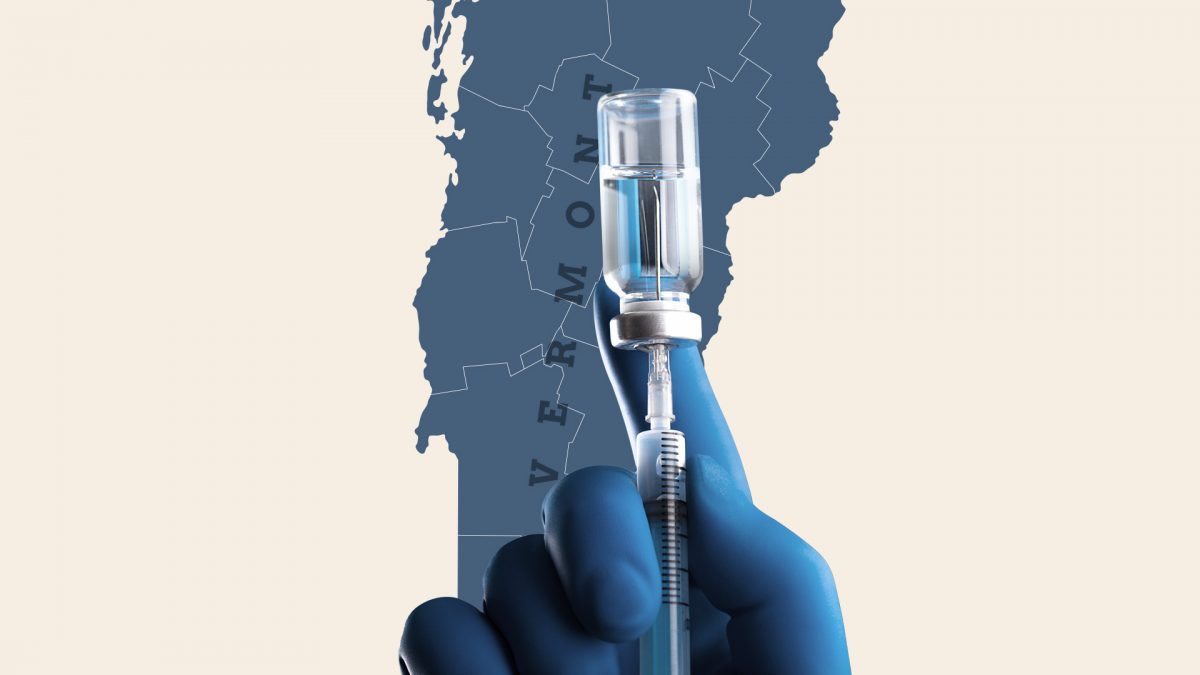 Given that everything has become politicized in the United States, including the COVID-19 pandemic, it should come as no surprise that the ongoing vaccination campaign is stirring up political division.

On April 1, the Republican governor of Vermont, Phil Scott, caused an uproar by giving priority in the COVID-19 vaccination campaign to residents of the state who identify as Black or indigenous.

One wonders about the constitutionality of such a decree, since it is based on racial criteria for offering medical protection to a limited segment of the population. But the question is broader.

Scientists have known for a year that the No. 1 risk factor for serious complications of COVID-19 is age, far and away. It is certainly not the only factor — obesity, diabetes and hypertension, to name but a few, are all additional risk factors. Moreover, the prevalence of comorbidities increases with age, which makes older people still more vulnerable.

If the goal is to “follow the science,” the latter could not be clearer when it comes to vaccination: age should be the No. 1 factor.

And yet, the governor’s decision theoretically permits young people in good health to go ahead of people over 55 with more comorbidities … which runs counter to the recommendations of the Centers for Disease Control and Prevention.

Not in a Vacuum

It may seem mystifying, but this pandemic is not operating in a vacuum: It is striking a society profoundly torn by disputes and division when it comes to identity and race. It quickly became apparent, from the earliest days of the health crisis last spring, that minority communities were suffering disproportionately from the virus.

The CDC estimates that, to date, African Americans and Native Americans are three to four times more likely than white people to be hospitalized as a result of a COVID-19 infection, and twice as likely to die of it. This is due not so much to intrinsic biological differences as to a set of socioeconomic factors that fundamentally disadvantage these groups.

If Scott decided to prioritize ethnic minorities, it is precisely because of their increased risk of hospitalization and because they are not actually vaccinated at the same rate as the white population. Scott claims that, in reaction to his decision, his cabinet and the state’s health department have been the targets, particularly on social media, of “vitriolic and uncalled-for comments” tainted with racism. Some have even accused the governor of placing their lives in danger. “So 45-year-old white cancer victims can’t get a vaccine but otherwise healthy teenage people of color can get it?” hammered an elected official from a neighboring state. Far from making a U-turn, the governor held the line.

In a sense, this situation constitutes a natural progression of things. Last year, particularly after the death of George Floyd in Minnesota in May, the spotlight was thrown on the issue of racial inequality, and reactions have become even more inflamed.

Since then, politicians throughout the country have sought to make themselves the standard bearers of a movement aiming to alleviate some of these inequalities. For some, that takes the form of pressing for the removal of monuments erected in honor of Confederate officers; for others, it takes the form of promising reform of the justice system. For Vermont, it translates into the establishment of priorities in vaccination against COVID-19.

Yet last week, the CDC and its director, Rochelle Walensky, issued statements that seemed contradictory. First, Walensky stated that “vaccinated people do not carry the virus,” a statement from which the organization quickly distanced itself. Then, after the CDC announced that those fully vaccinated could travel, its director reiterated that she still recommends avoiding travel, to which the CDC replied that traveling under these conditions represented only a very small risk. Admittedly, permitting travel and recommending it are two different things. And yet, the lack of cohesion is clear: these flip-flops haven’t taken place within a few months, a few weeks or even a few days, but in the space of a few hours. Perhaps the science evolves quite rapidly, but not to that extent.

The science seems to indicate that vaccination would almost completely reduce the threat of serious complications linked to an infection. Because there is no such thing as zero risk, humans come to different conclusions about what should and shouldn’t be encouraged in an environment where a minimal risk subsists. And it is in this conflict of ideas, values and perspectives that a scientific agency’s recommendations are issued.