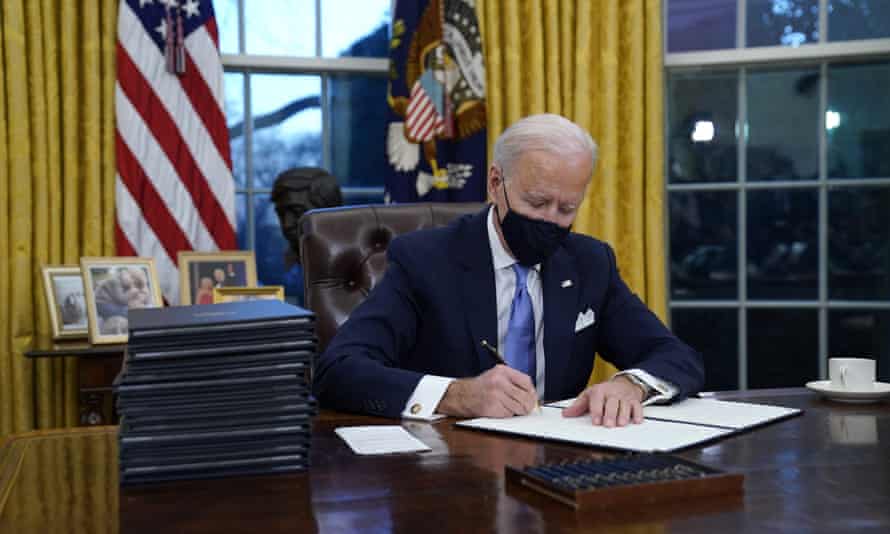 As the symbolic milestone of the first 100 days approaches, the Joe Biden administration presents a record of government activism unprecedented since the time of President Franklin D. Roosevelt’s New Deal in the 1930s or, more recently, since the massive legislative output promoted by President Lyndon Johnson from the time he took office in November 1963 until the congressional elections of 1966. In the first period mentioned, the foundations of the American welfare state were laid, while the second was characterized primarily by advances in civil rights for the African American minority.

Through bills, executive orders and other types of initiatives, since Jan. 20 the new administration has addressed, or at least promised to address, almost every area of political activity. From massive social public spending programs and investment in infrastructure to the reform of taxation, fighting climate change — the most recent — the regulation of firearms and the search for a new understanding in race relations. The only thing left aside, at least for the moment, is the attempt to reform immigration policy in depth, faced with the obvious danger of arousing a gigantic magnet effect, of which there are already signs, on the border with Mexico. Compared with the hyperactivity of domestic politics, international politics have taken a low profile, although there has been no lack of obvious hostility to Vladimir Putin’s Russia or of serious warnings to Xi Jinping’s China.

The initiatives in the field of social spending and infrastructure have been particularly ambitious. The $1.9 trillion approved by Congress on March 11 without a single vote from the opposition party, together with the massive injections of public funds already approved in 2020, threaten to put the deficit at 15% of gross domestic product, a level unprecedented in the United States in peacetime.

Investments in infrastructure, in a similar amount, aim, among other things, to repair 20,000 miles of the road network, replace lead pipes in hundreds of thousands of schools, install half a million charging points for electric vehicles and develop new technologies that reduce the still-significant dependence on oil. The financing of this effort, however, is more fiscally orthodox, with an increase in the corporate tax that in any case would not return to the level existing prior to the tax cuts made by the Donald Trump administration in 2017. Particularly novel, almost revolutionary, are Biden’s plans to negotiate within the Organization for Economic Cooperation and Development a multilateral agreement that includes a global minimum tax rate on the profits of large corporations.

In a man who, during broad phases of the electoral campaign and throughout the transition from the election to the inauguration, seemed to reflect Winston Churchill’s malicious definition of his successor at the end of World War II, Clement Attlee — “a sheep in sheep’s clothing” — such activism might seem strange, but it surely reflects his lengthy history in Washington. Indeed, unlike Bill Clinton and Barack Obama, who recovered from their defeats in the first midterm elections they faced with their presidential reelections, Biden is aware that his age will hardly allow him that opportunity. In other words, if he loses control of Congress in next year’s legislative elections, he is politically dead. Therefore, he intends to turn them into a national plebiscite, putting all issues on the table from the first moment and unapologetically asserting his progressive vision of the country against the populist nativism of Trumpism. “All bets are off …”