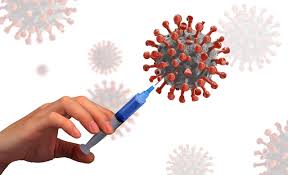 Joe Biden now decides to support patent suspensions, with India devastated. The U.S. government has recently announced that it supports temporarily lifting COVID-19 vaccine patents. Clearly, this is good news. Since last October, India and South Africa, with the support of many countries in the global south, have been calling for patent suspensions, including for COVID-19 tests and treatments. Now, India is suffering the most devastating impacts of the pandemic. The recent explosion in the country is not just bringing consequences for its own population but also for Western economies, and in particular, U.S. geostrategic interests.

Through its representative in the World Trade Organization, Katherine Tai, the Biden administration stated, “this is a global health crisis, and the extraordinary circumstances of the COVID-19 pandemic call for extraordinary measures,” adding that “The administration … in service of ending this pandemic, supports the waiver of those protections for COVID-19 vaccines.” However, they have cautioned that this will take time.

We support the immediate freedom to manufacture vaccines by eliminating the monopolistic patents.

Naturally, U.S. pharmaceuticals Moderna, Pfizer and Johnson & Johnson are against losing their patent monopolies. They have made significant profits, both on the vaccines that have already been supplied and those currently on order, by charging exorbitant prices they were able to set themselves.

Until now, the U.S., together with the EU, the U.K. and Switzerland, had opposed patent suspensions. Now, the WTO is due to meet, open negotiations and decide on the matter. The World Health Organization recently reported that only 10 countries accounted for 75% of the vaccines administered around the world.

The second wave of the pandemic is currently sweeping across India at a terrifying rate. The country has surpassed 20 million infections, with more than 350,000 cases every day, and 3,449 deaths in 24 hours, 2.4 people every minute, a figure which continues to add to the 220,000 registered deaths. Sadly, according to many experts, the true death toll could in fact be considerably higher.

Due to this situation, 40 countries, including China, have been sending various types of aid, from ventilators and medical equipment to oxygen generators and cylinders, concentrators and regulators. The new Indian variant, referred to as the “double mutant,” appears to be more contagious and aggressive than the previously known variants.

A humanitarian crisis of immense proportions is currently unfolding. India has a population of around 1.4 billion people, one-sixth of the world’s total population. This made it evident, at least to U.S. geopolitical interests, that lifting the patents is necessary to avoid the crisis on the subcontinent becoming a global one — and not just a health crisis, but an economic crisis for Western economies.

The uncontrolled spread of the pandemic is also damaging the country’s economy. Affected by the high incidence of the virus, many companies cannot guarantee business as usual, especially in the textile, active pharmaceutical ingredients and electronic devices sectors.

According to statistics supplied by India’s Investment Promotion and Facilitation Agency, the most affected sector is electronics manufacturing, a pillar of India’s economy that contributes nearly 20% of the country’s GDP. This is because the pandemic has spread to various parts of the country that are home to large manufacturing facilities.

After China, India’s textile industry is the second largest producer-exporter in the world, representing 5% of the global trade of textiles and clothing items. According to the Ministry of Textiles of India, the textile industry contributes 2% to India’s GDP and 12% to the country’s export earnings, with Western countries constituting its primary export markets.

For as long as the pandemic is out of control in India, the regular supply of textiles, pharmaceutics and electronics, among other goods, cannot be guaranteed. In fact, some international orders are shifting to China, as Western buyers are searching for alternative sources for their products.

Making Vaccines for Others

The country is an internationally recognized pharmaceutical superpower, true even before the pandemic, producing nearly 60% of the world’s vaccines, including those against diphtheria, whooping cough and tetanus (the DPT vaccine), as well as vaccines for tuberculosis and measles. As things stand, India produces 70% of the world’s patented vaccines, but it does not manufacture them for its own people. In the case of COVID-19, only 2% of the country’s population has been fully vaccinated.

India has exported more vaccine doses than it has fully vaccinated citizens in the country, the complete opposite of the U.S., the U.K. and the EU. With a larger population than Africa and hundreds of millions of people living below the poverty line, India depends on its own supply of vaccines, unlike the countries that have supplied themselves with vaccines produced in India.

Biden is a loyal follower of the China containment policy pursued by Donald Trump. The difference lies in forcing U.S. allies to follow his orders. Here, India is a crucial “ally” to be integrated into Biden’s anti-China front, a geostrategic trump card allowing the [China] containment strategy to move forward.

Just two months ago, at the height of the pandemic, U.S. Defense Secretary Lloyd Austin met with Narendra Modi, the prime minister of India. Austin spoke of “elevating the United States-India defense partnership, especially in the context of strategic challenges in the Indo-Pacific region,”* a clear reference to China.

This cooperation has led to an increase in military ties between India and the U.S. in recent years, including important weapons supply contracts for U.S. matériel imports worth more than $20 billion. These ties are continuing to grow under the Biden administration, which is currently negotiating the potential sale of 30 military drones, with an estimated value of $3 billion.