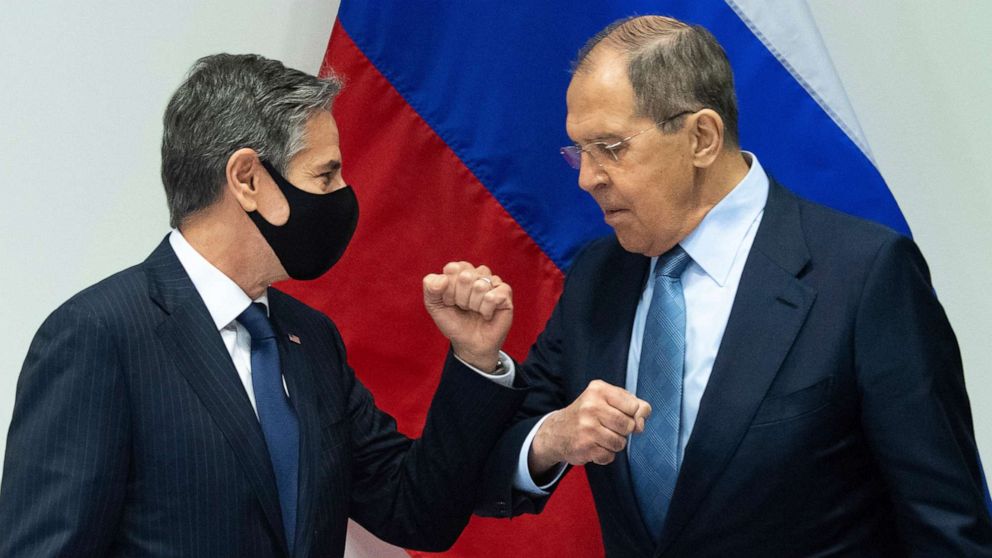 Under Joe Biden’s administration, Washington has identified China and Russia as top strategic threats. The meeting in Alaska between Secretary of State Antony Blinken and Chinese foreign minister Wang Yi in February this year was marked by an ill-tempered exchange.

In March, Biden and Vladimir Putin exchanged mutual insults from afar as well as the imposition of sanctions. Putin called for a personal meeting with Biden, which was ignored. In fact, if Washington’s confrontation with Beijing was bad, the relationship between Moscow and Washington appeared to be going through one of its worst phases since the Cold War.

The escalation of the situation has helped bring Russia even closer to China and within the framework of the existing strategic convergence and growing cooperation between Moscow and Beijing, the most recent development being an agreement with the Russian company, Rosatom, for joint construction of nuclear power plants in China.

It all seemed to point to an increase in tension with the United States, on one side, and China and Russia on the other, pushed by Washington to strengthen an alliance that borders on a military one. An apparent return to the Cold War, with new characteristics and new players, seemed to be establishing itself.

But on May 19, Blinken and Russian Foreign Minister Sergey Lavrov, met on the margins of an Arctic Council meeting, in an exchange aimed at establishing “a more stable and predictable relationship.”

From each country’s different perspectives, the meeting, which was more relaxed, aimed to discuss a wide variety of topics essentially concerned with mutual cooperation in the search for strategic stability and the renewed possibility of a meeting between the two presidents.

Both parties acknowledged that, despite their differences, the conversations were constructive, but the friendlier tone that characterized the meeting was reinforced by an important sign from Washington: the U.S. administration announced on May 21 that it will not impose sanctions on the main company building the pipeline Nord Stream 2 between Germany and Russia, a particularly sensitive subject.

Russia had already stated that eliminating sanctions on the pipeline would improve the relationship between Moscow and Washington.

Beyond the fact that the pipeline’s strategic value, according to some analysts, has been significantly reduced, Washington’s change of heart, although it did not imply all sanctions would be lifted, could affect a number of situations.

First, it sends a signal that the U.S. will cease putting pressure on Russia and China, jointly and simultaneously, which will eventually decrease tension on one of Washington’s two top strategic fronts.

Second, it moves Ukraine to second place as a point of tension in Russia’s western space. In fact, after the escalation of Russian military presence on the country’s border in April, Ukraine’s President Volodymyr Zelenskiy announced on May 19 that he was ready to speak with Putin, concerned about the possibility that the U.S. would reach an agreement with Russia, particularly with respect to the pipeline.

Third, it anticipates the need for collaboration and dialogue between the two countries in the Arctic Council, following Russia’s assumption of the chairmanship for the next two years during the meeting.

With its plethora of natural resources and the possibility of habitation all year round due to global warming, the Arctic has become an alternative Northern sea route, one that is shorter and safer than the Suez Canal, and is Russia’s big bet in geostrategic and economic terms.

Finally, the signs of a potential thaw between Russia and the U.S. and their eventual cooperation on the Arctic Council also sends a message to China, which, not being a full member of the council, aspires to launch a Polar Silk Road and get involved in the formation of the region’s international standards, an initiative generating reluctance and suspicion among the members of the council, including Russia.

About Hannah Bowditch 67 Articles
Hi, my name is Hannah. I am originally from UK but currently residing in Montreal, Canada, working in a bakery and trying to brush up on my French! I hold a Masters degree in Translation from the University of Portsmouth and a BA in English Literature and Spanish. I love travel and languages and am very pleased to be a part of the Watching America team.