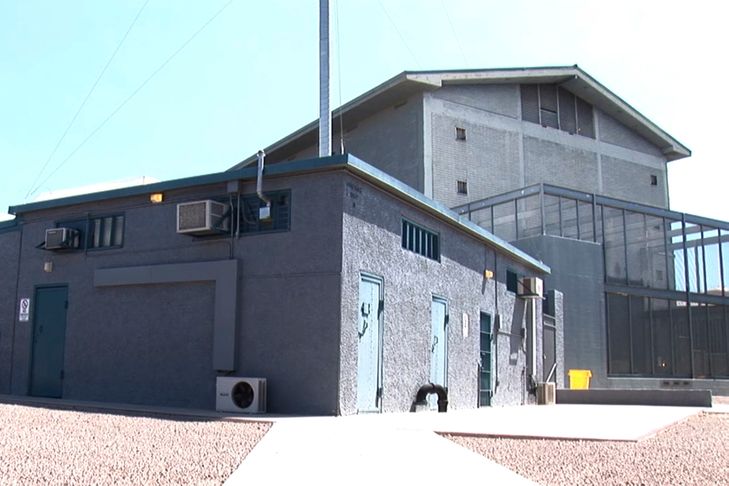 Arizona wants to resume gas chamber executions using Zyklon B, the same gas used in the Holocaust. The shortage of barbiturates for lethal injection in the United States is pushing numerous states to turn toward old execution methods.

More than 30 years after it was abandoned, Zyklon B is making a comeback in Arizona. According to official documents reviewed by The Guardian, Arizona spent more than $2,000 several months ago to buy chemical components necessary to manufacture hydrogen cyanide, otherwise known as Zyklon B, the gas used by the Nazis in extermination camps.

Local authorities have conducted tests to rehabilitate a gas chamber at the state penitentiary complex in Florence, Arizona, and to evaluate its “operability,” in other words, how airtight it is. “Some of the techniques used to test the security of the chamber were astonishingly primitive,” the newspaper pointed out. The flame of a candle was placed in front of the windows and the door. If it didn’t move, the room was considered as “ready for use.”

In the United States, the last execution by gas was in 1999, in Arizona. Walter LaGrand, a German national, died after an agonizing 18 minutes. Since then, most American states have abandoned such historic methods of execution including the electric chair, firing squad and the gas chamber in favor of lethal injection, judged to be less painful. In Arizona, it was put on hold in 2014 after the ordeal of Joseph Wood, who died two hours after he received the injection.

Use of the gas chamber was declared unconstitutional at one point. In the middle of the 1990s, a federal judge in California found that it violated the Eighth Amendment’s provision for cruel and unusual punishment, recalls Simon Grivet, a historian of the United States at the University of Lille and an expert on the death penalty.

The decision was overturned on appeal, provided that the choice between death by gas and another means of execution was left to the condemned. In the future, those sentenced to death in Arizona will thus be able to choose between gas and lethal injection.

Memory of the Holocaust

Some 115 people remain on death row in the conservative state of Arizona. Many states are now pulling back from executing people by lethal injection. “For five years, they have contended with a block on the international sale of the barbiturates necessary for lethal injection and are turning toward new strategies of more traditional executions,” Grivet explained. But the use of Zyklon B makes one wince. “You have to wonder what Arizona was thinking that in 2021 it is acceptable to execute people in a gas chamber with cyanide gas. Did they have anybody study the history of the Holocaust?”, railed Robert Dunham, executive director of the Death Penalty Information Center, in the pages of the Guardian.

Two death penalty “candidates” will soon inaugurate the gas chamber. “Frank Atwood is prepared to die,” said his lawyer, Joseph Perkovich. “He is a man of Greek Orthodox faith and is preparing for this moment. But he doesn’t want to be tortured and subjected to a botched execution.” No date has yet been fixed.

About Peter Lopatin 55 Articles
After retiring from a 25+ year career in corporate and business law some years ago, I became an ESL teacher, which I continue to do part-time. I am also a published writer of short stories, poetry, essays and book reviews. My love of the French language has been a constant and I have worked to refine my command of French over the years.