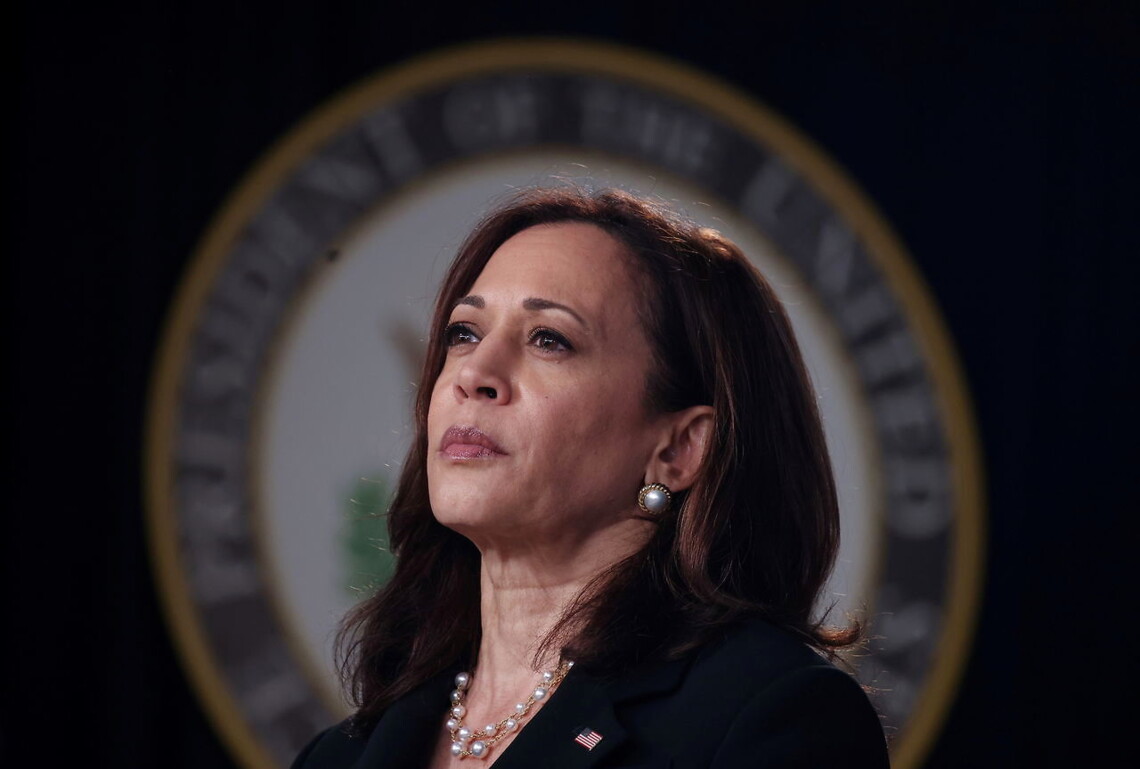 People praised her as the first female vice president and vice president of color. Joe Biden’s appointment of Kamala Harris paved the way for her to possibly become the next president of the United States. Nevertheless, she fails to deliver. An interview with NBC has not made it any better.

Not surprisingly, the clip from NBC’s interview with Kamala Harris has gone viral.

It signals that the vice president is unprepared even for her most important task. This is just the latest example indicating that she may not have what it takes to succeed Joe Biden as president of the United States.

Her first trip abroad, which took place during the same week Biden went on his first trip to Europe, should have, instead, reflected credit on Harris.

NBC’s interview with Harris overshadowed her visits to Mexico and Guatemala, which focused on the record-breaking influx of undocumented immigrants coming to the U.S. from the south.

As far more immigrant-friendly tones of the newly elected president and vice president attracted numerous undocumented immigrants at the beginning of Biden’s presidency, a major crisis developed at the southwestern border of the United States.

A record number of unaccompanied minors arrived illegally, which on the U.S. side of the border resulted in overcrowded centers where children had to sleep side by side on the floor in cages. Altogether, this led to the first major crisis for Biden.

Two and a half months ago, Biden tasked Harris to lead the response to the galloping crisis, but since then she has received criticism over her refusal to visit the border, not least from Republicans and conservative news outlets.

NBC’s Lester Holt asked Harris why she had not yet visited the border. Her ill-prepared answer created quite a storm and debate.

Then Lester Holt stated, factually correct and drily: “You haven’t been to the border.”

“And I haven’t been to Europe!” Harris replied with a dismissive laugh. “And I mean — I don’t understand the point that you’re making.”

The point was otherwise straightforward: Harris’s task 75 days ago was to solve the crisis, and she has not yet visited the border area. This brings about uncertainty as to whether she takes the crisis seriously.

According to Axios, the number of migrants illegally crossing the U.S.-Mexico border is the highest in 15 years.

Harris does not seem to be fully in control of the task, which is the ultimate test of her crisis management skills. Add to this that in 2016, Donald Trump won not least on his demand for a tough immigration policy. After all, voters can very easily blame Harris for the border crisis.

It does not help her that simultaneously she is under pressure from her own party’s left wing.

“First, seeking asylum at any U.S. border is a 100% legal method of arrival. Second, the U.S. spent decades contributing to regime change and destabilization in Latin America. We can’t help set someone’s house on fire and then blame them for fleeing.”

There is another reason for Harris’ paralyzed look: Although she now says that people from Guatemala should not be U.S.-bound, in 2017 she said, “An undocumented immigrant is not a criminal.”

Guatemala’s president, Alejandro Giammattei, is tearing open the wound: After Harris met him in Guatemala, in an interview with CBS News he blamed Biden and Harris for the new influx of immigration to the United States.

Giammattei stated clearly that human traffickers in Guatemala, also known as coyotes, immediately used Biden’s messages, which had changed since the Trump era. “The message changed to, ‘We are going to reunite families and we are going to reunite children,'” Giammattei said. “The very next day the coyotes here were organizing groups of children to take them to the United States.”

When Barack Obama originally selected Biden as his vice president, it was not least to get someone who could complement him in areas he could not fill.

Obama chose Biden, among other reasons, because Biden was white, had more political experience and had a broad network in Congress following decades spent in Washington, D.C.

Similarly, it was no coincidence that Biden — an older white man — chose a younger woman of color to be his political partner or running mate.

Just as Biden brought his experience as former senator to work under Obama, Biden hoped that Harris, as former senator, could build bridges to Congress to facilitate the legislative process and make cross-party collaboration flourish.

But with her slightly cool demeanor, Harris is not widely appreciated in Congress, and today it is clear that she does not enjoy the same trust at all, nor does she have the same network as Biden at the Capitol.

While Biden served for 36 years in the Senate before becoming vice president under Obama, Harris was only senator for four years before she became vice president.

It is not least apparent that she has failed to keep the most right-wing Democratic senator, Joe Manchin, in the fold in a U.S. Senate divided 50-50 on party lines, giving the vice president the tie-breaking vote.

The other day, Manchin announced that he would not vote for the massive election reform package that would make it easier to vote.

It is a gigantic defeat for the Democrats who have fought for the reform, the purpose of which is to prevent unending numbers of Republican-led states from restricting voting rights based on arguments of voter fraud and a stolen reelection in last year’s presidential election.

Manchin has also opposed his party’s desire to eliminate the filibuster — a special rule that makes it possible to obstruct new legislation — which will make it virtually impossible for Democrats to pass anything from police reform to gun control. Today, people say that Biden is the only one who will be able to convince Manchin to adopt a different position.

Harris definitely cannot. However, she also stepped on Manchin’s toes right from the beginning.

Just two weeks after the inauguration in January, the new vice president traveled to West Virginia, the state for which Manchin serves as senator. There she appeared on a local TV station with an ill-concealed hidden agenda to pressure Manchin to back the COVID-19 bill and get the relief package passed quickly.

But she did not get away with it.

It is an unwritten rule that the party leadership does not interfere with a senator’s domain without prior announcement, but, “No one called me,” as Manchin put it. Ever since, he has been a huge challenge for Democrats and the White House. It is likely he would have been so in any event. However, Harris’ appearance has not helped.

During the election campaign to become the Democrats’ presidential candidate, she left the field of aspiring candidates early as support for her candidacy was very low and donations rapidly dwindled.

According to Politico, Biden is now increasingly speculating on running for reelection in 2024, even though he will then be close to 82 years old.

He does so because he believes that he once again will be best equipped to take on Trump, as he did in 2020.

We are a long way from 2024. As of now, Harris has not exactly strengthened her presidential candidate profile.

*Editor’s Note: The original language publication of this article is accessible with a paid subscription.