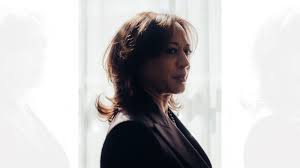 Well, the U.S. vice president came to Mexico and went to Guatemala to speak to their respective governments about migration and some other topics.

Perhaps I should start by saying that she did not visit Honduras or El Salvador. Maybe because the Honduran president has a brother convicted for drug trafficking in the U.S. and Salvadoran President Nayib Bukele, well … is Bukele.

So, let’s start by saying that she did not visit half of the countries that have refilled the border with migrants.

In Guatemala, Harris sent the message “do not come” because “you will be turned back.” In May, border patrol arrested 180,034 migrants, the highest number in one month since 2000. Perhaps the only good part is that there were fewer unaccompanied minors. But it cannot be ignored that the Biden administration is still using the Title 42 emergency measure instituted by Donald Trump, which allows the U.S. government to deport most of those who enter. Indeed, May’s numbers indicate that the majority were arrested under this code.

Harris did not bring many new ideas to the table in Guatemala and Mexico. The ideas were, of course, wrapped up in a generous and sensitive speech that had nothing to do with Trump and the Republicans, but I fear that sensitive speeches do little to solve this emergency situation.

Harris offered some money, mere scraps compared to the magnitude of the problem in Central America, repeating the long-standing effort of the U.S. to develop the region’s economy and the well-being of its citizens, the results of which we are seeing now.

Regarding Mexico, our government’s most sensible request, a serious expansion of temporary work visas was sent to a committee to be considered. In other words, nothing. What is clear is that Mexico will continue surveillance at its southern border to hinder the long and dangerous journey. But once again, we have already been doing that for years and the numbers show that little is changing, beyond the fact that migrants are facing increasing dangers.

So, a new tone, but nothing much solid. Of course, they are talking to us more nicely.

About Lisa Carrington 61 Articles
Lisa is a freelance translator in English, Spanish and Portuguese. She has a BA in Spanish for Translation and Portuguese and is a Member of the Chartered Institute of Linguists. She is passionate about languages, specifically translation.