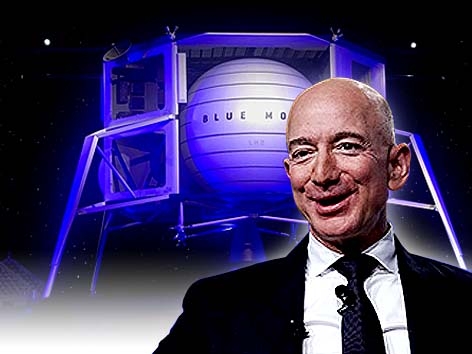 Humans first flew to space 60 years ago. On April 12, 1961, Yuri Gagarin of the former Soviet Union orbited Earth’s upper atmosphere aboard the spaceship Vostok 1 for 1 hour and 48 minutes. The United States went to the moon first. When Neil Armstrong set foot on the surface of the moon for the first time in history in 1969, the reality of the event did not live up to the mythical expectations people had for it. Japan produced its first astronaut in 1990, South Korea in 2008.

However, these people were all highly trained astronauts, not ordinary tourists. Space tourism is considered to be in the realm of the far future. Although it is reported from time to time that a few foreign billionaires have paid astronomical amounts of money to travel to space, the general public cannot have that experience.

The person who created excitement about making space tourism possible for ordinary people was Tesla CEO Elon Musk, who founded the private space exploration company SpaceX. Four years ago, Musk boasted that he would send humans to Mars by 2024, setting the cost at $100,000-$200,000 per person.

However, Amazon founder Jeff Bezos has shocked the world by declaring that he plans to visit space after he steps down as Amazon’s CEO next month. On Instagram he wrote, “Ever since I was five years old, I’ve dreamed of traveling to space. On July 20, I will take that journey with my brother. The greatest adventure, with my best friend.”* Bezos plans to fly 100 kilometers (approximately 62 miles) above Earth’s surface in the first crew capsule made by Blue Origin, a private space exploration company he founded in 2000, and enjoy the view in the upper atmosphere before returning to Earth via parachute. It seems to be a blow to Musk, who had developed the image of being a leading space pioneer.

Some cynically ask how humans, who can’t even handle infectious diseases like COVID-19 or dig up all of Earth’s secrets, could think about exploring space. However, when we examine human history, there was little systematic, step-by-step progress. Homo sapiens evolved with a peculiar curiosity and greed that it could not control. This may be man’s greatest quality. Perhaps for this reason, people from all over the world will respect those who rise to the challenge of space travel.

However, on the other hand, it is true that watching these American businessmen invariably fills one with envy. This is because those who have made large amounts of money with their innovative ideas are using it to take on great risks to challenge mankind’s dreams, and not holding onto their wealth or passing it on to their children or becoming complacent. Instead of making money through real estate or applying their talents to petty things like political power, will there ever be a capable Korean who works to advance humanity?