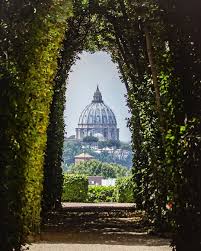 There is a moment in the history of democracy when everything is at stake in the fight for the right to vote.

Strange news keeps coming, with events like none this century has ever seen before, of much interest to Xi Jinping. This week more than 50 Texas lawmakers have fled their state to take refuge in Washington in order to stop Republican Governor Greg Abbott from forcing them to go to the state capitol in Austin to vote.

It’s not the first time these representatives have abstained in order to avoid the quorum of two-thirds required for the reforms Republicans are using to try to limit voting rights. But this time, the governor has ordered their arrest, suspended their salaries and positions, and intends to convene as many special sessions as necessary to make them surrender.

This battle is part of the legislative wave launched by the Republican Party meant to drive Democrats from the polls. Beginning after Donald Trump’s defeat, their goal has been to obtain congressional and Senate majority in the 2022 midterm elections, ready to regain the White House in 2024. Part of the belief, accepted mostly by Republicans, is that it was Trump who won the election, not Joe Biden. So instead of making it easier to vote, they must make it harder, to avoid the huge fraud that never existed.

The fight affects every institution, from the Supreme Court, which has already ruled in one case in favor of the Republicans, to the capitol city of Washington, where Trump supporters have a blocking minority in the Senate that impedes any federal legislation that protects the right to vote. Biden has described this civil right as the moral cause at the heart of his presidency.

This strange 21st century news has remarkable historical resonances. The Republic of Rome was forged from the so-called Aventine Secession, when plebeian citizens tried to organize a city separate from the aristocracy on one of the seven Roman hills: Aventine Hill. From the conflict, arose the tribunes of the plebs and representative democracy. Also known as the Aventine Secession was the boycott of Benito Mussolini by democratic members of the Italian parliament in 1924 in a bitter and defiant act of peaceful resistance to the dictatorship, after fascists murdered congressman Giacomo Matteotti.

Just as in the past, the future of democracy, now in the United States, depends largely on the Aventine—of Texas.