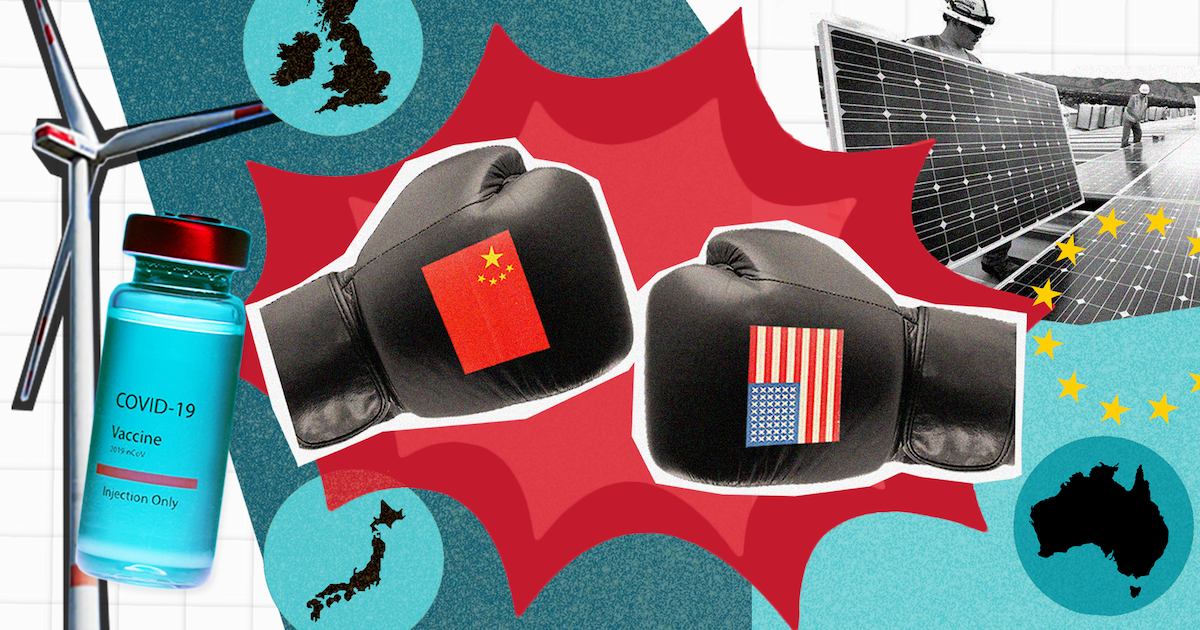 During his first inspection of intelligence agencies after taking office, President Joe Biden stressed that the United States must remain at the forefront of technological development. He mentioned that when he was a senator more than 30 years ago, the U.S. ranked first in the world in terms of investment in science and technology development as a share of gross domestic product, but now it ranks only eighth, while China’s ranking has jumped from ninth to second place.

Looking back at the past half year, the Biden administration has forged a new path in the U.S.-China technology competition. Compared to the decoupling strategy taken by the Trump administration, Biden has placed more emphasis on amplifying the gap between the U.S. and China’s technology “gas pedals,” and on widening the technology gap with China during the catch-up period. It has been difficult to focus on the effect this strategy will have for U.S.-China science and technology competitive dynamics in the short term, and it requires added vigilance.

The second is “Asymmetric Competition: A Strategy for China & Technology,” released by the China Strategy Group think tank in January 2021. The report uses competitive analysis and extrapolation to propose four aspects of the U.S.-China science and technology competition: choke points, zero-sum competition, security risks and gas pedals. The report particularly emphasizes the nonlinear nature of competition in science and technology and calls for the U.S. to pay more attention to some basic frontier technologies with areas of broad application.

The outside world has paid more attention to the inheritance of a decoupling strategy in these two reports, but less attention to the conceptual changes in U.S. competitive strategy. Since the Biden administration took office, the gradual transformation of the above recommendations into policy practice is changing the overall picture of U.S.-China competitive dynamics in science and technology.

One change involves accelerating the exponential leap in investment in science, technology and innovation. Congress has made it a legislative priority to pass the Endless Frontier Act and subsequent amended versions. Under the current version of the bill, the U.S. will invest $190 billion in basic research and development over the next five years in the National Science Foundation, the Department of Energy, NASA and other agencies. Under the Biden administration’s latest budget request, the National Science Foundation will receive $10.2 billion in the new fiscal year, a 20% increase from the previous year. This means that the U.S. has changed its previous practice of basically tying the growth rate of basic scientific research investment to inflation, allowing scientific research investment to leap forward exponentially.

Second, Biden is using active stimulus measures to compensate for the shortcomings of the U.S. innovation process. The Biden administration and Congress are promoting government subsidies and tax breaks for the revival of the semiconductor industry, with the scale of capital investment surpassing $50 billion. This approach is contrary to the traditional U.S. small government concept. However, the U.S. domestic next-generation semiconductor industry chain has become a “key gas pedal” in promoting defense, communications, artificial intelligence and other capabilities, so the priority of investment in this area has gone beyond that of traditional infrastructure.

Third, Biden is expanding the U.S. advantage by making the first move to negotiate technology rules and digital trade issues. The “Asymmetric Competition” report recommends that the United States strengthen zero-sum competition in the areas of digital finance, digital markets and digital development applications, and proposes driving digital economies on both sides to go their separate ways. This strategy is currently being put into practice.

The above changes will present a triple threat to China. First, the competition of China and the U.S. in science and technology projects, talent and markets will intensify. Compared with the uncertainty of “choosing sides” brought about by the decoupling policy, China may face more severe external competition in the future. The rapid increase in U.S. research investment will have a siphoning effect, robbing the world of Chinese talent and research projects. This will put higher demands on China’s ability to enhance its ability to attract talent and build its innovation environment.

Third, the risk of the United States changing lanes in science and technology is surfacing. With increased investment in research and development, the U.S. is gradually easing its catch-up anxiety with China and is no longer seeking to compete head-to-head in areas such as 5G and applied artificial intelligence. The U.S. is focusing greater resources and energy on reestablishing dominance in the next round of the technology revolution, and its focus may shift to areas that are not yet mature, such as strong artificial intelligence, quantum computing and genetic engineering. This means that U.S. research and development investment will likely take longer to fully materialize, posing difficulties for other countries that want to catch up.

*Editor’s note: In politics, diplomacy and export control, “dual-use” refers to technology that can be used for both peaceful and military purposes.

The author is an associate researcher at the Institute of American Studies, China Institutes of Contemporary International Relations.