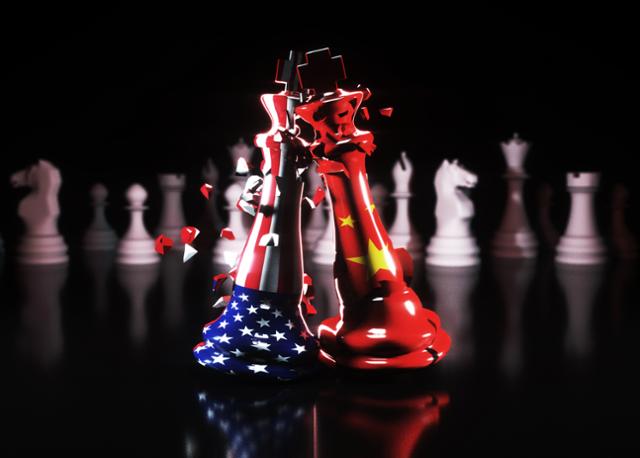 Competition for hegemony between the U.S. and China is a hot topic recently in world politics. In particular, the conflict between the two countries over artificial intelligence, semiconductors and 5G technologies is of utmost interest. The battle for technological hegemony between the United States and China is not just a matter of technology, but is an intensive competition involving the fields of military power and security, economic power and prosperity, and the cultural ideological values of both countries.

Historically, hegemony was not conditioned on technological superiority, but a result of it. After the Civil War, the United States became the center of the world’s manufacturing industry through rapid industrialization, surpassing Britain’s gross domestic product in the 1880s, and even surpassing Britain’s per capita GDP in the 1920s. At the time of World War I, American military technology fell short of British and German military technology. Despite the performance of the U.S. Navy Advisory Committee, which consisted of some of the best mechanical experts in the United States, including Thomas Edison, it did not outperform German and British military technology.

One needs to view the competition between the U.S. and China for technological hegemony in the longer term, as part of the evolution of the two countries’ technological innovation systems, and of their military, economic and ideological capabilities, rather than viewed in terms of current technological superiority. From a technology perspective, the core of South Korea’s strategy in responding to the competition between the U.S. and China for technological hegemony deals with which technology Korea can continue to bring to the global market, and what kind of future society we will choose and create based on technology. Although it is important to maintain the dominance of semiconductors for the long term, it is also necessary to prepare and implement strategies for making post-semiconductor products and realizing the possibilities and challenges of new technologies.

International cooperation and international norms are essential to identify and coordinate responses to problems caused by killer robots in charge of national security, leading production by artificial intelligence robots, heterogeneous combinations of humans and machines, and expanding the metaverse. Mid-sized countries, including South Korea, should join together to lead international cooperation in this time of competition between the U.S. and China on issues as important as who becomes the world’s political hegemony.

About Anukrati Mehta 11 Articles
A Journalism and Communication graduate, Anukrati Mehta is a Korean translator for Watching America. She spent two years as a content creator for major companies in the U.S.A and Asia before turning her attention to her lifelong desire of becoming a multilinguist, which eventually led her to this role. When not absorbed in transcribing news articles for Watching America, Anukrati can usually be found listening to philosophy podcasts, sampling new movies, teaching Korean to students, or planning the perfect vacation. She is currently trying her hand at learning Japanese and playing the ukulele.