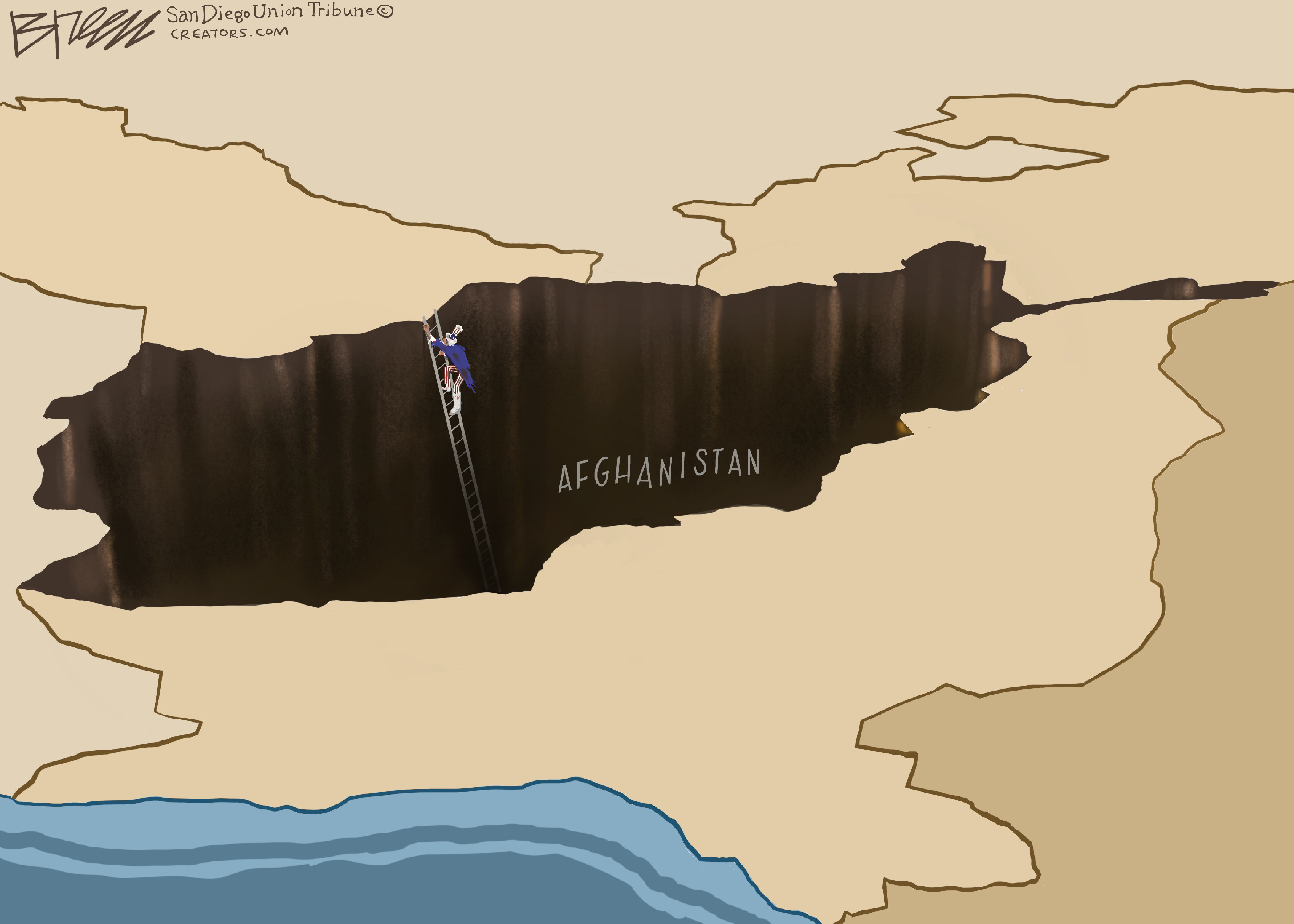 The Taliban’s proclamations of not harboring terrorists and letting the opposition leave the country might be more credible than those of showing tolerance under their regime.

The quick collapse of the 20-year intervention of the United States and its allies that has taken place over the last few weeks comes to an end today. And it ends as a resounding failure, despite the argument — as Boris Johnson claimed yesterday — that the mission has been accomplished because jihadi attacks were prevented and the presence of al-Qaida was eliminated from the Afghan sanctuary. The original aim of the intervention — following the 9/11 attacks — was left far behind, after two decades of occupation, thousands of lives lost, hundreds of thousands of refugees and billions invested in shaping government structures, the armed forces and Afghan society itself. When the last of the U.S. troops exit Kabul today, they will not leave behind a trustworthy, allied country, nestled between the borders of former Soviet republics, Iran, China and Pakistan. From a geostrategic point of view, what the U.S. leaves behind is no longer a tribal regime that is isolated in its mountains, but a vacuum which China, the USSR, Iran and the Gulf monarchies are already rushing to fill. Meanwhile, the West is left with no presence at all after failing to give the regime diplomatic recognition. The United States has summoned its allies next Monday in order to discuss its position after the withdrawal: a futile gesture of multilateralism after refusing to comply with the requests of several European countries over the last few days. And, possibly, the gesture comes too late.

The Taliban movement that sheltered Osama bin Laden is once more in power. Now, however, proclaiming that they will respect the lives of those who, until recently, were their adversaries, together with vague promises of tolerance and respect toward women. The grounds for suspecting the honesty of these claims are more than substantiated. And in a matter of days, the Taliban will be able to prove how much they are willing to abide by the terms with which — it should not be forgotten — the Trump administration left the country in their hands so he could withdraw the troops. It was a departure with a set date that left his successor without room to maneuver, overwhelmed by the circumstances.

The first commitment that will be put to the test will be allowing those Afghans who want to leave the country to do so. The United Nations Security Council demanded yesterday (China and Russia abstained from voting) that the Taliban should ensure that their territory will not be used to threaten or attack any country and guarantee the free movement of their people. The reasonable expectation is that, with an openly hostile local branch of the Islamic State, it is not in the Taliban’s immediate interest to become once more a sanctuary for terrorists. Although not going so far as to tolerate U.S. activities in their territory by way of drone attacks — which Joe Biden intends to maintain — that would cause potential innocent civilian casualties.

The guarantees of free departure from Afghanistan should be realized through the creation of a safe zone in Kabul’s airport that would be managed by the United Nations or by countries with the ability to reach agreements that would be acceptable to the Taliban; countries like Turkey or Qatar. Trusting that the conditions for evacuation will be safe without this kind of presence on the ground implies a great deal of trust. Perhaps the easier option will end up being that the Taliban allow the exit of people who are opposed to their regime, and not that the West opens its doors to many more refugees besides its direct collaborators, to whom it has an inescapable moral debt.