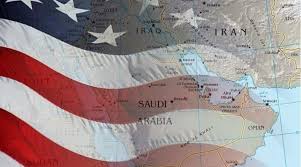 The withdrawal of U.S. and NATO troops from Afghanistan and the victory of the Taliban there will strongly influence the situation in the Middle East. The U.S. decision to refrain from intervening in the conflicts of other countries means that the entire American doctrine relative to defending security in the cradle of terrorism has reached the point where there are questions about what the new strategy will be.

The chaos created at Kabul airport during the last days of the U.S. presence in Afghanistan will serve as an example of what is possible to many leaders in the Middle East. For some time now, leaders in the region have shown a willingness to seek security solutions through public or secret agreements among themselves — regardless of whether or not they consider each other their greatest enemies…until now. These agreements are sometimes sponsored by the U.S. to minimize its future role in defending those countries, as well as its role in the potential moves among former enemies. During the Donald Trump administration, the U.A.E. and Bahrain publicly signed agreements with Israel, changing the Arab League members’ old approach of not negotiating with Israel until it resolved its conflict with the Palestinians. Morocco and, to a certain extent, Sudan, followed suit, leaving the door open to improved public cooperation with Israel, including at the business level.

Saudi Arabia has not signed any agreement with Israel and does not oppose the new policy toward it, giving sufficient signs that it is also cooperating in line with its interests, and doing so without any public announcement.. It was known that these three Gulf states were interested in cooperating with Israel, as they saw Iran as a common enemy. That is no longer true, as these Arab states soften their rhetoric against Tehran. Their clear intention is to appease their traditional religious enemy and to resolve their differences without getting involved in broader U.S. interests in the region. Through local war leaders, Syria, Iraq and Libya will remain battlegrounds between different external forces. This means that their influence over the broader situation in the Middle East will remain limited. Lebanon is experiencing the deepest crisis in its history. On behalf of the Americans, Qatar is talking to the Taliban to preserve at least some contact with them. Egypt is negotiating with Hamas in Gaza to ensure that a ceasefire between Hamas and Israel continues.

Thus, what is significant in this context is the decrease in American influence in the Middle East. This is an important factor that is putting pressure on every country to find their own solutions through public or secret agreements with those who have the potential to create future security problems.

For its part, the Israeli government understands that it must maintain some kind of dialogue with the leader of the Palestinian state and the Palestinian National Authority, Mahmoud Abbas. This is seen as a way to maintain the coalition in government with the Arab Democratic Party and a way of discouraging Hamas in the Gaza Strip from spreading its influence into the West Bank. That situation would present the most serious threat to Israel’s security in years.

The problem that remains is the conflict between Israel and Iran. President Joe Biden still believes that an agreement to resurrect the nuclear deal can be reached with Tehran to limit its ability to acquire nuclear weapons. Israel does not support this effort, but it has no power to stop the Americans from continuing to try. If the U.S. reaches an agreement with Iran, there will be no way for Israel to push Washington into deepening any conflict with Tehran.

The U.S. withdrawal from Afghanistan is an example of changes in U.S. policy toward the wider region that will likely influence every country in that area. These countries must reconsider what they are able to do on their own, and refrain from automatically assuming that America’s enemies are their own enemies and try to be as pragmatic as possible. The main problem is that of the absence of a strong external force that could not be replaced by another. That is a factor that will bring unexpected but, unfortunately, fleeting solutions.

If the situation today is as intricate as that of the Greater Middle East in the past, that’s no reason to think it will not get even more complicated — especially as the U.S. withdrawal from the 20-year civil war in Afghanistan was the result of pressure from a local group as radical as the Taliban.