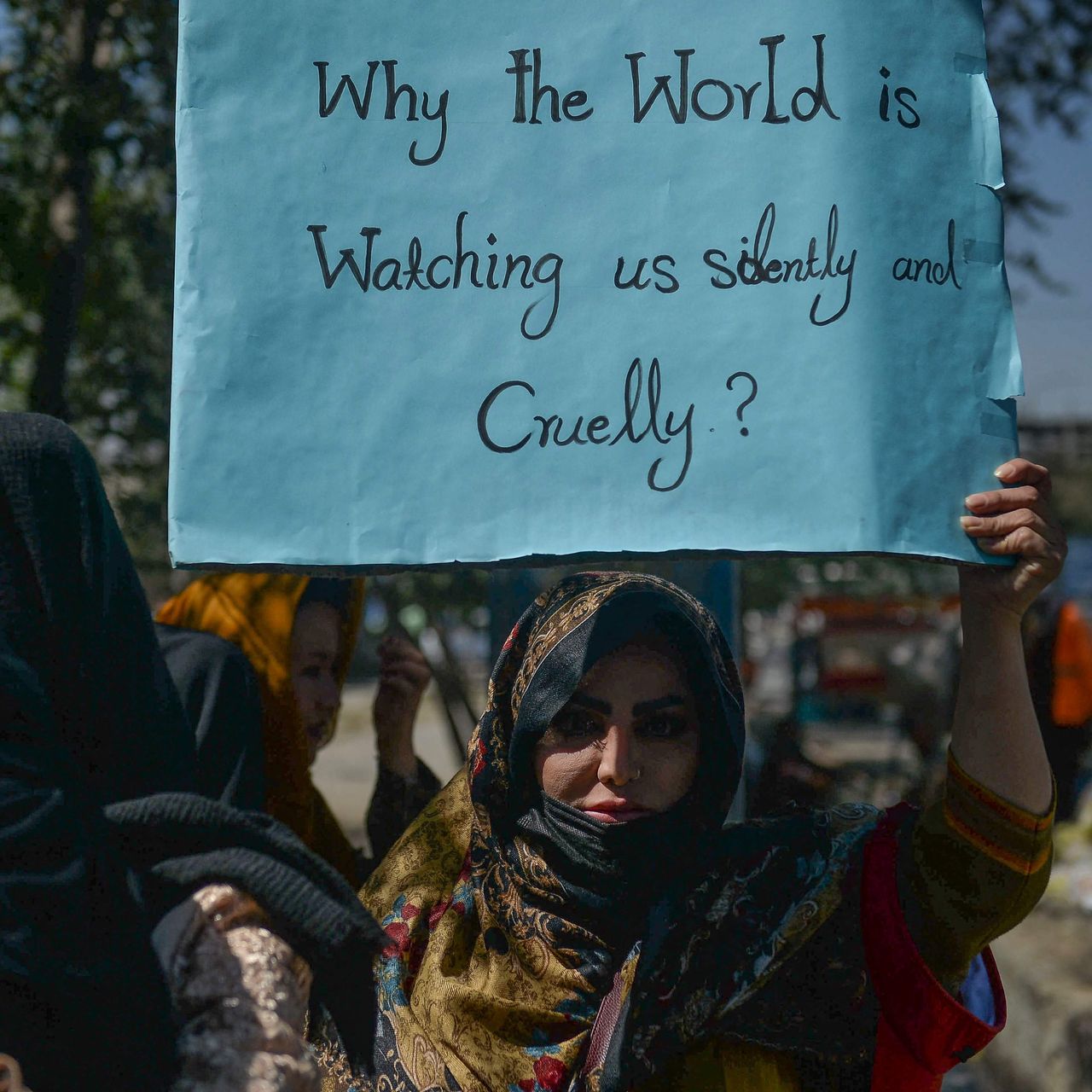 The only good thing about all this is that T-shirt feminism, that which says “we should all be feminists,” will finally be unmasked. But don’t ask me how.

I wonder what good it does Afghans that Kamala Harris is one of the most powerful women in the world, and that the American woman has reached this milestone through an exercise of power identical to that carried out by rich white men. Joe Biden admitted the discursive hypocrisy spread during the last two decades and has remained as broad-minded: Our objective, he said, was never to establish democracy in Afghanistan, but to put an end to terrorism. In other words, the military intervention had no other purpose than to protect the only human beings worthy of being considered as such; those who won the lottery of being born in the right nation. The rest of the planet’s inhabitants deserve neither the freedom, equality nor justice of the free world. The axis of evil, and the supposed export of fundamental rights, is over. What difference does it make from now on if Afghan women are wiped off the map, condemned to renounce all semblance of dignity, or are buried alive for having been born into the wrong sex?

This is how the great conquest of power by the first Black woman of Asian origin becomes a frivolous slogan that has nothing to do with the profound transformation of the world proposed by feminism and anti-racism. Harris recently subscribed to Biden’s words, affirming that the withdrawal of America’s troops was the right thing to do. A hasty withdrawal that abandons to their fate all those who, in one way or another, were part of the attempt to democratize the country, as well as — and especially — the many others who will pay with their lives for the decisions of international geopolitics taken aseptically in comfortable offices.

What do we notice here about the sex and origin of the vice president? The intersectionality so often claimed by feminism vanishes when non-white women are not American or Western. And in order to justify this shameful cynicism, the hackneyed lies about the situation of the victims of theocracies have re-emerged and spread with propagandistic virulence: that slavery and lack of freedom are simply part of their culture and DNA.

The only good thing about all this is that T-shirt feminism, that which says “we should all be feminists,” will finally be unmasked. But don’t ask me how.

About Stephen Routledge 124 Articles
Stephen is the Head of a Portfolio Management Office (PMO) in a public sector organisation. He has over twenty years experience in project, programme and portfolio management, leading various major organisational change initiatives. He has been invited to share his knowledge, skills and experience at various national events. Stephen has a BA Honours Degree in History & English and a Masters in Human Resource Management (HRM). He has studied a BSc Language Studies Degree (French & Spanish) and is currently completing a Masters in Translation (Spanish to English). He has been translating for more than ten years for various organisations and individuals, with a particular interest in science and technology, poetry and literature, and current affairs.